How freaked out was NPR after the "Send Her Back" chants went around at Trump's rally in North Carolina? On NPR's nationally distributed afternoon show Here & Now on Thursday, host Robin Young heard "brownshirts from Nazi Germany," and NPR political director Ron Elving asserted we were living in an Orwellian dystopia. 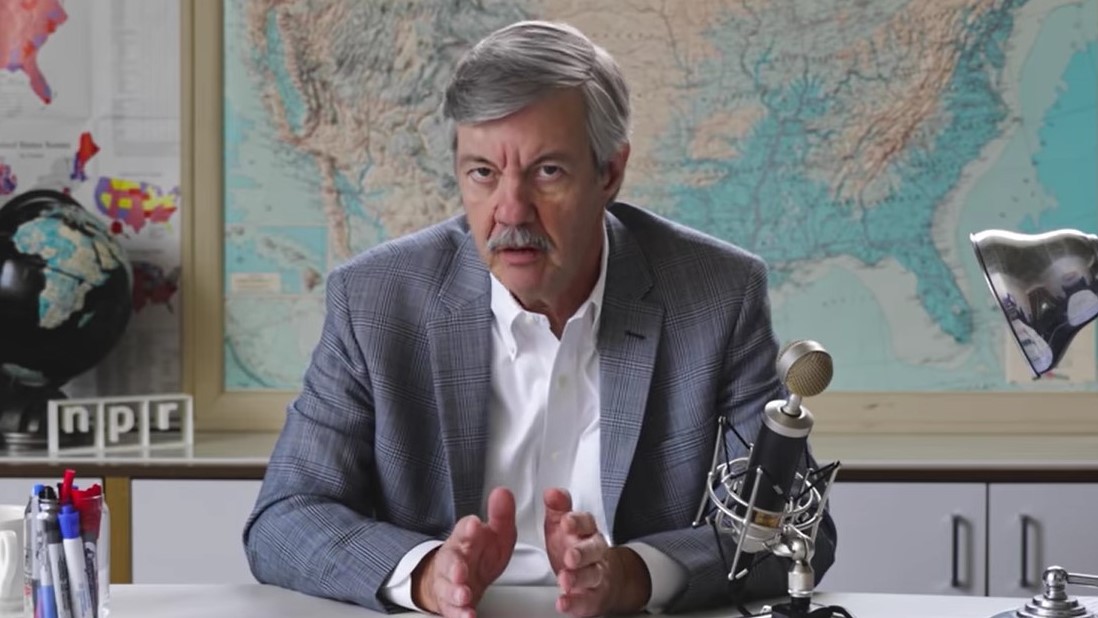 RON ELVING: It's remarkable. We seem to be living out the nightmare of George Orwell's 1984 here, where the president actually sat there on television and said he wasn't happy with that message that they gave out last night, even though it was the president himself had been giving out, not only in his tweets on Sunday, but every day this week, doubling down again and again on the message that these congresswomen should go back to where they came from.

As usual inside liberal bubbles, they was zero discussion about the statements or policy proposals of the Squad....only outrage that they would be mocked. Robin Young said "Let's be frank about this. It was chilling. It sounded like Brownshirts from Nazi Germany. The president did nothing to stop it. He said to reporters today that he did!"

Young added in horror, "We're going to hear this chant at every single rally! Do you think that dawned on the president as well?" She also compared Omar to Martin Luther King. "There are [were] a lot of people, speaking out against this country, was hated at the time -- Martin Luther King comes to mind -- but that's part of this country. They're not told to leave."

They just hammered the same point for five minutes. Elving couldn't stand that America-bashers might be described as not patriotic:

ELVING: The president is not only impugning their patriotism, but is he also saying that because their policies are repugnant to him, and to many Republicans, and maybe many Democrats as well, at some points, that they should leave. what does that mean? It means unless you agree with him on policy, you can't stay in the country? Or you don't have a right to stay here, even though you were born here, and elected to the United States Congress? That's a rather strange argument to me, you know, to say, you know it's not racism, it's their policies. Alright, I can see that distinction. but either way you're saying because we find you obnoxious, your policies or your race, you should leave and go back to a country you've never lived in.

NPR could take a peek at Rich Lowry or Karl Rove for a refresher on some of the things Omar says that support the notion she's no fan of the United States on the world stage. From her native Somalia to Venezuela, our country is cast as a bad actor.