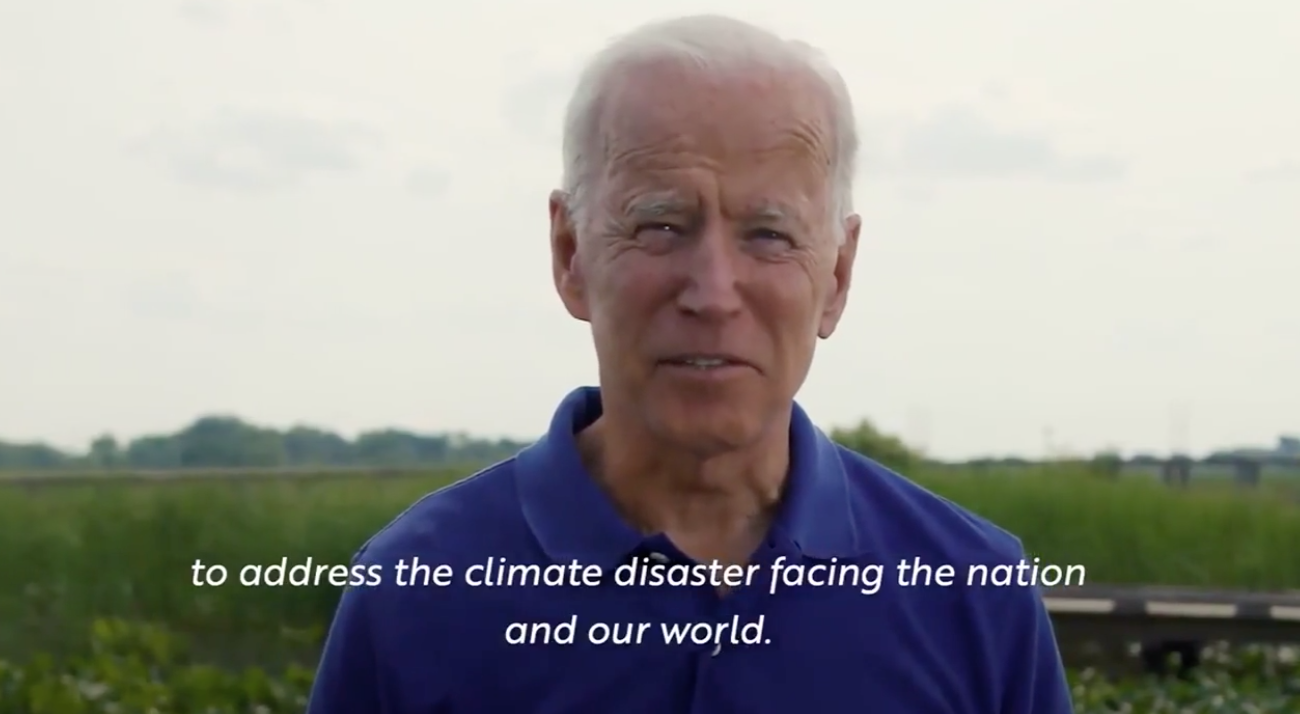 The Atlantic called it a “mini green new deal” and Biden claimed it will create around 10 million jobs while reducing U.S. net-emissions to zero by 2050. Sure. The media might hit Biden over plagiarism in the plan, but don't expect them to challenge the feasibility of a Green New Deal as business leaders have.

The liberal media have either promoted a Green New Deal (like the Atlantic) or ignored the kooky plan (like the networks), but politicians continue to peddle its economic and carbon fantasies. However, quite a few CEOs have been critical. That included prominent liberals like Microsoft CEO Bill Gates who said, “It’s not realistic.” Possible presidential candidate Howard Schultz of Starbucks fame called it “fantasy.”

Even Former Mayor Michael Bloomberg who has spent millions fighting to end coal usage because of climate change lambasted the Green New Deal resolution as unaffordable and “pie in the sky.”

Many business leaders have complained about the economic harm or expense of a Green New Deal. Even though the original resolution promised “economic security,” “guaranteed jobs” and “millions” of well-paying jobs, corporate leaders from tech, to banking, to energy production aren’t buying the positive economic claims of Green New Deal enthusiasts.

Unlike the Democratic field and left-wing media, business leaders aren’t wrapping their arms around it.

The Sierra Club promoted the Green New Deal as a “big, bold transformation” that would “achieve” millions of jobs and “lower” energy costs,” among other things. Business leaders say such policies would do the opposite; shutting down industries and rippling through the economy to harm others.

Coal company CEO Mark Jensen of American Resources Corporation told Fox Business Network on May 28, the Green New Deal would “devastate” the industry. Not just the coal industry he’s in, but much more.

Connecting the dots from coal to steel and steel to the overall economy Jensen added, “our economy is built around infrastructure, it’s built around buildings.”

It would even have an international impact because “all infrastructure growth worldwide comes from our products and the steel that we produce is of the highest quality because of the coal — we’re the essential key component, the building block that enables that to happen,” Jensen said.

Gates also saw negative repercussions of a Green New Deal writing, “It’s not realistic to think that people will simply stop using fertilizer, running cargo ships, building offices, or flying airplanes. Nor is it fair to ask developing countries to curtail their growth for the sake of everyone else.”

Possible independent presidential candidate and former Starbucks CEO Howard Schultz also harshly criticized the Green New Deal, especially in context of the “immoral” levels of national debt. He called it “so insincere” to be “floating ideas that they know are not possible.”

On its face, 100 percent, non-fossil fuel energy might sound great to some. But making it reality could cause so much economic pain at least one oil industry CEO anticipated failure.

ExxonMobil CEO Dan Woods said he thought support for the vague Green New Deal resolution would falter because “energy is such an important part of people’s daily lives and their standards of living.”

“As you think about these big ideas and translate them down to smaller practical steps you take, people become very cognizant of what that, what the impacts are for individuals,” he told CNBC on March 7. “[A]s that starts to happen, I think people’s views change as to how far they can go and how quickly they can go.”

He said Exxon is trying to be part of the “solution” on climate change, but “we’re gonna need some technology breakthroughs.”

JP Morgan Chase CEO (and Democratic donor) Jamie Dimon also spoke out in March, telling CNN “I don’t spend much time worrying about things that I can’t effectuate. Can you focus on climate change in an intelligent way that doesn’t damage the economy? Yes, you can. It’s called CO2 emission taxes, or trading, there’s a couple of ways to do it. So you better do it wisely because you could hurt the economy, which hurts everybody.”

Given that the Green New Deal calls for a total reallocation of energy sources to renewables like solar and wind, it would be logical to think renewable energy firms would be enthusiastic about it.

The idea that you could go one hundred percent (clean energy) in ten years would require a lot of things happening perfectly, simultaneously,” SunPower Corp. CEO Tom Werner told Reuters in March. He heads one of America’s largest solar power companies.

Reuters reported that clean energy firms like SunPower were “withholding their support” because the plan was “unrealistic and too politically divisive” for the industry which wants to expand to red and blue states.

Greg Wetstone, president of the American Council on Renewable Energy, took issue with the Green New Deal’s socialist-style guarantees of new jobs, healthcare for communities “affected” by climate change and other promises.

“It creates controversy and complexity, tying this to issues that are not in our sphere,” Wetstone told Reuters.