In spite of the disappointing May jobs report showing only 75,000 new jobs, MarketWatch and CNBC reported signs of continued strength in the labor market that could help ease economic jitters.

MarketWatch reporter Jeffry Bartash asked, “Has the U.S. labor market really taken a big turn for the worse?” and answered, “A new pair of employment reports suggest the answer is no.” 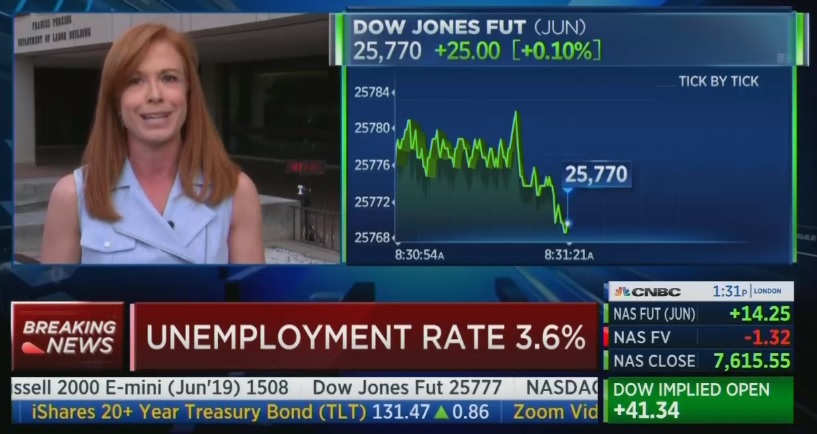 He cited a private study of employment that indicated “a steady if more subdued pace of hiring during the summer” and “near-record high” job openings (7.4 million) in April, which was coupled with an “extremely low” number of layoffs.

Bartash said applications for jobless benefits were also “extremely low,” continuing a net downward trend since January 2018. He also cited surveys showing that employment in the manufacturing and service sectors of the economy improved in May and another index created by The Conference Board showing “steady as she goes.”

Bunker acknowledged that economic slowdowns were inevitable, but added, “Just because this year won’t be as strong as last year doesn’t mean a recession is looming.”

CNBC.com was encouraged that Labor Department data on hiring and quitting (JOLTS) in April showed “record high” hiring by businesses. Even though that data lagged, it showed “the amount of available jobs still vastly outnumbers unemployed workers.”

CNBC.com Finance Editor Jeff Cox reported that the total number of hired workers rose to a new high of 5.9 million in April. That was a “gain of 240,000 from March,” according to the JOLTS data.

From May’s jobs report, the unemployment rate had not changed at all, staying at 3.6%, “the lowest since December 1969.”

The Labor Department reported that more workers quit in April. According to CNBC, the quits rate is an indicator of “worker confidence as people feel comfortable leaving their current positions for better opportunities.”