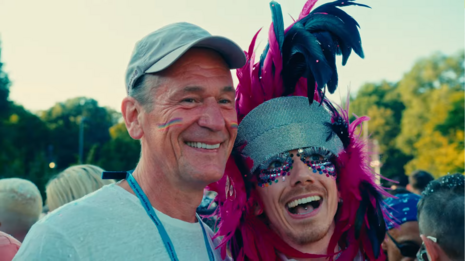 Döpfner’s media company, Axel Springer, bought out Politico for a massive $1 billion back in 2021. Ever since then, the Media Research Center has documented multiple instances of Politico’s far-left bias.

But that didn’t stop The Washington Post from presenting Döpfner as a champion of “nonpartisan” journalism in a Sep. 6 profile of the billionaire’s dreams for Politico’s future.

The German billionaire is reportedly “concerned” that “legacy” media outlets like The New York Times and even The Washington Post have been “drifting to the left.” But Döpfner also slammed “conservative media” as “under the sway of Trumpian” influence, according to the same Post story.

This is the same Döpfner who once claimed that “Trump speaks the language of the mafia,” in a 2017 column.

He also blamed the former president for the Jan. 6 Capitol riot in a 2021 op-ed, arguing that Trump had called “a coup against democratic institutions.”. “What does Trump have to do in order to be perceived by a sufficiently large number of Republicans as a democracy threat and thus no longer acceptable,” Döpfner whined.

Döpfner even told The Washington Post that he is in contact with a “circle of people that hate Donald Trump.”

But somehow, The Post seemingly could not make sense of Döpfner’s public disdain of Trump, calling the billionaire’s politics’ “something of a mystery.” What’s more of a mystery is how The Post can’t at least get a hunch as to the political leanings of a man who attended a lewd, leftist “LGBTQI+” parade in July. Warning: This video is EXPLICIT in nature.

The irony of a publicly anti-Trump billionaire inserting himself into American politics and prattling on about neutrality was apparently lost on Döpfner. “‘More and more journalistic brands are putting themselves into predictable political camps,’” Döpfner reportedly told The Post. “‘It is a very dangerous seduction to continue in that direction.’”

But The Post spoke out of both sides of its mouth, taking aim at Döpfner’s European culture, which apparently has less hesitation blending opinion and news than American culture.

“While calling for political neutrality from his U.S. media properties, Döpfner comes from a tradition of European publishers who are very much at ease blending ideology with news,” The Post wrote. The Post explained that Axel Springer staff in Germany are “required to sign” a woke ideological pledge to work at the company.

A public relations manager at Axel Springer confirmed to MRC Business over email that Döpfner "joined this year's Pride Parade" in "our large Axel Springer truck."

Conservatives are under attack. Contact Politico at 703-647-7999 and demand it stop pushing leftist politics under the guise of a “nonpartisan” media institution.