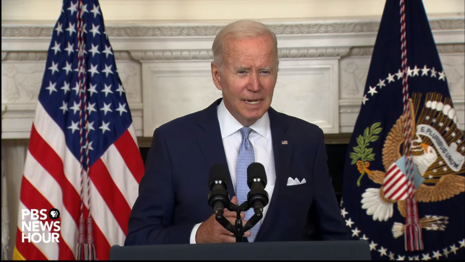 There was just one problem with that sordid attempt to get out in front of the news: The economy ended up contracting for a second quarter in a row, meeting the practical and long-held definition of a recession.

Bloomberg News, CNN, Reuters and MarketWatch promoted absurd predictions that the economy would expand in the second quarter, not contract. The federal government’s GDP statistics released this morning proved every single one of these outlets completely wrong.

The Bureau of Economic Analysis (BEA) shattered those publications’ divinations with its report of a 0.9-percent drop in GDP, which followed a 1.6-percent GDP contraction in the first quarter. Falling sales and investments in businesses and car dealerships were a few of the factors driving the plunge in GDP, according to the BEA report.

Bloomberg News on July 27 claimed that the economy was showing signs of having “eked out modest growth in the second quarter, skirting back-to-back quarterly contractions, but rising at a tepid enough pace to feed concerns of an eventual downturn.” The story was headlined, “US Economy Seen Narrowly Averting Back-to-Back Contractions.”

CNN didn’t hold back either. Roughly three weeks ago, CNN referenced “monthly data” pointing to “solid growth in the second quarter.” The headline this morning was markedly different in tone: “US economy contracts again, fueling recession fears.” The tone-deaf second part of the headline indicated that CNN is still busy at its spin game. Oops.

MarketWatch backed up its fake news compatriots in a story first published on July 27: “GDP likely grew at a meager 0.3% annual pace in the three months running from April to June, a Wall Street Journal poll of economists estimates.”

These stories followed a barrage of articles from the liberal pravda machine attempting to shield President Joe Biden from any responsibility for a recession. The Associated Press, Business Insider, Newsweek and some out-of-touch columnists from The Washington Post and The New York Times largely regurgitated White House talking points, asserting that we aren’t in a recession until the National Bureau of Economic Research says so.

Conservatives are under attack. Want to help expose liberal media bias? Contact Bloomberg News at letters@bloomberg.net, CNN at 404-827-1500, Reuters at 646-540-3000 and MarketWatch at mwfeedback@marketwatch.com and demand these outlets report honestly on the Biden administration’s responsibility for the economic downturn.