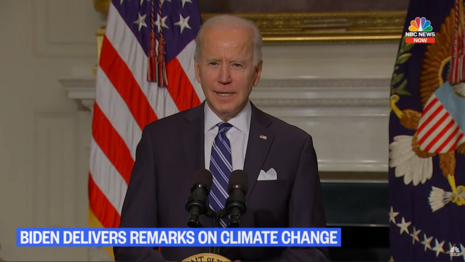 The same climate alarmism found its way into an exaggerated story by The Post about weather in Europe. That story warned of climate disaster, and even claimed that a heat wave in Europe could translate to a “‘heat apocalypse,’” reportedly referring to comments by French authorities. That propaganda piece was headlined, “Europeans shocked by ‘heat apocalypse’ as temperature records fall.”

The Post compared the U.S. in one story to a sinking ship with Americans living on borrowed time: “It is like a ship taking on water — if you wait to start bailing, you have to bail ever faster, and if you wait long enough, at some point you no longer have a chance to reach shore.”

Pressuring  the U.S. and Europe to take radical climate action was not enough for The Post. The paper attempted to frighten a collection of countries into draconian measures. “Every major emitter has to act or else each one’s progress, or lack thereof, will be moot,” The Post said in its story on the U.S.

The Post propagandized in its story on Europe that “Europeans are bearing witness to a heat wave unmistakably shaped by human-caused climate change.”

The Washington, D.C.-based swamp rag went on to call for a World Economic Forum-style, Great Reset-aligned shakeup of the economy to achieve Biden’s outlandish climate goals:

“Achieving [Biden’s] target would require a significant reshuffling of the American economy — millions of new electric cars on the road, transformations of key industries to rely more on renewable energy, and probably millions of jobs focused on making this happen.”

Another Washington Post article from July 19 revealed that Biden “is considering whether to declare a national climate emergency in the coming weeks” after his climate plan cratered in Congress. Climate Depot founder Marc Morano exposed the sinister implications of Soviet-style climate emergency plans on his website July 19:

“The Biden administration believes that when democracy fails to achieve its climate goals, it's time to bypass democracy and Congress and follow the COVID model. Climate activists have lusted after the COVID lockdowns as the model for climate lockdowns. The plan is to declare a 'climate emergency,' toss out elected representatives and follow China's one-party rule model by implementing energy restrictions through the bureaucracy.”

Conservatives are under attack. Contact The Washington Post at 202-334-6000 and demand it report on Biden’s energy crisis and the threat of climate lockdowns.