Tesla CEO Elon Musk called out environmental, social and governance standards as woke nonsense and slammed one of the most prominent ESG ratings companies in the world. 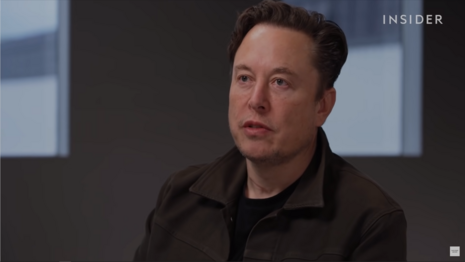 Ratings giant S&P Global gave Tesla the boot and removed the electric car company from its ESG 500 Index, citing “racial discrimination” and “poor working conditions” in a May 17 blog post. The next day, Musk fired back at S&P’s blatant double standard with a barrage of tweets, attacking the credibility of both S&P and ESG standards in general.

“Exxon is rated top ten best in world for environment, social & governance (ESG) by S&P 500, while Tesla didn’t make the list! ESG is a scam. It has been weaponized by phony social justice warriors,” Musk said on Twitter.

S&P’s banishment of Tesla from the list raised some eyebrows in the business world as Musk criticized ESG ratings agencies like S&P Global less than two weeks before S&P’s controversial announcement. “Stop the outrageous false ESG assessments, where Tesla gets a bad grade, but an oil company can get a good grade. Total gaming of the system!”

Musk went for the jugular and blasted S&P’s ESG ratings system in a later tweet as a “clear case of wacktivism.”

A clear case of wacktivism

ESG standards supposedly aim to disincentivize carbon production, among other activities, but reality reveals that S&P’s ESG scores are nonsense, even by its own metrics. ExxonMobil produced “more than 40 billion metric tons of carbon dioxide equivalent since 1965,” making it allegedly “one of the biggest contributors to global greenhouse emissions in the world,” according to Statista.

But Exxon, Apple, Microsoft and Amazon were — apparently — all eco-friendly enough to remain in the S&P’s good graces.

Musk also exposed the S&P for banshing his company off the woke ESG list “Despite Tesla doing more for the environment than any company ever!”

Despite Tesla doing more for the environment than any company ever! pic.twitter.com/ImxrhnRepj

But the man atop Forbes’ Billionaires list wasn’t the only one to see through S&P Global’s openly political ratings system. Utah lawmakers and politicians signed an April 21 letter that slammed S&P Global for “politicizing the ratings process. It is deeply counterproductive, misleading, potentially damaging to the entities being rated, and possibly illegal.” S&P gave higher ESG scores to Russian and Chinese-controlled energy companies than to American energy producers like ExxonMobil and Chevron.

S&P Global said it took Tesla off its ESG list because of alleged “racial discrimination and poor working conditions at Tesla’s Fremont [Calif.] factory, as well as its handling of the NHTSA investigation after multiple deaths and injuries were linked to its autopilot vehicles.” The blog also cited Tesla’s lack of a “low carbon strategy.”

Musk tweeted on May 18 that S&P Global “has lost their integrity.”

.@SPGlobalRatings has lost their integrity