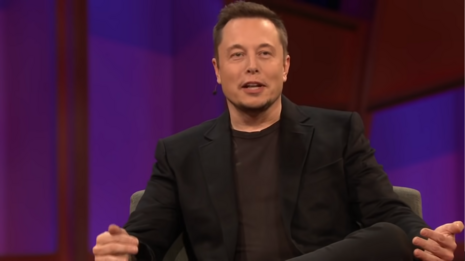 A new poll obliterated the liberal media’s attempts to hypnotize Americans into believing that a leftist green agenda is preferable to lower gas prices and U.S. energy independence. But to the horror of Al Gore superfans and radical environmentalists, the eco-brainwashing does not seem to have worked on the American people.

A recent poll by Rasmussen Reports revealed that a whopping 70 percent of likely voters favor increasing U.S. oil and gas production to discourage dependence on foreign energy imports. Only “18% oppose a policy of encouraging U.S. energy independence,” according to Rasmussen. The Washington Post claimed that buying an electric vehicle is one of the best ways to help the environment because gas-powered cars are “wasteful” and “bad for the environment.” The poll surveyed 1,000 “U.S. Likely Voters” and took place on March 3 and 6.

The Washington Post and other liberal outlets, like Bloomberg News, have repeatedly called for Americans to ditch gas-powered cars for so-called eco-friendly alternatives, like electric vehicles. Post opinion columnist Catherine Rampell even said the quiet part out loud in a Feb. 10 op-ed: “In the long run, we want incentives that entice people to shift their behavior toward less greenhouse-gas-intensive technologies.”

Hate to say it, but we need to increase oil & gas output immediately.

Vice President Kamala Harris and Transportation Secretary Pete Buttigieg asserted differently during a Clean Transit event on March 7. Harris opined: “Imagine a future” where the freight trucks and vehicles that support the economy “produced zero emissions.” Buttigieg absurdly claimed at the same event that Americans from “rural to suburban to urban communities can all benefit from the gas savings of driving an EV.”

Does it matter to leftists that the average cost of an electric vehicle in April 2021 was $51,532, according to Money.com? The average American household in 2021 was $79,900, according to a Department of Housing and Urban Development report.

It seems some don’t mind the cost of EVs. Talk show host and comedian Stephen Colbert gave a moralizing lecture to Americans about the morality of paying higher gas prices on March 7. He said: “A clean conscience is worth a buck or two.” He continued, “I’m willing to pay $4 a gallon. Hell, I’ll pay $15 a gallon because I drive a Tesla.”