Even in the face of obvious failure, the liberal media deflect blame for Venezuela’s economic collapse away from socialism.

On April 1, New York Times columnists Max Fisher and Amanda Taub blamed “populism” for Venezuela's issues, using the economic crisis there to explain the dangers of populism while essentially ignoring socialism’s impact. “Socialism” was mentioned just once in the entire article.

While populism can indeed turn authoritarian as Fisher and Taub warn, it’s a fact that The Times’  is suddenly exposing the dangers of populism at the same time they’ve labeled President Donald Trump a “populist” again and again. 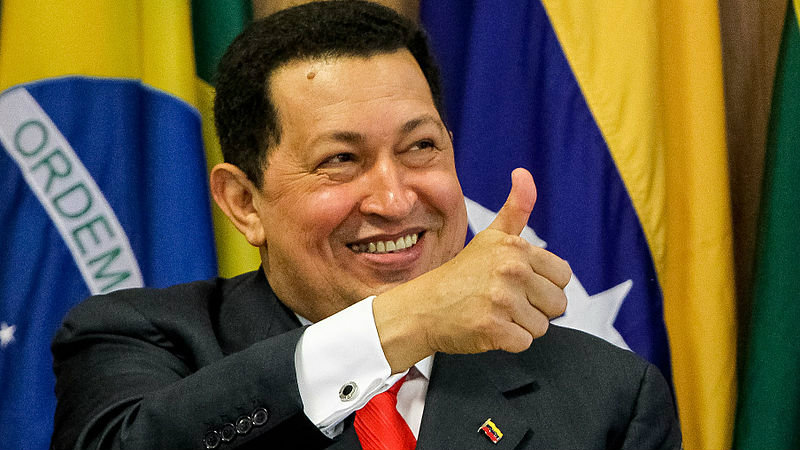 Since Trump’s election, the Times repeatedly attacked Trump as a populist. In December, The Times even published an op-ed from sociology professor Carlos de la Torre who directly compared Trump to Chavez and argued that Trump is a “a far-right populist autocrat” who was elected because of “sexism, racism and xenophobia.”

In other instances, Paris correspondent Adam Nossiter referred to Trump’s populism as “dark” and “bleak,” while opinion writer Thomas B. Edsall referenced a story that lumped Trump’s movement in with “xenophobic populist parties.”

Things are legitimately terrible in Venezuela right now. The inflation rate has reached 700 percent, homicide rates in the capital Caracas are the highest of any city in the world, and there is a catastrophic food shortage.

Experts including Heritage Foundation Latin America policy analyst Ana Quintana pointed out that just “forty years ago, Venezuela was the fourth richest nation, per capita, in the world. Today, its economy is collapsing.” She directly blamed the “socialist economic policies” of the now deceased former President Hugo Chavez and current President Nicolas Maduro.

Instead of focusing on socialism as the problem, the Times highlighted Hugo Chavez’ rise to power as a populist. The article mentioned populism 20 times but only qualified it as “leftist” populism once. Rather than expose socialism, Fisher and Taub argued that Venezuela was “feeling the fundamental tensions between populism and democracy playing out worldwide.” With no indictment of socialism, the columnists asserted that “populist governance” caused the rampant crime, corruption, and extreme poverty.

There were other things in the Times story about the Venezuelan dictator which appeared to subtly hint at Trump too. The paper could have highlighted Chavez’s unabashed socialism or his disdain for free market big banks. Instead, they focused on how Chavez was “constantly on television” and quarreling with “internal enemies” like “the free press.” Sound familiar?

Refusing to blame socialism is typical of the liberal media — it’s what they have done for years. When covering the chaos in Venezuela in 2014, the broadcast networks left out the word socialism from 87 percent of its stories about the socialist nation.

Even when Chavez first came to power, the liberal media downplayed the socialist dictator’s crimes, including murder, against his own people. From 1998 to 2006, just 10 percent (14 out of 139) of broadcast networks news stories about Chavez made any mention of any violations from the socialist regime.