Michael Moore is known for spewing outlandish, liberal drivel, but he turned apocalyptic as a reaction to the overthrow of former President Obama’s energy plan. (See tweet here.) 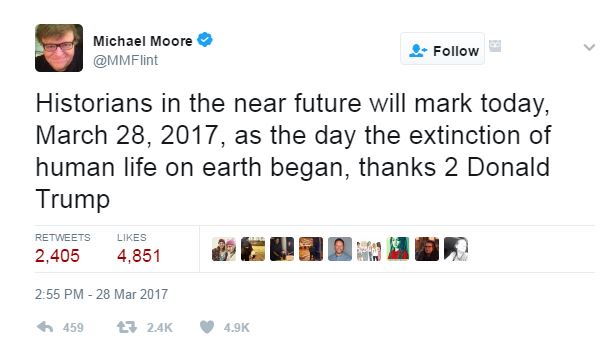 According to the Associated Press, the executive order “will suspend, rescind or flag for review more than a half-dozen measures in an effort to boost domestic energy production in the form of fossil fuels.”

In the past, Moore attacked Trump and his followers and has said any person who votes for Donald Trump is a “legal terrorist.” In a rally near the White House on Jan. 19, Moore also told the crowd that the “terrorists are about three blocks away.”