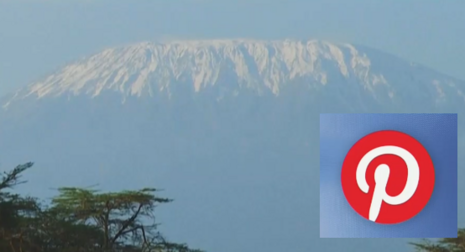 Pinterest is a place for people to find ideas and pursue interests, but now it may well be a new battleground for free speech. In November 2021, the Conscious Advertising Network posted an open letter, boasting of how Google had demonetized climate “disinformation” in partnership with the group, and insisting that other Big Tech platforms follow suit. Signers of the letter included the Climate Disinformation Coalition, openly leftist Ben and Jerry’s Ice Cream, and the Center for Countering Digital Hate (CCDH), which called Media Research Center and other conservative media outlets the “Toxic Ten” of climate “misinformation.”

The letter was addressed to multiple tech companies, including Pinterest. On April 6, Pinterest announced that it has a new “climate misinformation policy.” The new “Community guidelines on misinformation and disinformation” ban “false or misleading content” around “solutions” to climate change, an issue the platform claims is based upon “scientific consensus.”

“At Pinterest we're focused on maintaining a safe, positive, and inspiring Pinner experience, and have long held policies combating general misinformation on our platform, from health to election content, and more,” a Pinterest spokesperson responded. “Our new policy is focused on the most concrete climate denial narratives that have been circulating both online and offline. Fighting misinformation is complex and always evolving, which is why we continue to work with climate experts to inform our policies and how we enforce them.”

And contrary to the language of Pinterest’s new policy, there is not a “scientific consensus” on climate change. So-called climate experts have been wrong dozens of times throughout the last couple of decades in their predictions and analyses.

For example, former Vice President Al Gore stated in his 2006 film An Inconvenient Truth that “within the decade, there will be no more snows of Kilimanjaro.” About 16 years later, Mount Kilimanjaro still has snow.

Conservatives are under attack. Contact Pinterest here and demand it be held to account to mirror the First Amendment right to free speech. If you have been censored, contact us at the Media Research Center contact form, and help us hold Big Tech accountable.