The mounting archive of WikiLeaks emails between Hillary Clinton and her staff continues to reveal the Democratic presidential candidate’s special relationship with members of the liberal news media.

Not only did she hold an off the record dinner with “influential reporters, anchors, and editors” just before officially launching her presidential bid, but reporters also asked for interviews promising the kind “she wants” or submitting copy for pre-approval before publishing it.

With so many examples of cooperation and coordination between reporters and the Clinton campaign discovered in campaign chairman John Podesta’s inbox, the unethical behavior looks positively routine.

Correspondence between Harwood and the campaign was plentiful and telling.

Harwood, who moderated the biased CNBC GOP primary debate, begged the Clinton campaign for an interview with Clinton regarding the economy in one email. He tried to persuade the campaign saying, “With me, it will be the kind of substantive, deep, textured conversation about the economy that she wants.” 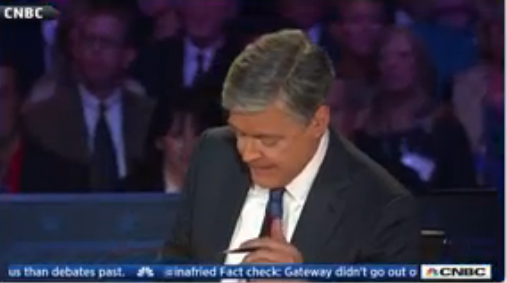 The Herald Sun reported that he also warned the Clinton campaign in an email to “watch out” for Ben Carson, advising that “Ben Carson could give you real trouble in a general” along with three attached news clips.

In September 2015, Harwood offered feedback on Clinton’s interview performances, claiming, “She looked so much more comfortable talking to Andrea today than to Brianna a few weeks ago” and that he thought she was “over the hump.” In a January email, Harwood told Podesta that Clinton “was good here” regarding a Newton, Iowa rally, and in March he told Podesta that she looked “pretty strong.”

Harwood also sent Podesta an email sharing his tweet defending Clinton over her email scandal: “if there’s any specific/plausible suggestion of nefarious email @HillaryClinton was trying to hide, I haven’t heard it.” 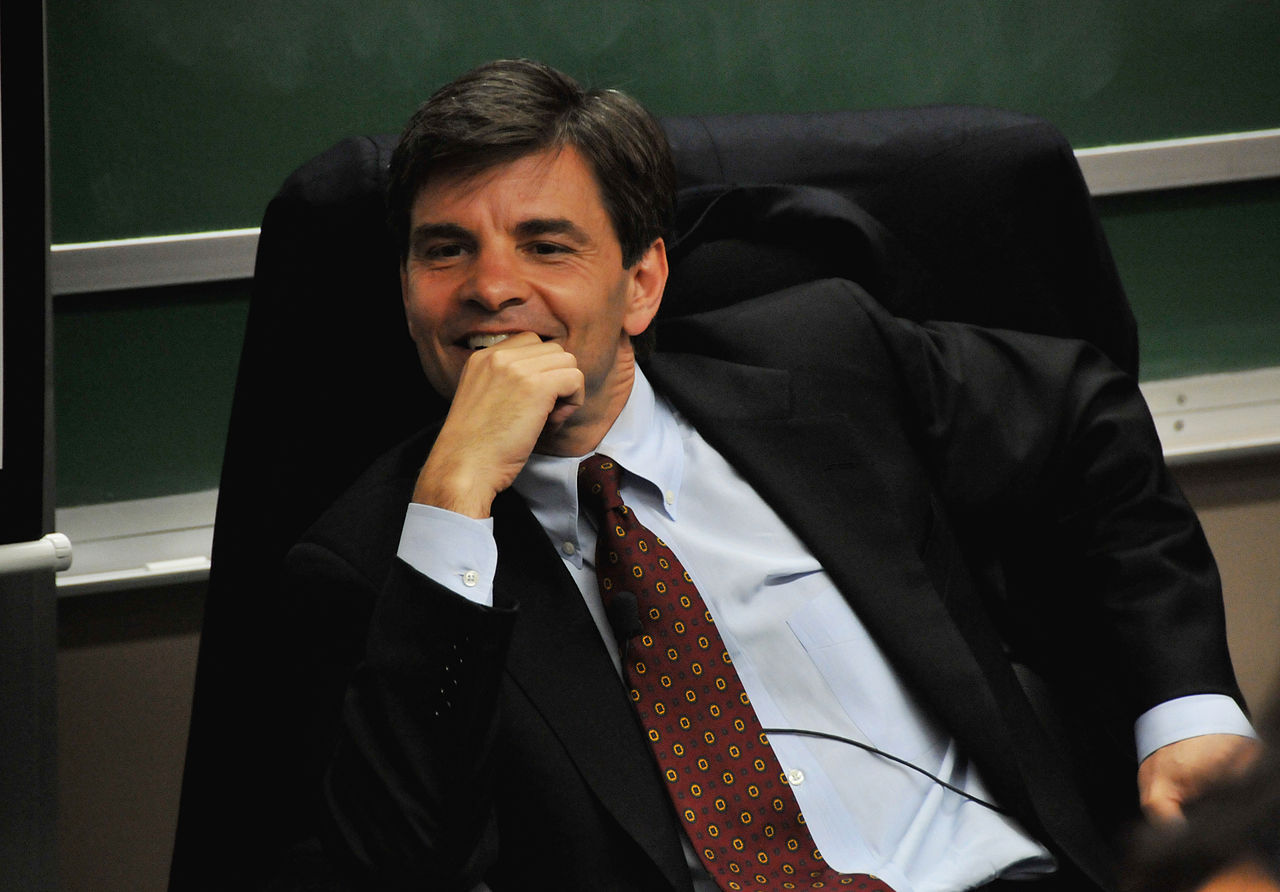 “Great work everyone. This interview is perfect,” Clinton campaign staffer Jesse Ferguson emailed after the interview. “He lands nothing and everything is refuted (mostly based on our work).”

The Intercept reported that campaign press secretary Nick Merrill noted in a 2015 strategy document the desire to place a story with a “friendly journalist,” listing then Politico’s (now The New York Times’) Maggie Haberman.

“We have a very good relationship with Maggie Haberman of Politico over the last year,” the memo stated, “We have had her tee up stories for us before and have never been disappointed.”

Leibovich of The New York Times told campaign communications director Jennifer Palmieri that he “would love the option to use” statements that Clinton made in a story. He gave the campaign the opportunity to choose what he did or did not include in the story, offering, “You could veto what you didn’t want.”

Podesta himself sent an email repeating advice from Univision owner and Clinton donor Haim Saban. Following candidate Donald Trump’s comments on illegal immigrants who unlawfully cross into the United States from Mexico, Podesta’s email said, “Haim thinks we are under reacting to Trump/Hispanics. Thinks we can get something by standing up for Latinos or attacking R’s for not condemning … Haim is right – we should be jamming this all the time.”

The Hill columnist Brent Budowsky sent Podesta advice in December 2015 on how to handle potential Trump attacks against Bill Clinton, according to RT.com.

He continued, “The media is about as popular as the bird flu … But no need to attack the media to make the point … WJC can deflect with a light touch … Make the bastard look like a dwarf, in the way only a former president can…”

Merill, Clinton’s campaign press secretary also joked in an email that CNN’s Dan Merica and Clinton were “basically courting each other at this point.” 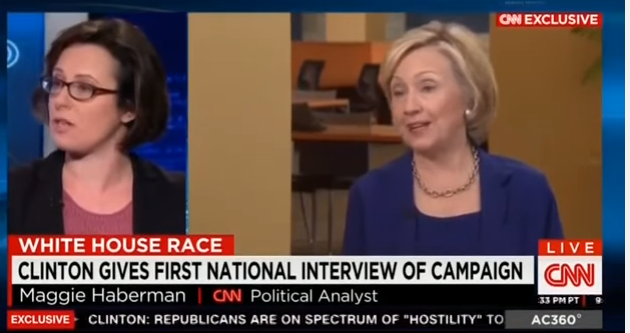 Some reporters’ emails released by WikiLeaks proved they knew that sharing pre-published content and seeking approval for it was an unacceptable practice.

Politico’s Chief Political Correspondent Glenn Thrush wrote in an email to Podesta, “Because I have become a hack I will send u the whole section that pertains to u … Please don’t share or tell anyone I did this … Tell me if I fucked up anything.”

The campaign also had a “favorite CNN source,” based on another email, this one from Clinton Foundation’s Craig Minassian to Merrill.

“This is just for you Nick but our favorite CNN source says that Brianna … and Dan have been speculating that HRC lined up an interview with Andrea Mitchell about emails. Now she obviously shouldn’t be telling me this so please don’t burn the source or Madre may pay the price,” Minassian wrote.

Regarding the Clinton email server scandal, Merrill sent an email with the subject line, “Proposed response to upcoming State Dept disclosure on Sid emails.” It mentioned the 16 Blumenthal emails missing from the 55,000 emails offered by Clinton, timing of a release and the best media strategy to control the story for Clinton.

Merrill wrote, “… they are considering placing a story with a friendly at the AP (Matt Lee or Bradley Klapper), that would lay this out before the majority on the committee has a chance to realize what they have and distort it. On that last piece, we think it would make sense to work with State and the AP to deploy the below.”

Legal Insurrection tweeted an image of another email, from The Washington Post’s Juliet Eilperin to the campaign to inform them the Post might run a story about Podesta taking donations from Tom Steyer and others.

“I just wanted to give you and John a heads up on a story that might run as early as Monday … I mention that John accepted donations from Hansjorg Wyss and Tom Steyer when he headed CAP…” Eilperin wrote. She ended with “I didn’t want it to catch you both off guard.” 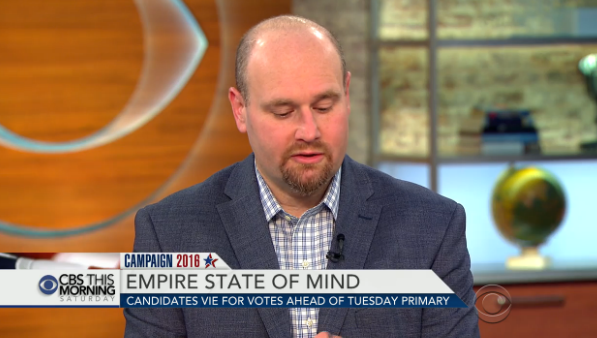 The liberal press didn’t just cozy up to the Clinton campaign to help her against GOP nominee Donald Trump. Some emails showed them helping her challenge her rival for the Democratic presidential nomination, Sen. Bernie Sanders.

During the primary race, The Boston Globe’s op-ed page editor Marjorie Pritchard sent Podesta an email asking if the Clinton campaign wanted to submit an op-ed. The Daily Caller reported that she advised them, “It would be good to get it in on Tuesday, when she is in New Hampshire … That would give her a big presence on Tuesday with the piece and on Wednesday with the news story. Please let me know.”

Chair of the Democratic National Convention Donna Brazile sent an email to Podesta when she was a CNN contributor which stated, “From time to time I get the questions in advance …” before she warned Clinton to prepare for a question on the death penalty in her upcoming primary debate with Bernie Sanders.

As if the emails weren’t bad enough, the liberal media are still trying to shield the Clinton campaign and themselves by minimizing coverage of Clinton’s leaked emails.

According to a Media Research Center’s analysis, from Oct. 7, to Oct. 10, ABC, CBS, and NBC have covered the Trump tapes revealing vulgar comments he made in 2005 for 198 minutes while only covering the Clinton WikiLeaks for 13 minutes, a 15 to 1 disparity of major broadcast network coverage.