The Hillary Clinton Campaign threw an off the record party and only liberal media were invited, recently leaked emails revealed.

A source identifying himself as Guccifer 2.0 provided The Intercept with emails revealing “friendly and highly useful relationships” between the Clinton campaign and the U.S. media.

According to the memo sent out by deputy press secretary Jesse Ferguson, the goals of the dinner included giving “reporters their first thoughts from team HRC in advance of the announcement,” “setting expectations for the announcement and launch period,” and “framing the HRC message and framing the race.” 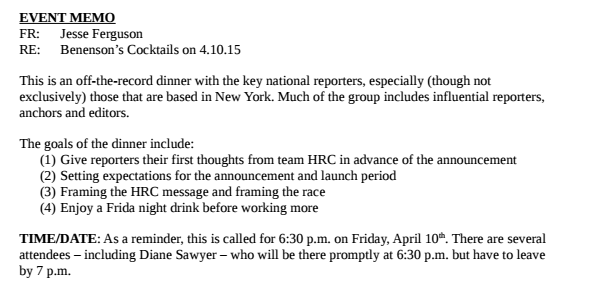 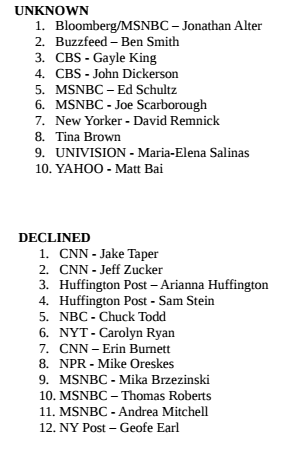 CNN’s Jake Tapper also declined the event, and in a later email posted on WikiLeaks sent June 23, Clinton Campaign Chairman John Podesta asked, “Why is Jake Tapper such a dick?”

No wonder only 6 percent of Americans trust the media.