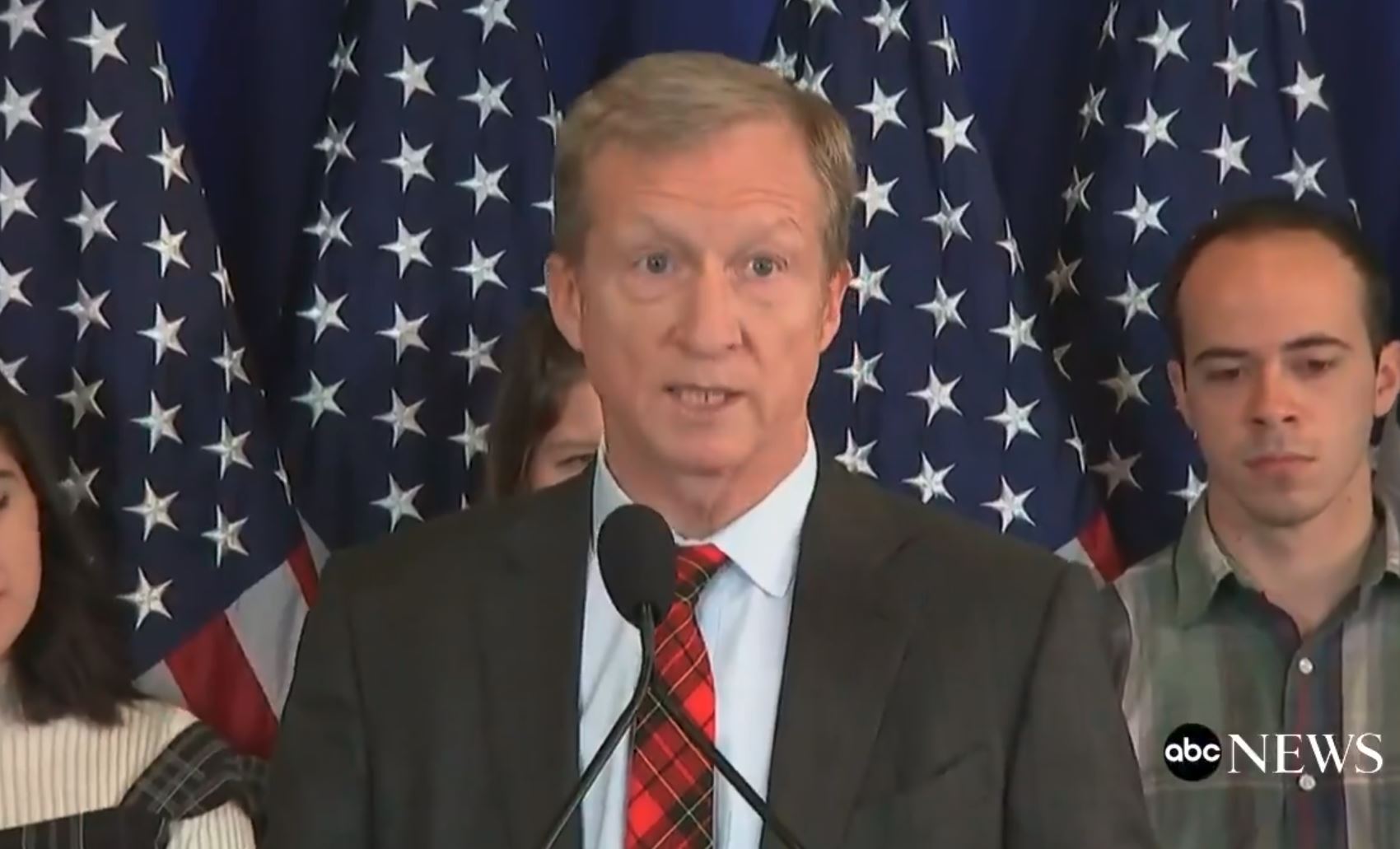 Billionaire Tom Steyer just announced he will spend $30 million in 2018 to “unleash” millennial voters. It is the latest move in his push towards President Donald Trump’s impeachment.

“I’m putting $30 million behind NextGen America’s youth organizing program to unleash the full political power of young voters,” Steyer announced Jan. 8. According to Steyer, millennial voters are the key to “remaking our understanding of what it means to be an American.”

“2018 is going to be a straightforward debate between two radically different visions of America. I’m going to spend it rallying Americans behind our vision: a just, inclusive, prosperous America. My fight is not just in California,” the liberal billionaire added, “My fight is in - is in removing Donald Trump from office and from power, and that starts with taking the House back in 2018.”

Steyer was the largest individual donor in both the 2014 and 2016 elections. His latest spending promise proves he will continue ignoring liberal complaints about “big money” in politics.

The mega-donor also purchased a copy of the controversial new anti-Trump book Fire and Fury: Inside the Trump White House for every member of Congress, CNN reported on Jan. 6. Fire and Fury was written by USA Today and Hollywood Reporter contributor Michael Wolff. Trump and journalists contested many of the book’s claims, according to CNBC.

The new $30 million pledge was in addition to the $20 million Steyer already spent on anti-Trump impeachment ads at the end of 2017.

If previous years were any indication, Steyer won’t stop at the $50 million effort to get rid of Trump. In 2014, he gave more than $75.4 million to Democrat candidates and groups according to OpenSecrets. He increased his donations to more than $91 million in the 2016 election.

CNN chief political correspondent Dana Bash called Steyer out on Nov. 26, 2017, for having supported presidential candidate Bernie Sanders, while simultaneously being the largest political donor during the election.

“At the top of [Sanders’] agenda is limiting the influence of big money in politics. You were the biggest donor in the 2016 election cycle, giving over $91 million to Democrats. Are you a part of the problem that Bernie Sanders is working to fix?” she asked.

“I’m absolutely in favor of changing the way that money is used in politics, and I think it is a huge problem, and it should be changed,” Steyer responded. He defended himself against her pointed question by arguing his record-setting donations were acceptable because “we try and do this in as transparent a way as possible,” and the “money is spent on going door to door and having citizens talk to citizens about the issues of the day.”