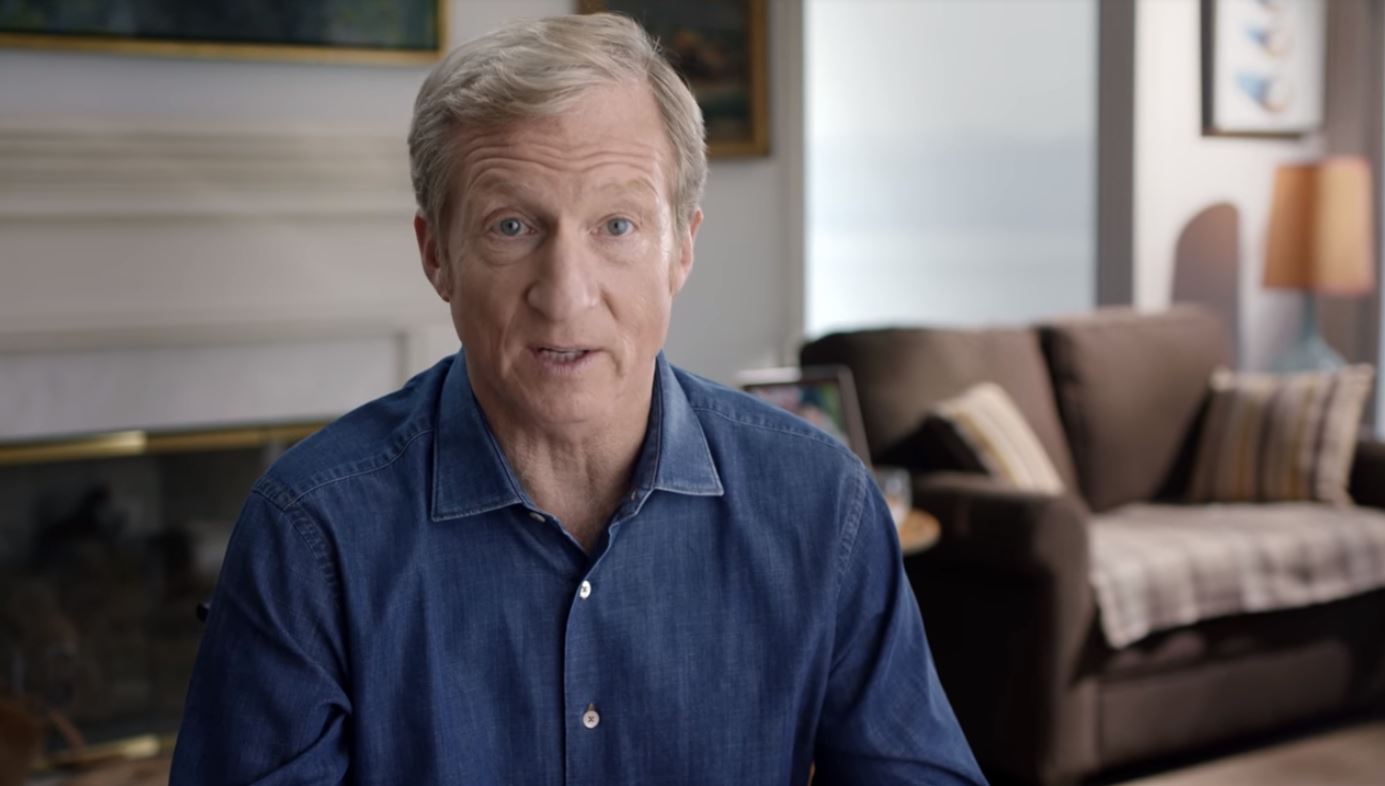 Billionaire climate activist and Democrat funder Tom Steyer has launched a single-handed attempt to make impeaching President Donald Trump the central issue of the 2018 midterm elections. Yet, not one broadcast network news show -- morning or evening -- has covered the story.

Steyer launched his campaign on Oct. 11 by sending a letter to senate Democrats demanding they promise to impeach Trump as soon as possible. Since then, Steyer has pledged at least $20 million of his personal money to fund ad campaigns and a petition calling for impeachment, Forbes reported.

But ABC, CBS and NBC seem uninterested in Steyer’s attempts to unseat the president. Between Oct. 11 and Nov. 15, 2017, no broadcast network morning or evening news show mentioned Steyer’s $20-million campaign. That’s despite ads currently running on multiple networks including CNN and MSNBC.

In the current ad, Steyer claims, “a Republican congress once impeached a president for far less. Yet today, people in Congress and his own administration know that this president is a clear and present danger who’s mentally unstable and armed with nuclear weapons. Yet they do nothing.” Steyer then encourages viewers to get involved by signing an impeachment petition.

Democrats including Virginia Gov. Terry McAuliffe and former Barack Obama White House adviser David Axelrod have criticized Steyer’s campaign. The push is an “unhelpful” “vanity project,” according to Axelrod. While McAuliffe said it would be “counterproductive” for him to support Steyer’s campaign.

DNC chairman Tom Perez said he was “not talking about impeachment” despite Steyer’s campaign and that Steyer “has a right to do whatever he feels he needs to do,” Politico reported on Nov. 12.

Steyer was the largest donor in both the 2014 and 2016 elections -- spending more than $165 million collectively. Despite that spending, Democrats fared worse than expected both years.

The impeachment campaign seems to be just a start for Steyer heading into the 2018 midterm elections. His NextGen Climate PAC rebranded as NextGen America in order to pursue a “broader plan of resistance” including promoting “immigration rights, affordable health care, and core American values.”

Until 2014, a portion of Steyer’s billions was coming from coal investments held by his hedge fund Farallon Capital Management. Steyer tried to hide that fact in a 2015 MSNBC interview by claiming his climate “conversation” happened “somewhere around 2002, 2004.” Climate conversation or not, the activist was reaping the financial benefits of coal for another 10 years.