At least one liberal media outlet has grasped the link between President Donald Trump and economic growth in 2017. According to a shockingly positive Jan. 1 New York Times report, Trump’s ongoing commitment to deregulation was responsible for 2017’s “wave of optimism.”

“While business leaders are eager for the tax cuts that take effect this year, the newfound confidence was initially inspired by the Trump administration’s regulatory pullback, not so much because deregulation is saving companies money but because the administration has instilled a faith in business executives that new regulations are not coming,” NY Times reporters Binyamin Appelbaum and Jim Tankersley stated.

The Trump administration rolled back 22 regulations for every new regulation in 2017, the President announced in a news conference Dec. 14.

Deregulation will “allow companies to engage in activities they might not have been able to otherwise,” like upgrading power plants. Comcast also announced plans for more than $50 billion in infrastructure investments, thanks to the Net Neutrality repeal.

Capital spending also rose “significantly, climbing at an annualized rate of 6.2 percent during the first three quarters of last year.”

In addition to deregulation, The Times credited “low unemployment” for also “prompting increased spending, just as it did in the 1990s.”

The Times report is a rare break from the media’s trend to ignore positive economic news during Trump’s administration. 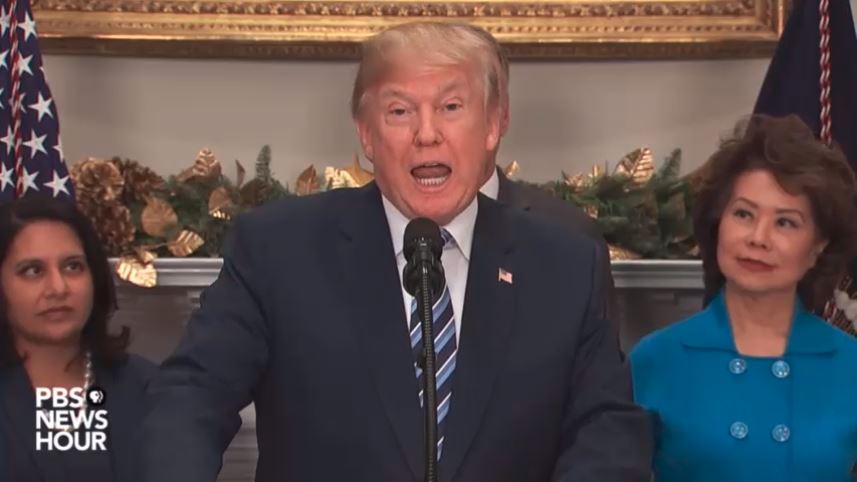 For example, the network evening news shows ignored a whopping 80 percent of the first 31 stock market records of 2017. The evening news shows likewise only spent 52 seconds on GDP growth between January and late November 2017, despite third quarter 3.2 percent third-quarter growth.