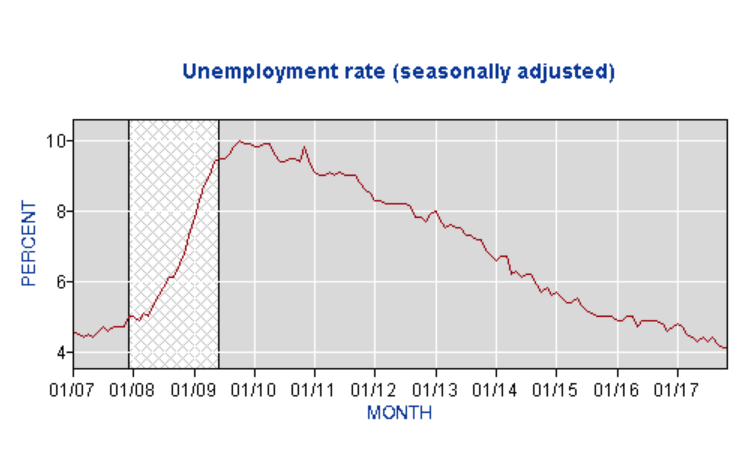 The GOP-sponsored tax cut is having an impact, Goldman Sachs lowered its unemployment forecast for 2019 to 3.3 percent. But media outlets like The New York Times and The Washington Post chose not to pass that information on to their readers over the Christmas weekend.

“We are adjusting our forecasts to reflect the final details of the tax bill,” Goldman Sachs economist Alec Phillips announced on Dec. 21. The revisions included “lowering our year-end 2018 unemployment rate forecast by two tenths to 3.5%, mainly reflecting a modestly higher expected pace of job growth. We now expect the unemployment rate to bottom in this cycle at 3.3%, at the end of 2019.” That would be a significant drop from the current rate of 4.1 percent.

Both Bloomberg and The The Wall Street Journal covered the updates on Dec. 25, with The Journal reminding readers, “The unemployment rate, at 4.1% in November, last fell to 3.3% in 1952.” The New York Times, The Washington Post, USA Today and The Los Angeles Times however ignored the story.

Newsweek also ignored the story, yet published multiple scathing tax cut reviews prior to the Goldman Sachs revisions. On Dec. 20, for example, Newsweek columnist Steven Pressman argued the tax bill would be the “final death knell” for the middle class.

In November, Newsweek claimed the tax plan would give jobs to robots and “increase unemployment.” Newsweek has not updated the story or covered any of Goldman Sachs’ contradictory predictions.

This is just the latest in a media trend ignoring positive economic news during President Donald Trump’s administration. Multiple media outlets and the networks were likewise silent on Goldman Sachs initial early December projections that unemployment would fall to 3.5 percent by late 2019.

The networks also ignored many of the Dow record closings during 2017 as well.