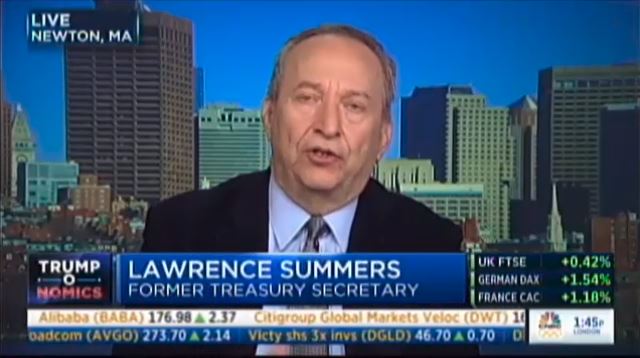 While liberals made many different objections to the GOP’s latest tax reform plan, one former Obama and Clinton administration economist claims the plan will literally kill.

Summers initially made the life or death argument in a Washington Post op-ed published Dec. 3.

However, CNBC Finance Editor Jeff Cox pointed out Summers’ claim contradicted a 2009 National Institutes of Health study (NIH) which couldn’t find a “causal” relationship between the mortality risk of the insured versus the uninsured.

The NIH study was done to determine whether lack of healthcare coverage was responsible “18,000 excess deaths each year.” The study concluded “there is little evidence to suggest that extending insurance coverage to all adults would have a large effect on the number of deaths in the United States.”

The liberal economist calculated his alarming mortality forecast based on studies from the left-wing Urban Institute and the Chan School of Public Health that estimated what percentage of people die as a result of losing their health coverage.

Summers then applied that percentage to the number of people predicted to forego health insurance coverage if the individual mandate is repealed, and arrived at his figure of 10,000 deaths annually.

“Of course, there are many issues in the extrapolation,” Summers admitted in his Post column.