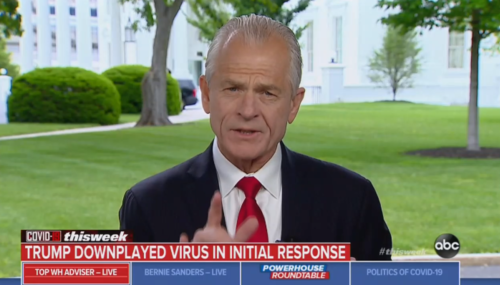 Nicholas Fondacaro
May 17th, 2020 1:34 PM
In a feisty appearance on ABC’s This Week on Sunday, White House trade adviser Peter Navarro, who has proudly described himself as a national quartermaster during the pandemic, took ABC chief anchor and Clinton lackey George Stephanopoulos to school on how the Tump administration had responded in the early days of the pandemic. At one point, Stephanopoulos even seemed to concede that the… 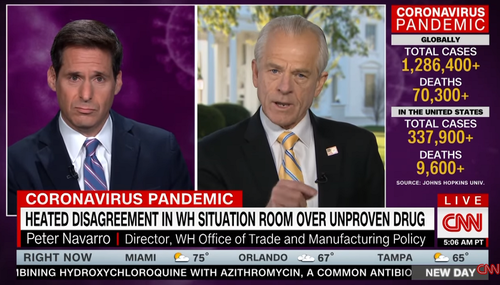 P.J. Gladnick
April 7th, 2020 7:18 PM
CNN, along with MSNBC, remains one of the media bastions still remaining hostile toward the use of hydroxychloroquine. One big reason for this hostility is that President Donald Trump has been publicizing its use in the treatment of coronavirus. Therefore if the Orange Man thinks it is good, then CNN (and MSNBC) automatically think it is bad. 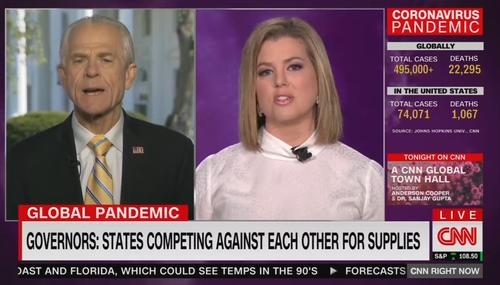 CNN Host Cuts Off Trump Aide, Repeatedly Rips Him as 'Waste of Time'

Alex Christy
March 26th, 2020 9:06 PM
On Thursday's CNN Right Now host Brianna Keilar illustrated why the news media has the lowest approval rating of various institutions on the coronavirus. In a lengthy and contentious interview with White House trade advisor Peter Navarro that was full of constant interruptions, Keilar ripped the Trump team's performance and then accused Navarro of wasting everybody's… 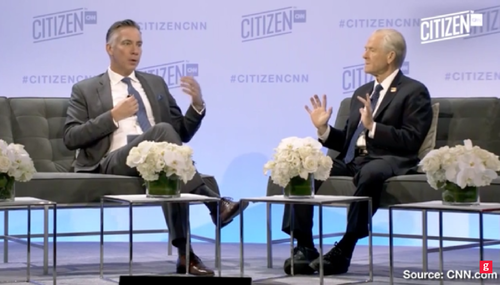 P.J. Gladnick
October 31st, 2019 10:38 AM
CNN's Jim Sciutto took the idea that the consumer and the manufacturers ultimately pay for tariffs in the form of increased prices of imported goods to absurdly assert that the United States does not collect tariffs. It wasn't just an unfortunate slip of the tongue on the part of Sciutto because he emphasized his silly assertion twice and both times, as you can see and…

Jeff Poor
February 13th, 2009 7:23 PM
Remember how the $789 billion stimulus package and the banking bailout under the direction of Treasury Secretary Tim Geithner were supposed to restore confidence to the economy? Think again. As the Dow Jones Industrial Average (DJIA) dipped to less than 8,000 points in the wake of Geithner's TARP II announcement on Feb. 10, CNBC contributor and UC-Irvine Professor of Economics and Public Policy…

Jeff Poor
April 7th, 2008 3:00 PM
Panicky protectionists are predicting some unsavory possibilities for the U.S. economy thanks to emerging foreign economies with newly created wealth to invest. Although they're unlikely possibilities, CBS's April 6 "60 Minutes" delved into the potential threat one Chinese sovereign wealth fund might pose to the American economy. "All together, the sovereign wealth funds of…