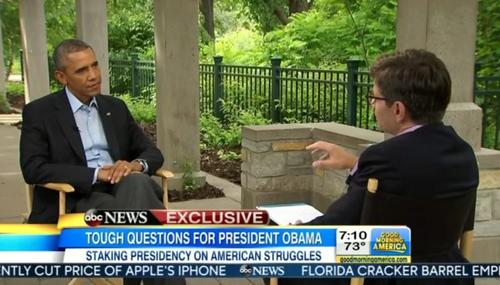 Media Hype ‘Risky Business’ Climate Campaign, Forget Their Past At

Sean Long
June 27th, 2014 12:00 PM
Apparently journalists are happy to forgive when they agree with their former opponents. Henry M. Paulson, Jr., Secretary of the Treasury under President George W. Bush, wrote an op-ed in The New York Times on June 22, warning of the financial risks of climate change. Soon afterward, Paulson was publicly joined by billionaire liberal donors Tom Steyer and Michael Bloomberg in the “Risky… 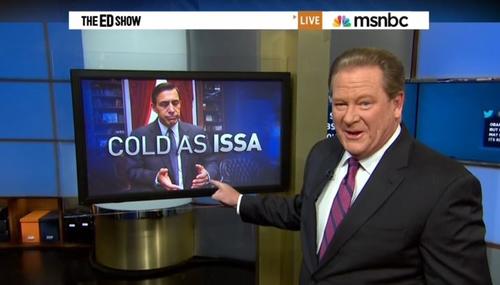 PBS’s Woodruff: Is Debt Limit ‘An Appropriate Tool’ To Restrain 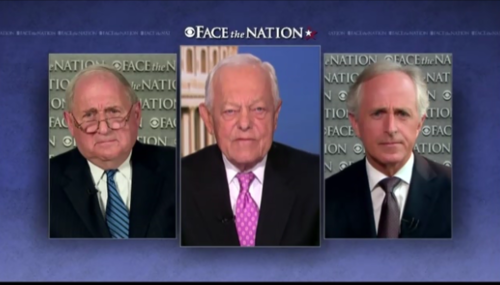 Barney Frank: We Lost Money on Obama's Auto Bailout But Made Money on 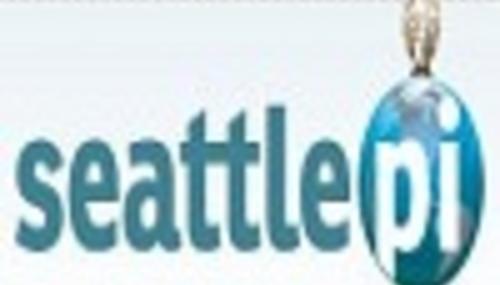 ‘Too Big to Fail’ Surprisingly Fair and Entertaining

Tim Ross
May 23rd, 2011 11:01 AM
I’ve written several articles skewering HBO for producing political projects destined to air immediately prior to the 2012 election, where the vast majority of the cast and crew are passionate Barack Obama supporters, and where the content is aimed at the Democrat’s two favorite Republican villains: Sarah Palin and Dick Cheney. So, when I sat down to watch HBO’s Too Big to…

Tom Blumer
October 23rd, 2010 10:23 AM
When a Democrat or leftist makes an ill-advised remark, it seems that there's a three-stage process at the Associated Press, and perhaps in most other establishment press outlets, for handling it. It goes roughly like this: Stage 1 - Ignore it as long as you can. If there isn't much outcry, keep ignoring it. Stage 2 - If there ends up being enough of an outcry from…

Noel Sheppard
February 14th, 2010 8:40 PM
CNN's Fareed Zakaria on Sunday demonstrated just how ignorant most media members are of how the federal budget works.During the most recent installment of "Fareed Zakaria GPS," the host actually said, "[T]he Bush tax cuts are the single largest part of the black hole that is the federal budget deficit."Before we examine the staggering stupidity on display here, let's first…

Noel Sheppard
February 7th, 2010 1:10 PM
A rather shocking thing happened on Sunday's "Meet the Press": host David Gregory asked Alan Greenspan and Henry Paulson if it would be a mistake to let the Bush tax cuts expire.Chatting with the former Federal Reserve Chairman and former Treasury Secretary, Gregory referenced Tuesday's Wall Street Journal article about what the impact of allowing these tax cuts to expire would be on…

Dan Rather Outraged By Obama's Lack of Action on Economy

Noel Sheppard
February 12th, 2009 5:08 PM
If you needed an alarm to go off signaling President Obama's honeymoon with the press being over, you got it Thursday when former CBS "Evening News" anchor Dan Rather severely chastised the new administration for not doing enough to solve today's economic problems.Writing for the Daily Beast, the man who once used a forged document in an attempt to bring down former President George W.…

Tom Blumer
November 25th, 2008 1:02 PM
The Associated Press can't even get it right in a three-paragraph item about a White House ceremonial event.In a story Monday afternoon about President Bush's meeting with two Nobel Prize-winning scientists and Nobel Economics winner Paul Krugman, the unbylined AP writer claimed that Krugman opposed the government's financial bailout. Evidence abounds that this is not only not the case, but that…

Noel Sheppard
November 25th, 2008 12:30 PM
Are the good folks at the New York Times breaking ranks and actually criticizing a decision by president-elect Barack Obama?Such seemed to be the case Tuesday when the Gray Lady published, on the front page of the business section no less, an article highly critical of proposed Treasury Secretary Timothy Geithner.Entitled "Where Was Geithner in Turmoil?", Andrew Ross Sorkin's piece…

Paul Detrick
November 13th, 2008 3:23 PM
So what exactly is the government doing with your money? Fox Business Network's Alexis Glick would like to know. Treasury Secretary Henry Paulson announced Nov. 12 he would be redirecting the $700 billion bailout to focus on propping up financial institutions instead of buying troubled mortgage assets, which was the original intent of the rescue plan. Glick, the host of FBN's "Money…

CNBC: Paulson 'Put a Gun to All Their Heads

Noel Sheppard
October 12th, 2008 1:13 PM
As a result of the stock market collapse in the last four weeks, the economy has become the most important issue on the minds of voters.Yet, as Barack Obama has clearly benefitted in the polls during this period, the media have refused to examine the records of the two presidential candidates as it pertains to policy proposals they have recommended or supported that might have averted this crisis…