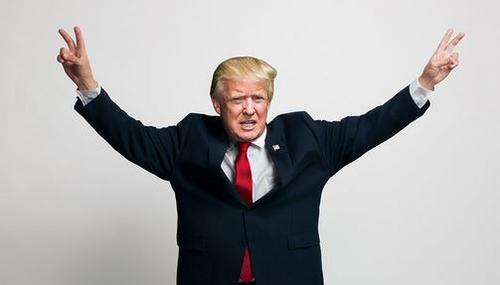 Clay Waters
July 7th, 2017 10:14 AM
New York magazine's June 26/July 9 cover story dreaming of a Trump impeachment, “How A Presidency Ends,” is by veteran liberal essayist Frank Rich, who worked at the New York Times for decades. The cover shows a “photo illustration” of Donald Trump in Richard Nixon’s outstretched-arms “V for Victory” pose. The inside headline counseled patience on the… 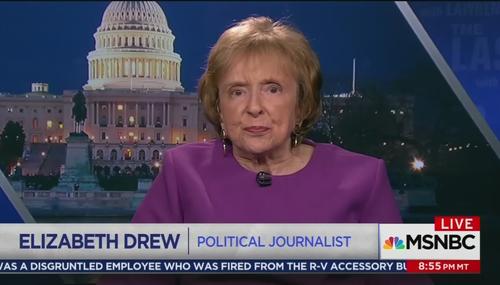 John Hirschauer
June 6th, 2017 5:40 PM
On Monday’s The Last Word, one would think that Nixon biographer and voracious student of presidential history Elizabeth Drew would be able to speak specifically about the political landscape when asked to tie the (tired) Trump-Watergate knot on MSNBC, and avoid trite partisan talking points. Nevertheless, she persisted. 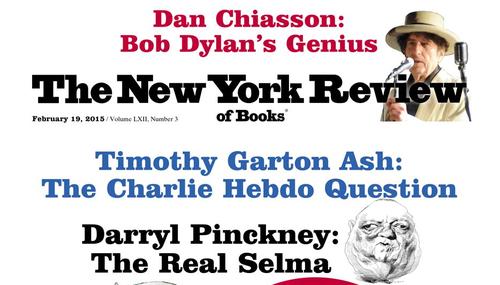 Clay Waters
February 11th, 2015 9:56 AM
To understand the literary elite's simplistic grasp of politics, look to whom they get their opinions from: Veteran political contributor Elizabeth Drew, a frequent contributor to the New York Review of Books, explained the Republican takeover of the U.S. Senate for the Review's February issue under the headline: "The Republicans: Divided and Scary." And purist. And nativist.… 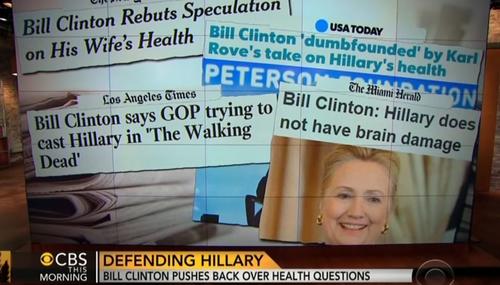 WashPost Repeats: 'None of the So-Called Current Scandals' Compare to

Tim Graham
May 15th, 2014 10:23 AM
Even forty years later, The Washington Post loves the opportunity to burnish its own Watergate legend. That scandal is somehow the Uber-Scandal of All Time And Space. This came in a Style-section front-pager on Thursday on Elizabeth Drew, who's barely been noticed since she was dumped by Tina Brown at The New Yorker twenty years ago. Drew's Watergate diaries are being reissued, and…