In Chicago, incumbent Mayor and longtime Democrat fixture Rahm Emanuel floated the idea of renaming one of its airports after President Obama. After all, according to Emanuel, both of Chicago's major airports, O'Hare and Midway, are "named after battleships." No they're not, as will be seen after the jump.

The Chicago Tribune's Bill Ruthhart failed to recognize Emanuel's startling gaffe until the fifth paragraph of his story. Even then, he treated his breathtaking ignorance as some kind of routine, unimportant mistake. If you have a hard time imagining the Trib giving a Republican or conservative committing a similar whopper such an easy time of it, join the club.

Rezko Sentenced to 10½ Years, Media Ignore It And/Or His Ties to Obama

Depending on which news outlet you rely on for current events, you may not have heard that convicted Chicago real estate developer Tony Rezko was sentenced to 10½ years in prison Tuesday.

On top of this, unless you read the following report from Reuters, you mightn't have known just how connected he was to a junior senator from Illinois who just so happens to be the President of the United States:

O'Reilly and Goldberg Agree With NewsBusters Report on CNN's Coverage of Obama's Scandals vs. Cain's

On Fox News Monday, Bill O'Reilly agreed with our analysis saying, "This is disturbing," as did guest Bernie Goldberg who explained, "The reason is fairly obvious and fairly simple. They like Barack Obama and his politics and they don't like Herman Cain and his politics" (video follows with transcript and commentary):

Networks Run More Cain 'Scandal' Stories in a Week Than They Did Obama's Ties to Ayers, Rezko or Wright

As NewsBusters reported Monday, the broadcast network news outlets of ABC, CBS and NBC ran a total of 84 stories on the sexual harassment allegations against Republican presidential candidate Herman Cain in the week following Politico publishing its hit piece.

MSNBC Runs More Stories on Cain 'Scandal' Than it Did Obama's Ties to Ayers, Rezko and Wright Combined

CNN Runs More Stories on Cain 'Scandal' in Six Days Than it Did Obama's Ties to Ayers, Rezko and Wright Combined

If you needed any more evidence of the political leaning of CNN, consider that much like Politico, it has in the last six days done at least 94 reports on the sexual harassment allegations involving Republican presidential candidate Herman Cain. 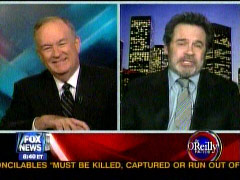 As folks in Illinois were waking up or just getting to work, news hit like an avalanche that Governor Rod Blagojevich had been taken into custody by federal authorities this morning. The news was flying hot and heavy, and still is, over what the feds are alleging that Blago (as we call him in Chicago) did. There are reports of wiretaps, solicitations for bribes, mail and wire fraud... the list is long and shocking.

But one thing seems to be missing from many of these news reports. You guessed it, the fact that Blago is a Democrat seems to have slipped under the radar. But also his connections to Obama and his associates has continually gone unnoticed.

Who you choose to surround yourself with makes you what you are and we already know Democratic presidential hopeful Sen. Barack Obama's associations with Rev. Jeremiah Wright, Tony Rezko and William Ayers.

The media have given an extensive examination to Samuel J. Wurzelbacher aka "Joe the Plumber" and Republican vice-presidential nominee Alaska Gov. Sarah Palin. But they've allowed another Obama associate to fly under the radar - Sokoni Karanja, president of the nonprofit Center for New Horizons. According a story in the Nov. 23, 2006 Chicago Tribune, Karanja co-founded the Lugenia Burns Hope Center, a leadership training nonprofit founded in 1994 with Obama.

But following the release of Michael Moore's "Fahrenheit 9/11," Karanja was arrested by Chicago Police. According to an article by Maureen O'Donnell in the June 28, 2004 Chicago Sun-Times, Karanja was walking his Doberman through a South Side Chicago neighborhood - where residents had been complaining about dog owners not cleaning up after pets.

'Is This Daily Kos or the Associated Press?'

The Associated Press has long been a bastion of liberal bias. But has it now sunk to the level of a left-wing blog in the throes of Palin Derangement Syndrome?  Yes, suggests the Morning Joe folks.  In a rare bit of unanimity, the panel condemned and ridiculed AP for its "analysis" item, "Palin's words carry racial tinge."  According to Douglass K. Daniel, the item's author, Palin's criticism of Barack Obama for his association with Ayers somehow carries "a racially tinged subtext." See Warner Todd Huston's earlier discussion here.

Mika Brzezinski questioned the strategic wisdom of the McCain campaign's playing of the Ayers card, but even she joined in the excoriation of the AP.

Tapper: McCain 'About to Open Up a Can of Whoop-ass on Obama' 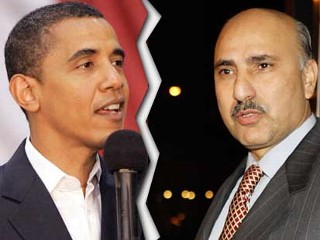 UPDATE at end of post: the can has already been opened!

Without question, ABC's Jake Tapper is one of the few members of the mainstream media who's actually willing to publish less than favorable reports about Barack Obama.

In a "Political Punch" blog posting Saturday about new revelations involving indicted fundraiser Tony Rezko, Tapper deliciously summed up a Washington Post piece as claiming that "Sen. John McCain's campaign...is about to open up a can of whoop-ass on Obama with a focus on his personal associations."

I kid you not (emphasis added, photo courtesy ABC):

When the latest installment of Saturday Night Live parodied Friday’s presidential debate, the NBC comedy program gave attention to Barack Obama’s connections to convicted criminal Tony Rezko, corrupt Chicago politics, and Obama’s recent attempts at "playing the race card," which notably are all matters that the mainstream news media have given little attention to. While the show also took a number of shots at John McCain, several times having him propose a bizarre gimmick like challenging Obama to a pie-eating contest for example, the Illinois Senator also received several noteworthy jabs. One line involved McCain’s character, played by Darrell Hammond, referring to Obama, played by Fred Armisen, as making an earmark request titled "Tony Rezko Hush Money." Obama’s character also bragged that his tax cut plan would benefit Chicago politicians and city employees "because my plan would not tax income from bribes, kickbacks, shakedowns, embezzlement of government funds, or extortion."

The Obama character later promised that he would "play the race card" against dictators like North Korean President Kim Jong Il if necessary to guilt-trip them into dismantling their nuclear programs, as he would accuse Kim of refusing to cooperate with him because "I’m not like the other guys on the $5 and $10 bills."