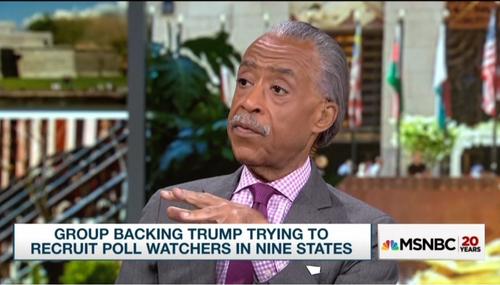 Nicholas Fondacaro
October 30th, 2016 11:25 AM
With the election fast approaching, GOP presidential nominee Donald Trump has stepped up his call for his supporters to become poll watchers to watch for, and document, illegal activity. He even has set up a page on his website for people to sign up. But MSNBC’s Al Sharpton has had it with Trump’s call for poll-watchers, claiming they are there to intimidate minorities. “How… 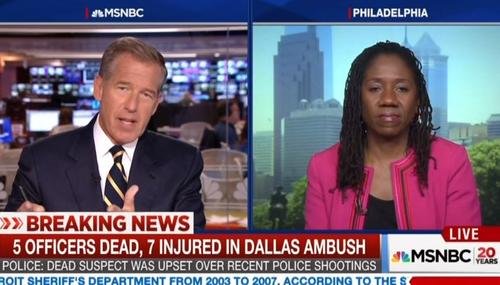 Scott Whitlock
July 8th, 2016 3:45 PM
MSNBC anchor Brian Williams has been hosting the live reaction to the horrible shooting in Dallas. On Friday, the journalist brought on a guest to claim that Black Lives Matter protesters have never been “anti-police.” Sherrilyn Ifill of the NAACP and Williams also hinted that more gun control was needed in the wake of the killing. 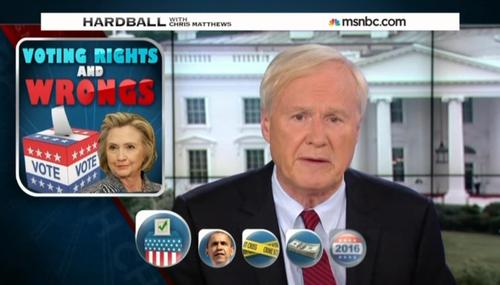 Ken Shepherd
June 3rd, 2015 9:13 PM
On the night before Hillary Clinton's scheduled speech in Houston wherein she will call for a nationwide standard of 20 days of early voting, MSNBC host Chris Matthews subjected viewers to not one but two biased segments on the issue of "voter suppression." Additionally, he capped off his June 3 program with a "Let Me Finish" commentary slamming the GOP as the architect of… Hyperbolic Sharpton 'Dialed Back' by Liberal Guests on 'Devastating' A

Brad Wilmouth
April 23rd, 2014 10:28 AM
After an incensed Al Sharpton led his PoliticsNation show on Tuesday portraying the day's Supreme Court ruling on affirmative action as a "devastating blow" and a "dangerous precedent," both of his liberal guests made a point of disagreeing with his over the top language. The MSNBC host began the show: 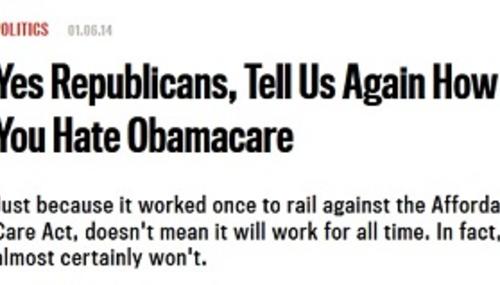 Jeffrey Meyer
January 6th, 2014 3:55 PM
For over a year, the folks at MSNBC have been pushing a tired narrative that Republicans are engaged in a “war on voting.” Sadly, the rhetoric on MSNBC over “voter suppression” seemed to have taken an ugly turn on one of its flagship programs, Andrea Mitchell Reports. On January 6, anchor Andrea Mitchell began her segment on voting rights lamenting how in 2013…

Alex Fitzsimmons
June 29th, 2010 2:25 PM
A liberal panel led by MSNBC anchor Chris Matthews injected sexism into the Kagan confirmation hearings on Tuesday morning, suggesting that Republican senators should curtail the tenacity of their questioning because the Supreme Court nominee happens to be a woman.Invoking the Clarence Thomas hearings, which focused on the testimony of Anita Hill, who accused Thomas of making inappropriate sexual…

Tim Graham
October 2nd, 2008 6:48 AM
Here are more signs Sarah Palin could face an uphill battle with PBS host Gwen Ifill. Professor Sherrilyn Ifill of the University of Maryland Law School, whom Gwen Ifill has lauded as "my brilliant baby cousin," has written that black women are not buying Sarah Palin’s "false claims to feminism" and is portrayed as too perfect: "when women who are privileged present as…