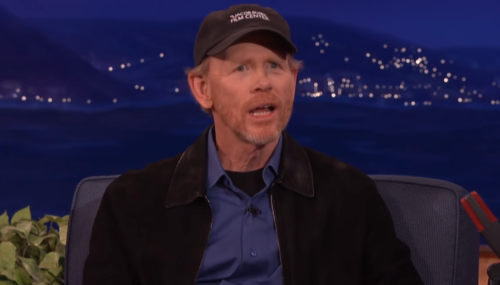 Culture
Gabriel Hays
January 2nd, 2020 1:38 PM
Award-winning Hollywood director Ron Howard provided his opinion on President Donald Trump over the New Year’s holiday. He claimed that despite his reality TV success, the current president is a “self-serving, ego-maniac.” Howard’s Twitter lecture began with the Solo: A Star Wars Story director sharing The Washington Post’s piece on how the President’s economy has “performed well” but is “by no… 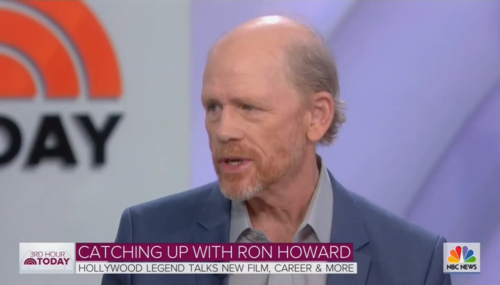 Kyle Drennen
May 28th, 2019 11:36 AM
Appearing on NBC’s Third Hour Today show on Tuesday, director Ron Howard talked about threats from himself and other Hollywood power brokers to boycott filming in the state of Georgia over proposed pro-life legislation being considered by the Republican governor. Howard saw no problem with the entertainment industry trying to bully the state into submission. 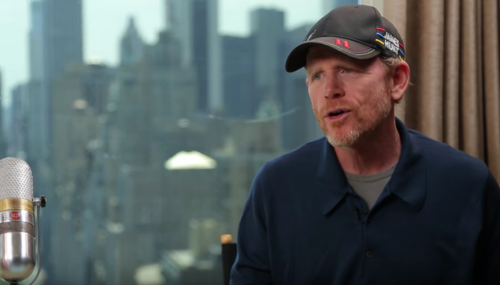 Kristine Marsh
April 25th, 2017 12:31 PM
It seems as if Hollywood can’t get enough of comparing our president to a certain German 20th century dictator. Liberal director Ron Howard added his contribution Tuesday, revealing to the Daily Beast that Trump inspired a Nazi character in his new television series about Albert Einstein called “Genius.” 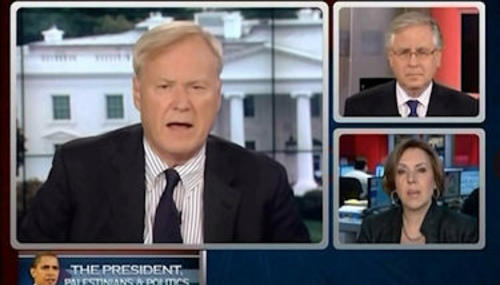 Ken Shepherd
September 21st, 2011 5:27 PM
MSNBC daytime anchor Craig Melvin took minor detours in interviews this afternoon with director Ron Howard and actress Jane Lynch to ask both celebrities to weigh in on President Obama's push for higher taxes on upper income earners. Both of them are liberals who support Obama and have given to Democrats in the past, so their answers were hardly surprising. [Video courtesy of MRCTV editor…

Scott Whitlock
May 12th, 2009 11:49 AM
"Good Morning America" continued its hyping of "Angels & Demons" on Tuesday, a film that accuses the Catholic Church of participating in a brutal massacre of a secret society. While talking to director Ron Howard, GMA co-host Diane Sawyer mostly glossed over the film's controversial elements and again referred to the movie as a "great, spiritual scavenger hunt." She prompted the director to…

Brent Baker
April 11th, 2009 12:41 AM
Film director Ron Howard is “very optimistic” about the future of America, so long as the nation makes an “adjustment,” to fulfill his hope a “more progressive” nation will mean “at a certain point I don't think we'll be so consumed with being the pre-eminent super-power and, you know, driven by sort of militarism and this need to export, you know, democracy.” Howard's reasoning, on Friday night'…

Tim Graham
December 2nd, 2008 1:49 PM
Director Ron Howard appeared for a C-SPAN Washington Journal interview Monday morning on Capitol Hill with British screenwriter Peter Morgan to discuss their new film Frost/Nixon, based on Morgan’s play on the 1977 interviews between British TV star David Frost and the Republican president who resigned. The jarring moment came near the end, when C-SPAN host Steve Scully asked "For a generation…

Kyle Drennen
October 24th, 2008 5:55 PM
On Friday’s CBS Early Show, co-host Harry Smith discussed a pro-Obama video created by actor/director Ron Howard with fellow co-host Maggie Rodriguez: " You ever look at the -- Will Ferrell's website?...Well, there's some pretty interesting stuff on there from time to time...Look at -- take a look at this." In the video, posted on Will Ferrell’s website Funny or Die, Howard plays some of his past…

Matthew Balan
June 19th, 2008 3:05 PM
CNN, following in the footsteps of ABCNews.com’s overblown take on the subject, couldn’t help but to insert snotty language into its report on the Catholic Diocese of Rome’s denial to the filming of the movie adaptation of Dan Brown’s "Angels and Demons." CNN international correspondent Jennifer Eccleston, closing her report on Thursday’s "American Morning," labeled the Church’s refusal, based on…