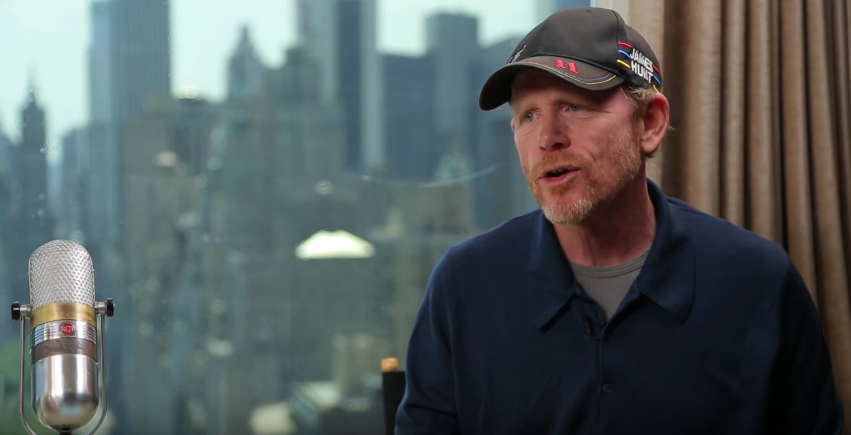 It seems as if Hollywood can’t get enough of comparing our president to a certain German 20th century dictator. Liberal director Ron Howard added his contribution Tuesday, revealing to The Daily Beast that Trump inspired a Nazi character in his new television series about Albert Einstein called “Genius.”

Howard told the liberal publication that the anti-semitism Einstein faced seemed to reflect upon the “current climate” in the U.S. The Daily Beast’s Kevin Fallon writes:

The team behind "Genius" is not only armed with talking points about this “warts and all”—a recurring phrase—approach to depicting Einstein, but also with an awareness of how the current political climate in the U.S. suddenly makes the series that they had scripted and filmed long before Donald Trump became president suddenly more relevant.

It’s nearly impossible to watch scenes from Tuesday night’s first episode, for example—in which Einstein and his second wife Elsa (played by Emily Watson) are trying to flee Nazi Germany, where their lives are in danger, but face a roadblock in the U.S.’s tough immigration policies—and not marvel at its vital resonance today.

Not only that, but Howard apparently told the actor playing a Hitler-supporting, anti-semitic German scientist to “think Trump” when playing the part:

(When Howard and actor Michael McElhatton talked about how he would play German physicist Philipp Lenard, a Nobel Prize-winning scientist who was also a Hitler-supporting anti-Semite, they decided that he should, ‘think Trump.’”)

“The fact that it’s coming out now and the fact it is so deeply resonant, A) that was not lost on any of us on set,” co-executive producer Gigi Pritzker said.

And because the Nazi comparisons never end, Whoopi made a passing one on Tuesday’s The View as well, speaking about Trump’s immigration policy. To guest Gov. John Kasich she said:

When you have someone who scares people for a living, who got here by saying, hey, they're the problem, you know the last time we saw that, it was happening in Germany. When you start pointing at people and scaring children and saying you're not going to have this, that's why people are freaking out.

Ironically these Nazi comparisons come on a day when Trump is speaking out against anti-Semitic Holocaust deniers.