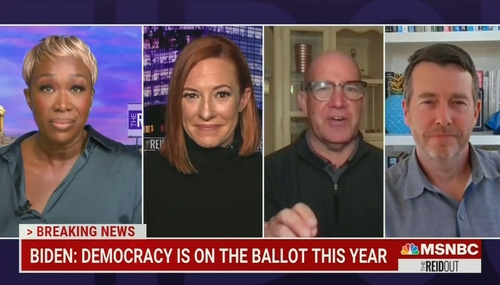 On Wednesday night's edition of The ReidOut on MSNBC, "Country Over Party" founder, and frequent MSNBC guest Matthew Dowd joined host Joy Reid in trashing Republicans and praising President Biden's speech on apparent threats to democracy that the Republican Party supposedly poses. Dowd expressed his concerns over what could happen if Republicans win in next Tuesday's midterm elections… 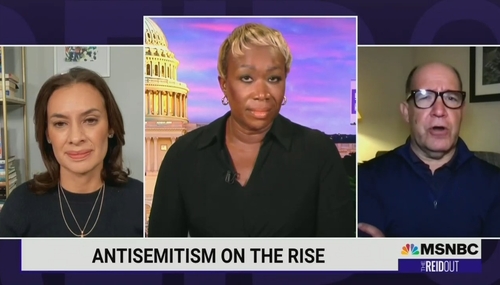 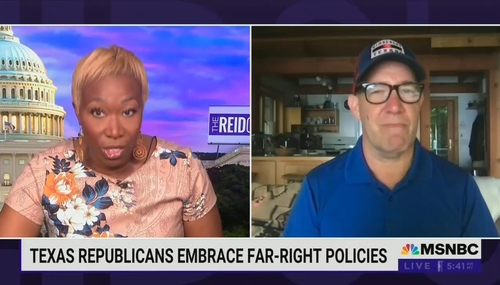 On MSNBC’s The ReidOut, host Joy Reid spent much of her show on Monday night obsessing over the January 6 riots at the Capitol. She attempted to tie it in with the rise in political violence in the United States and the “attack on democracy” which conveniently left out any leftist political violence that we’ve seen lately aimed at pro-life clinics. 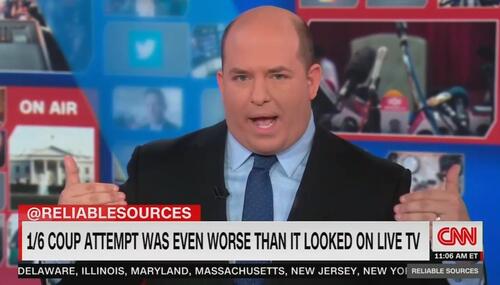 On the cusp of an absolute glut of liberal-media anniversary coverage of the January 6 riot, CNN media reporter Brian Stelter was cranky. “We live in a world where Donald Trump's top supporters malign the media for being ‘obsessed’ with January 6.” He argued anyone who thinks this story is overdone is someone "best explained by psychologists or therapists or algorithm developers." 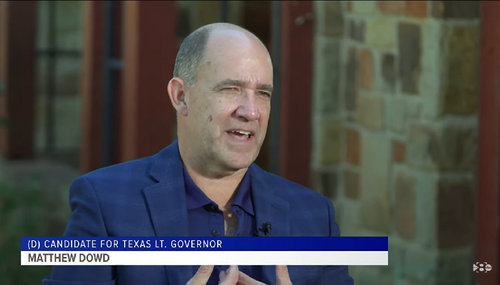 Matt Dowd uses "diversity" as his excuse for quickly dropping out of the Texas Lt. Governor's race. The frequent CNN and MSNBC guest announced late in September that he was running for Lt. Governor of Texas and just a little over a couple of months later he is quitting. And why is he quitting the race? Because of what he perceives to be the self-sacrificial noble cause of "diversity." I kid… 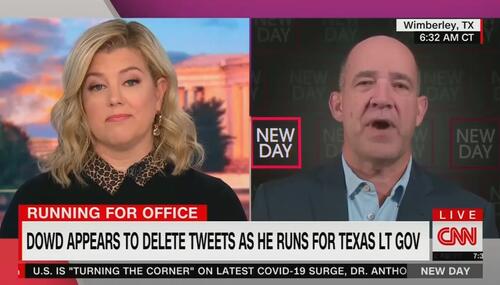 Dowd Gets Surprise Grilling from CNN's Keilar for Deleting Tweets

On Monday's New Day show, frequent CNN and MSNBC guest-turned Democratic candidate Matthew Dowd received more of a challenge from co-host Brianna Keilar than he usually gets on the liberal news network. 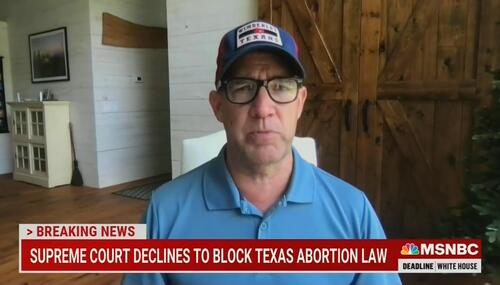 ABC-turned MSNBC political contributor Matthew Dowd went on a wildly illogical rant Thursday on Deadline: White House over Texas’s heartbeat bill. The self-proclaimed “pro-choice” Christian was “offended” by an EWTN reporter for his bold question asking the White House press secretary how the President could be so staunchly pro-abortion when it contradicted his Catholic faith.

On Monday's Deadline: White House on MSNBC, frequent guest Matthew Dowd was again oozing praise for Joe Biden over the President's Afghanistan failures as the former ABC analyst also hyperbolically claimed that, like Afghanistan, America is also a "safe haven for terrorists."