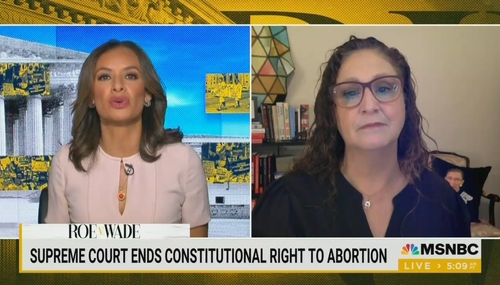 Maria Teresa Kumar is a self-proclaimed Catholic and former member of the board of Planned Parenthood. She was also the Saturday guest host of MSNBC’s Velshi where she accused the Supreme Court of implementing Catholicism across the country after it struck down Roe v. Wade. 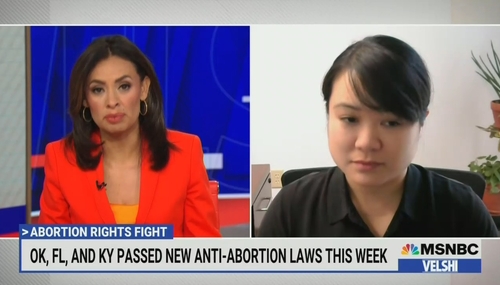 When MSNBC needed to a guest host for Saturday’s edition of Velshi, it settled on Voto Latino’s Maria Teresa Kumar. When the liberal activist proceeded to interview abortion activist Rebecca Tong the natural conclusion MSNBC reached was that pro-life laws are racist and pro-lifers aren’t really pro-life. 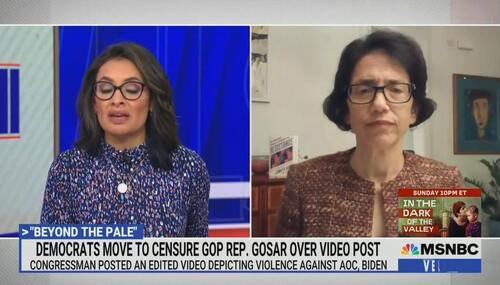 Ex-Republican Jennifer Rubin is so far to the left these days that she feels compelled to lecture the liberal media on how they’re too soft on Republicans, or as she calls them, “fascists.” The Washington Post columnist appeared on MSNBC Saturday to preach to the choir about how the media needs to adopt “new rules” and treat Republicans like pariahs...as if they weren’t…

As NBC political director Chuck Todd trotted out his mostly liberal panel for Sunday’s Meet the Press, the mood was dreary as they all had to cope with and explain President Biden’s incompetency on multiple ongoing crises, with him on yet another vacation. Some tried to prop up the White House by either touting the mood or by suggesting misinformation was to blame. But the lone… 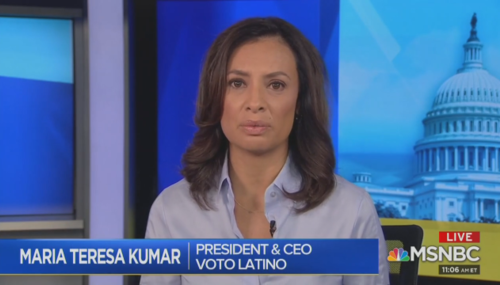 Mark Finkelstein
September 22nd, 2019 2:21 PM
Lord knows, the New York Times serves as a reliable media arm of the DNC. But let the newspaper stray from that mission for a millisecond, and the liberal establishment will come down on it like a ton of bricks. On Joy Reid's MSNBC show today, Maria Teresa Kumar of "Voto Latino" was furious at the Times in general, and its Ken Vogel in particular, for reporting the story of how Joe… 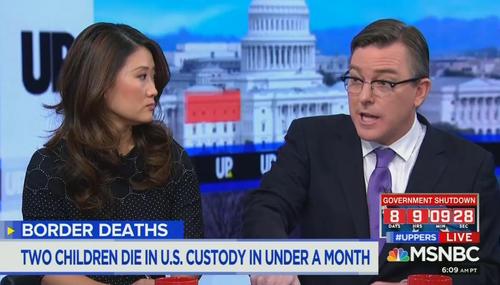 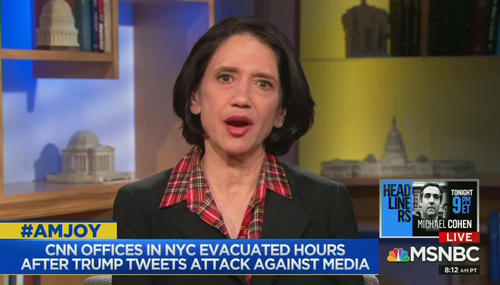 Ryan Foley
December 11th, 2018 6:51 PM
During Sunday’s AM Joy, fill-in host Jonathan Capehart and his panel discussed yet another tweet from President Trump dubbing the news media as the "enemy of the people" with Capehart arguing that Trump's tweet has “real world consequences,” referring to a bomb threat that forced the evacuation of CNN headquarters hours after the President sent… 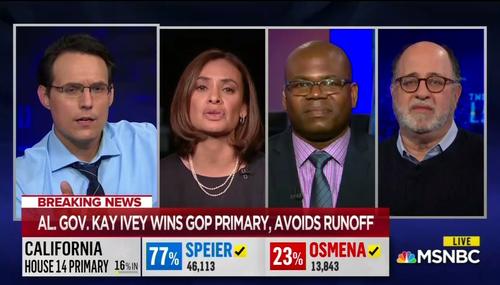 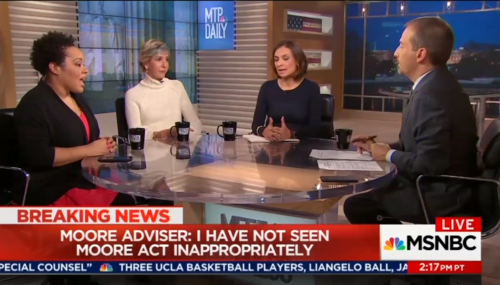 Nicholas Fondacaro
November 15th, 2017 11:41 PM
On Wednesday, the Alabama GOP and an attorney for senatorial candidate Roy Moore held a press conference to stand by their candidate and tried to discredit the sexual misconduct allegations Moore was facing. The only accusation of sexual impropriety they chose to focus on was that of Beverly Young Nelson and her infamous lawyer, Gloria Allred. The fact that the Allred’s reputation was that… 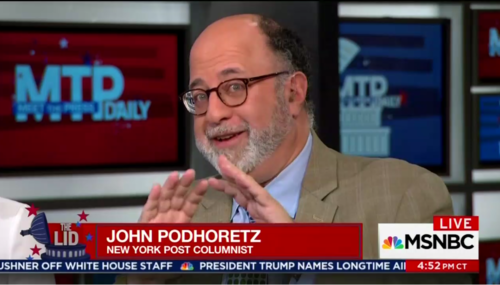 Nicholas Fondacaro
September 13th, 2017 12:26 AM
The Presidential Advisory Commission on Election Integrity was in New Hampshire on Tuesday to look into the state’s same-day voting system. And in the wake of their inquiries, the liberals of MSNBC were up in arms with claims of voter suppression and denials of voter fraud existing at all. But Commentary magazine Editor John Podhoretz laid out the facts regarding the reality of voter fraud…

Curtis Houck
October 3rd, 2016 1:20 PM
On the same Sunday morning that NewsBusters executive editor Tim Graham appeared on CNN’s Reliable Sources duking it out over Trump and the news media, a pair of panelists on NBC’s Meet the Press took veiled shots at the Fox News Channel (FNC) and conservative media figures like Glenn Beck for the decline in American political civility and decorum because they’ve been…