MSNBC has provided the latest, execrable example of how the liberal establishment will attack—and degrade with language they would otherwise condemn—any African-American who dares stray from the liberal line.

TAMIKA MALLORY (soundbite): Daniel Cameron is no different than the sellout Negroes that sold our people into slavery.

The Tamika Mallory soundbite came from a September news conference with Breonna Taylor’s family after the grand jury decision. It was even harsher in fuller context:

Daniel Cameron is no different than the sellout negroes that sold our people into slavery and helped White men to capture our people, to abuse them, and to traffic them while our women were raped, while our men were raped by savages,” she continued. “That is who you are, Daniel Cameron. You are a coward. You are a sellout. And you were used by the system to harm your own mama, your own Black mama. We have no respect for you, no respect for your Black skin because all of our skin folk ain’t our kinfolk. And you do not belong to Black people at all.”

MSNBC hosts hailing their own network programs aren't going to mention Mallory is the Women's March organizer who described viciously anti-Semitic Louis Farrakhan as the "GOAT" (Greatest of All Time). That's after Farrakhan described Jews as "termites."

MTS is probably best known for pairing with Cardi B in the indescribably vulgar WAP song and video, whose name can't even be spelled out.

MAYA RUDOLPH [impersonating Kamala Harris on SNL]: I think if there's one thing we learned tonight, it's that America needs a WAP: Woman as President [raucous cheering]. But for now, I'll settle for HPVIC: Hot Vice-President In Charge.

MARIA TERESA KUMAR: I have to say that Alec [Baldwin, impersonating President Trump] always does a fantastic job, but last night he didn't bring the full Trump, because he wasn't angry enough.

But the most talked-about moment of the night may have come from musical performer Megan Thee Stallion, who delivered a powerful message about the Kentucky Attorney General overseeing the Breonna Taylor case. Take a listen.

TAMIKA MALLORY (soundbite): Daniel Cameron is no different than the sellout Negroes that sold our people into slavery.

KUMAR: We're now hearing from your colleague, Mitch McConnell, that he wants to undertake virtual committee hearings for processing the Supreme Court, the potential Supreme Court Justice . . . At a lot of these committee hearings, folks don't realize that when you are in the room, you get a different sense of something. You get a different sense of what the person is doing. And in some cases, you could actually disrupt it, as we saw during Kavanaugh's hearing, of protesters! And you lose those elements.

Kumar's regret that virtual confirmation hearings for ACB would prevent disruption by protesters was sponsored by Allstate, Verizon, Proctor & Gamble, maker of Pepto Bismal, and Chevrolet 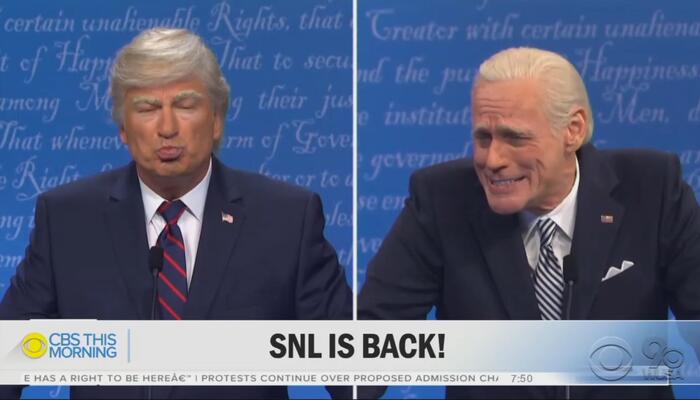 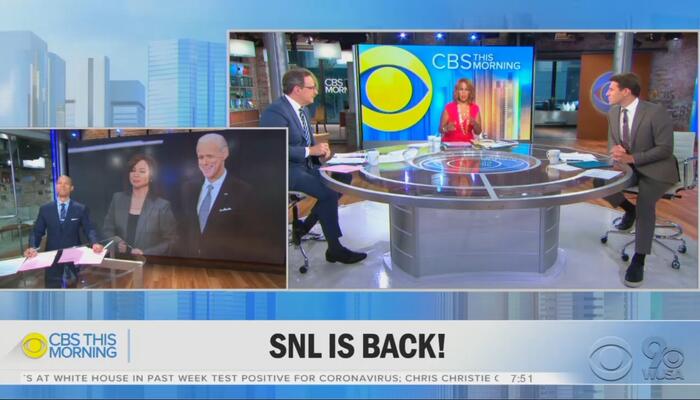 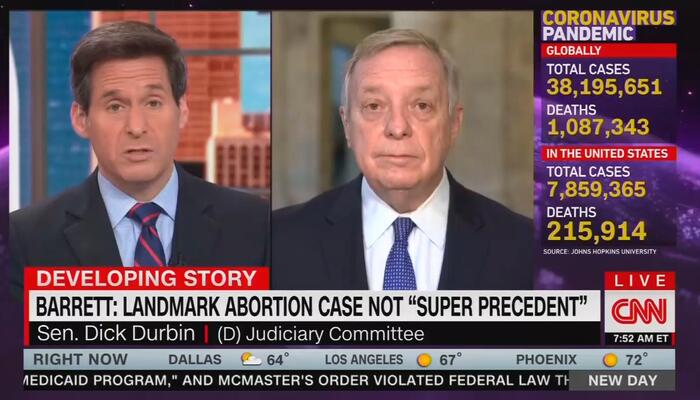 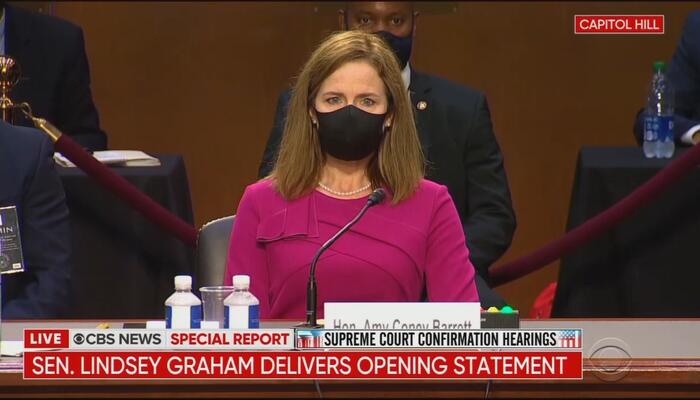 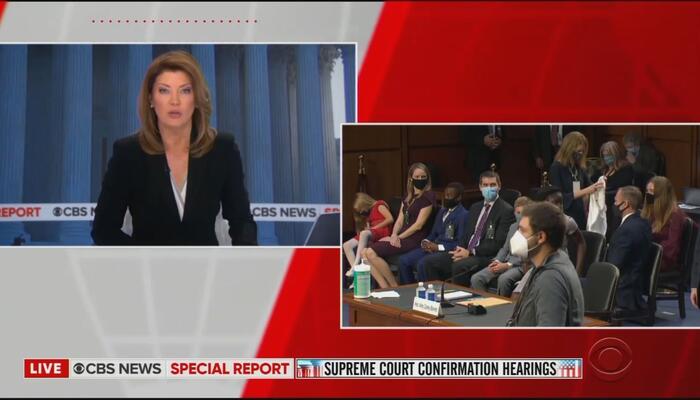 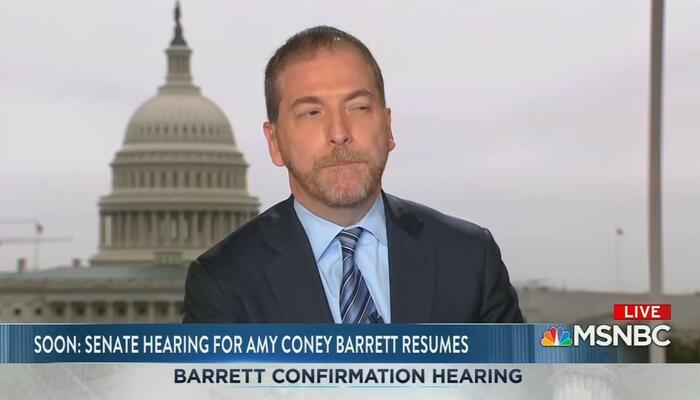 MSNBC: GOP ‘Religious Argument’ on ACB a ‘Straw Man’ (It's Not) 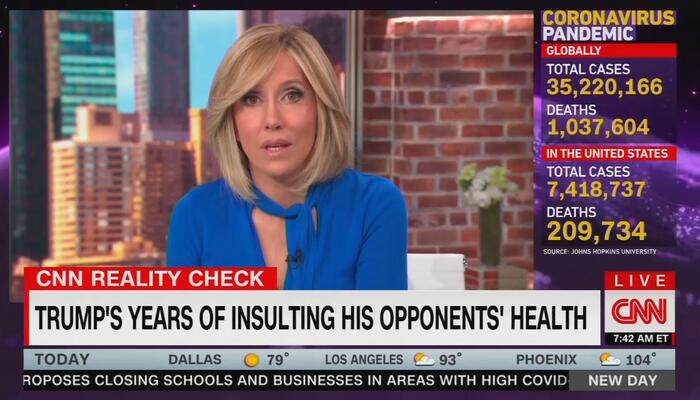 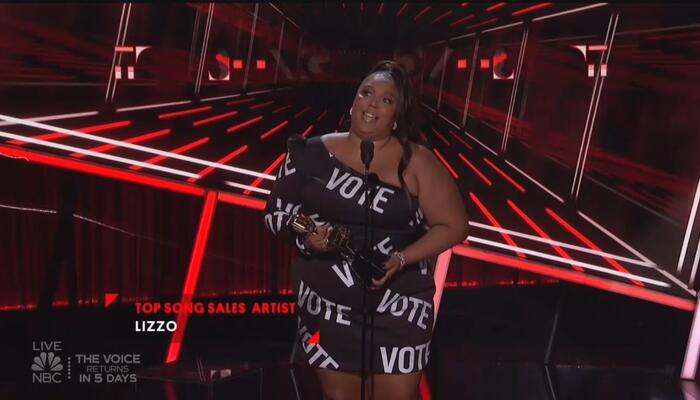 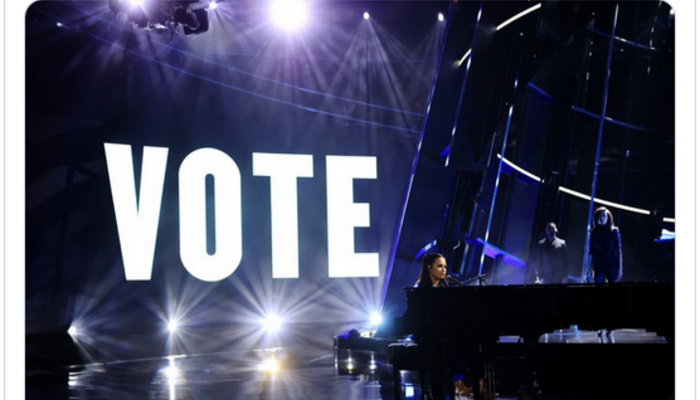 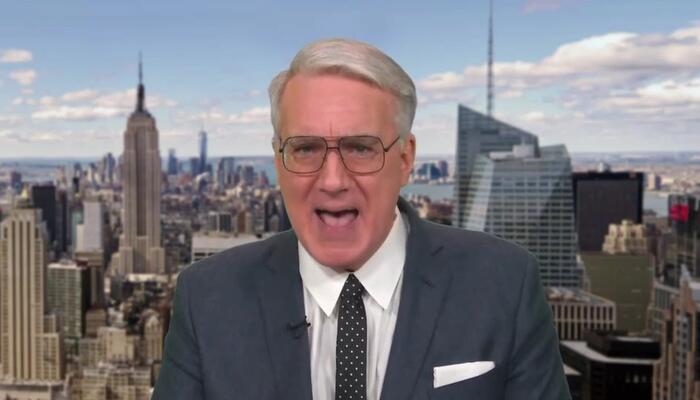