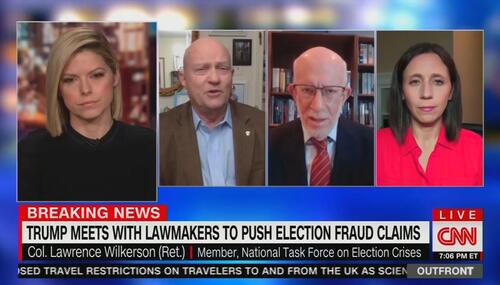 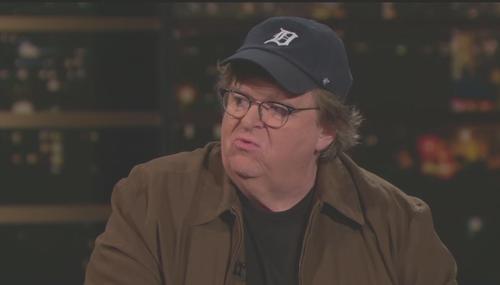 Michael Moore on Real Time: 'Fascism Is at the Doorstep'

Ryan Foley
July 1st, 2018 6:44 PM
During Friday’s edition of HBO's Real Time, panelist and leftist documentary maker Michael Moore reiterated a point frequently made by host Bill Maher that “fascism is at the doorstep” and issued a call-to-action: “The vast majority believe in women’s rights, environmental stuff, don’t put people in jail for using drugs. All of that… 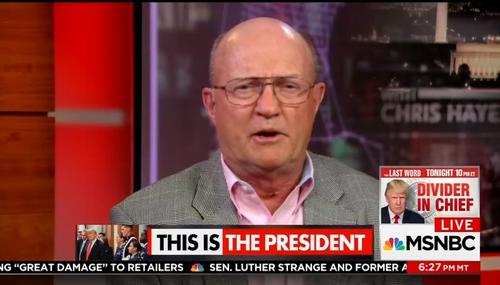 Brad Wilmouth
August 18th, 2017 8:30 AM
On Wednesday's All In show on MSNBC, substitute host Joy Reid presided over two recurring MSNBC guests who hurled hyperbolic accusations against Republicans into a discussion of President Donald Trump's reaction to the Charlottesville violence. In one segment, "life-long Republican" Colonel Lawrence Wilkerson asserted that "my Republican party has racists all over it." 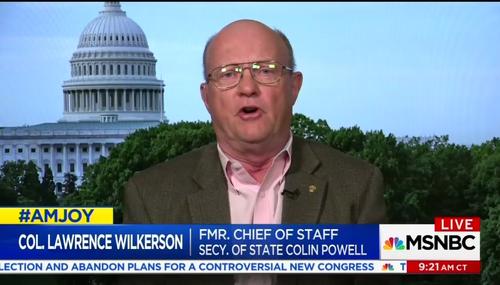 Brad Wilmouth
July 24th, 2017 11:24 AM
On Sunday's AM Joy, recurring MSNBC guest Lawrence Wilkerson used an anonymous quote to actually portray "the Jews" in Israel as being the "biggest enemy" of Christians "in the region" as the former Colin Powell aide accused right-leaning Israeli Prime Minister Benjamin Netanyahu of trying to provoke Palestinian Arabs so that Israel can "react viciously… 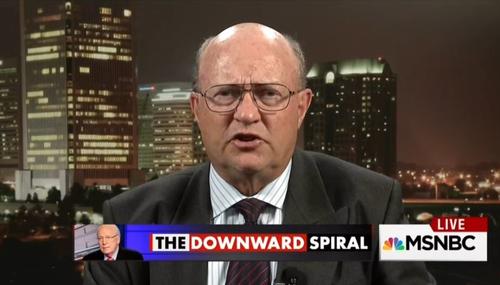 Curtis Houck
September 9th, 2015 7:45 AM
While appearing on the Tuesday installment of MSNBC’s All In, former Chief of Staff to Colin Powell and retired Colonel Lawrence Wilkerson compared former Vice President Dick Cheney to Joseph McCarthy and suggested that he “cannot recognize reality” due to him either being “shocked” on 9/11 or suffering from a “physiological” or “biological”… 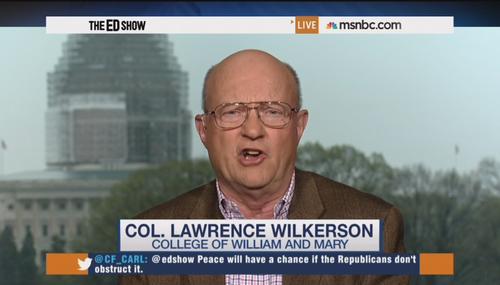 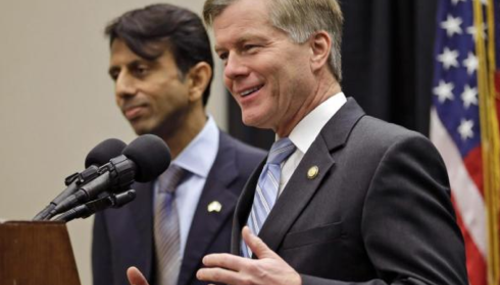 Cal Thomas
October 30th, 2012 1:00 PM
On MSNBC's Ed Schultz program Friday night, the former chief of staff for Colin Powell, retired Army Col. Lawrence Wilkerson, said, of the Republican Party, "My party is full of racists ... and the real reason a considerable portion of my party wants President Obama out of the White House has nothing to do with the content of his character, nothing to do with his competence as…

Behar: BP Oil Spill 'Can Be Laid at Cheney’s Feet'; 'People Should B

Jeff Poor
May 25th, 2010 8:45 PM
He may be out of office, but Cheney Derangement Syndrome lives on. This time, and just like other times in the past, "The View" co-host and host of her own HLN show, Joy Behar used the BP oil spill to attack the Bush administration, specifically former Vice President Dick Cheney by suggesting he was really behind the oil spill.  Her source - it was an outspoken critic of the Bush…

Jack Coleman
May 21st, 2009 6:02 AM
Clarity can come from unexpected places -- even that unlikeliest of sources, MSNBC.Such has been the case with a pair of recent guests on "The Rachel Maddow Show" who made a series of surprising statements -- albeit only in the context of MSNBC. Example one -- Lawrence Wilkerson, former chief of staff to Colin Powell, appearing on Maddow's show May 12 and criticizing Dick Cheney's…