In its newest episode, “Got Milk?” Fox’s post-apocalyptic comedy Last Man On Earth gave viewers a flashback to the time when the pandemic that has wiped out most of earth was just starting – and the show seemingly takes great delight in the current cabinet of Republicans dying in office.

As NewsBusters reported last week, now that Mitt Romney appears set to win the Republican presidential nomination, Saturday Night Live is going to do its darnedest to trash him every week through Election Day.

This pattern continued Saturday as for the second week in a row the program began with a segment attacking the former Massachusetts governor while also taking shots at all the other candidates including a disgusting homosexual reference to Michele Bachmann's husband Marcus (transcribed lowlights and commentary follow, video for those that can stand it available at Mediaite):

With it now appearing Mitt Romney will be the Republican presidential nominee, it is a metaphysical certitude media attacks on him will drastically increase and intensify.

NBC's Saturday Night Live did its part this weekend with a five minute opening sketch that totally trashed the candidate as being a pandering fool without any core values whatsoever (video follows with transcribed highlights and commentary):

Actress Kristen Wiig playing the Congresswoman explained that as a result of technical difficulties in her first attempt, CNN gave her a second try at it. What followed was gaffe after gaffe in another segment by SNL designed to totally trash a conservative woman (video follows with transcript and commentary): 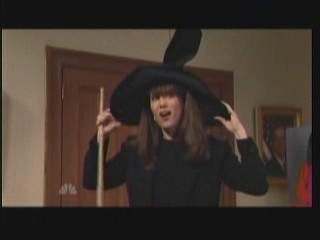 Two weeks ago most Americans had never heard of Christine O'Donnell.

Now, she's the brunt of a vulgar joke on the opening sketch of "Saturday Night Live's" first show of the new season.

In it, the GOP nominee for Senate from the state of Delaware - played by Kristen Wiig - met with members of the Republican National Committee to decide a campaign strategy.

SNL on Wolf Blitzer: 'Such an Exciting Name for Such a Boring Man' 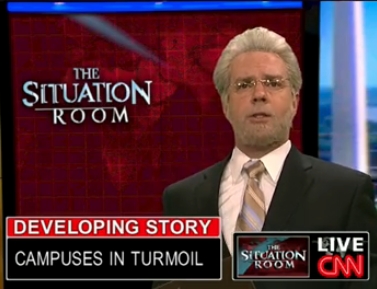 The "Saturday Night Live" team last evening mocked CNN and many of its most prominent personalities, in particular, Wolf Blitzer.

"Such an exciting name for such a boring man," said actor Jason Sudeikis in a marvelous Blitzer costume.

CNN personalities weren't the only target, for the sketch also lampooned the network's use of citizen journalists via the Internet and cell phone videos.

"Once again, CNN asks, are you there?" said Sudeikis. "Are you on the scene?"

"Then send us your updates and send us your photos," he continued. "In other words, do our job for us" video embedded below the fold with transcript, h/t Story Balloon):

"Speaker Pelosi and Majority Leader Reid have assured me that unpopular though it may be, in the days ahead this bill will be passed by both the House and Senate and sent to my desk for signature," assured Armisen.

"Finally, after decades of effort, we will have real healthcare reform even though, as I have said, it may not be popular. Or viewed favorably by Americans. Or what the people want us to do" (video embedded below the fold with transcript, h/t Story Balloon):

NBC's "Saturday Night Live" last evening amazingly blamed Democrats for the current financial crisis, and accurately informed viewers that the Bush administration warned about the looming calamity many years ago.

This came roughly 24 hours after actor Alec Baldwin made the same claim on HBO's "Real Time."

In addition, much like a report Matthew Sheffield and I did for the Capital Research Center last month, "SNL" exposed the money behind far-leftwing causes and entities in a stunningly accurate fashion, including chiding hyper-partisan billionaire George Soros as being the owner of the Democratic Party.

Here are some of the highlights (video embedded right):