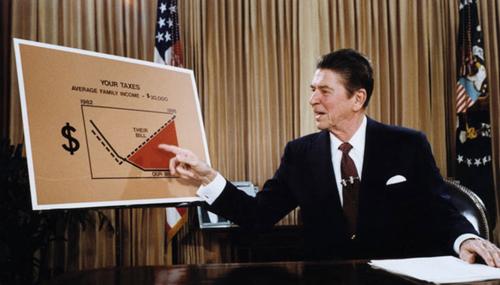 Tom Blumer
November 20th, 2017 11:56 PM
At the Associated Press on Friday, economics writer Paul Wiseman attempted to rewrite history, pretending that "trickle down" economics is a term Republicans have used for their economic plans since the days of Ronald Reagan, and that the current GOP tax plan which has made it through the House and is being considered by the Senate is more of the same thing. In fact, Reagan's policies, which were… 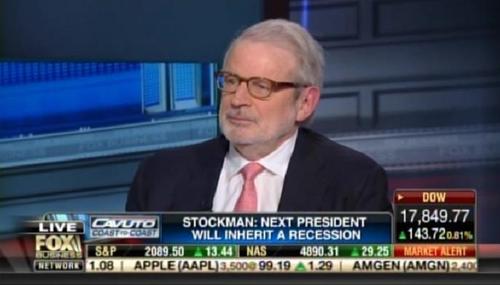 Reagan’s OMB Director: Next President Will ‘Inherit a Recession’

Business
Sam Dorman
May 26th, 2016 8:07 AM
Former Reagan official David Stockman predicted that whoever was elected in 2016 would “inherit a recession.” Stockman, former Director of the Office of Management and Budget for President Ronald Reagan, said on May 25, 2016, that Wall Street would undergo “massive panic and selling.” 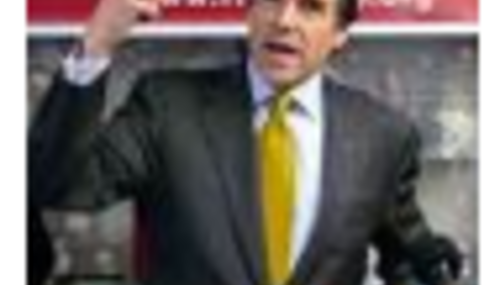 Mark Finkelstein
January 22nd, 2012 8:49 AM
There are few things the liberal media like more than a Republican renegade.  David Stockman has made a career out of strutting his independence from the GOP.  So little surprise that he was an honored guest on this morning's Up With Chris Hayes on MSNBC. That Stockman repaid his hosts by attacking Republicans was utterly predictable.  Even so, the absurdity of Stockman's particular… 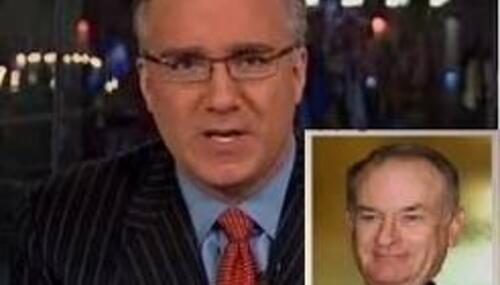 Noel Sheppard
January 22nd, 2011 5:35 PM
Rachel Maddow had a very tough evening Friday. Before telling a 100 percent falsehood about Reaganomics on HBO's "Real Time," the MSNBC commentator said the Strategic Defense Initiative would never work because you can't shoot a missile out of the sky with another missile (video follows with transcript and commentary): 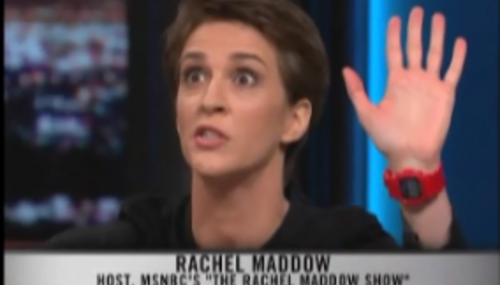 Noel Sheppard
January 22nd, 2011 4:37 PM
Bill Maher on Friday once again demonstrated how little he knows about politics and current events. In a discussion about House Republicans voting last week to repeal ObamaCare, the "Real Time" host said that law's individual mandate is constitutional because states require people to own car insurance (video follows with transcript and commentary): 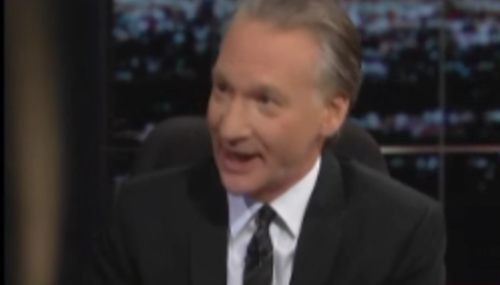 Noel Sheppard
January 22nd, 2011 3:07 PM
Since its inception, NewsBusters has informed readers of the tendency of liberal media members to completely make up economic data when it fits their agenda. Not surprisingly, this happened on Friday's "Real Time" when host Bill Maher brought up Reaganomics and MSNBC's Rachel Maddow proudly told - she even stood up to tell this whopper! - a 100 percent falsehood about income gains during that… 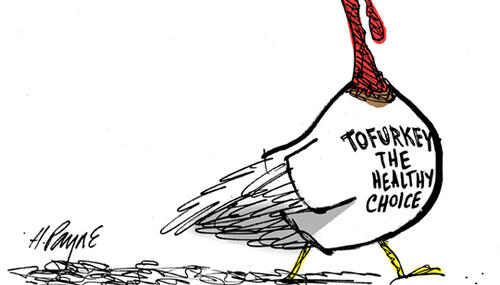 Amanpour Presses Paul and Pence to Agree Taxes Must Be Raised, Trumpet

Brent Baker
November 7th, 2010 3:44 PM
Christine Amanpour spent much of Sunday’s This Week arguing with her guests about how taxes must be raised -- a theme also echoed on Face the Nation and Meet the Press -- as she brought aboard the media’s newest hero, tax-hike advocate David Stockman, and also touted Warren Buffett’s quest to hike taxes and how even conservatives in Britain have agreed to do so: “They’re saying there for every…