Cal Thomas
November 20th, 2018 12:13 PM
After two recounts — one by machine, the other by hand — after a concession speech by Andrew Gillum, the Democratic candidate for governor, which was withdrawn and then re-delivered; after hordes of lawyers descended on the state to argue that "every vote should be counted," including mail-in ballots with faulty signatures that were rejected the first time around, it's… 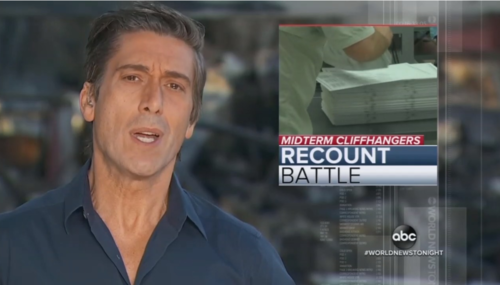 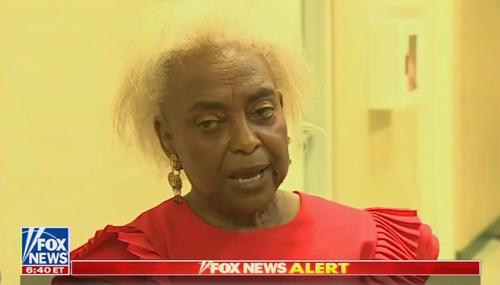 P.J. Gladnick
November 10th, 2018 3:47 PM
Although the mainstream media continues to deny the many allegations of corruption and fraud against the Broward County Supervisor of Elections, Brenda Snipes, even they are forced to concede the overwhelming evidence of incompetence on her part. The absurdly high level of incompetence on display by Snipes is too much for a few in the liberal media, which would normally be expected to jump… 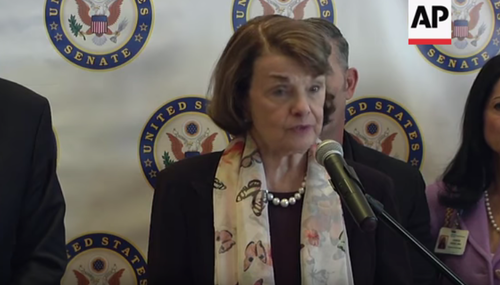 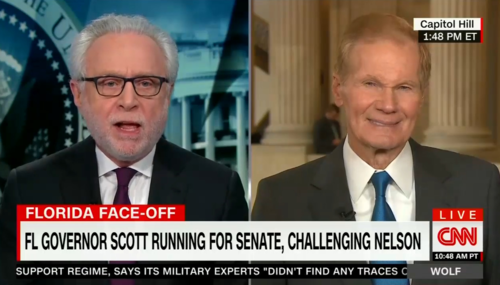 Kyle Drennen
April 9th, 2018 5:32 PM
After being treated to a softball interview on CNN Monday afternoon, Florida Democratic Senator Bill Nelson invited anchor Wolf Blitzer to moderate a debate between him and his newly-announced Republican opponent, Governor Rick Scott. During the friendly exchange, Blitzer even urged Nelson to elaborate on an attack line against his GOP rival. 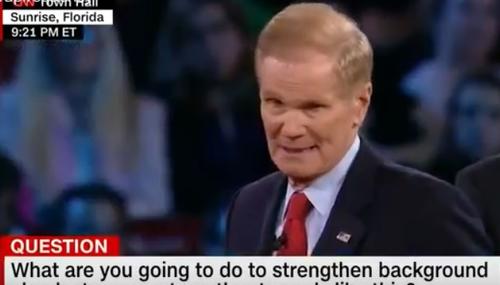 P.J. Gladnick
February 23rd, 2018 7:26 PM
Just how inappropriately political does a Democrat have to be to incur the wrath of even reliably liberal Chris Cillizza of CNN? About as self-serving as Florida Senator Bill Nelson who used Wednesday's CNN Town Hall meeting about the tragic Parkland, Florida shootings at Marjory Stoneman Douglas High School to attack his likely campaign opponent later this year. 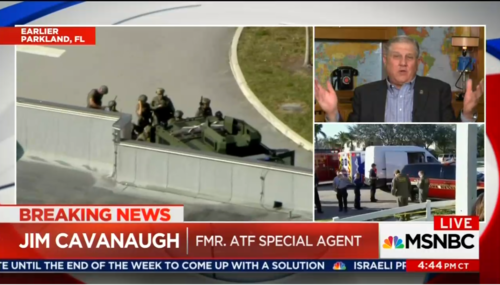 MSNBC Analyst Laments 2A ‘Suicide Pact,’ We're 'Slaughtered for It'

Nicholas Fondacaro
February 14th, 2018 10:07 PM
During an appearance on MSNBC’s MTP Daily on Wednesday to discuss the Parkland, Florida school shooting, former ATF special agent Jim Cavanaugh expressed what could arguably be called a disdain for the Second Amendment when he chided it as a “suicide pact” and dismissed the concerns of gun rights advocates. 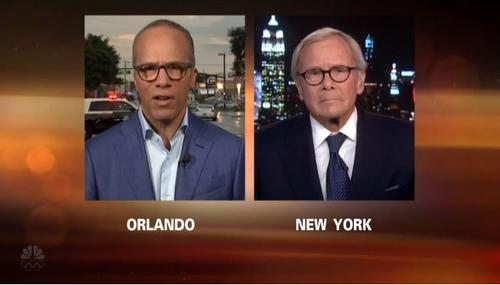 Holt: Shootings Will 'Be Like Hurricanes' If Gun Violence Doesn't End

Curtis Houck
June 13th, 2016 11:23 AM
On separate occasions during Sunday’s special edition of NBC’s Dateline on the Orlando terror attack, anchor Lester Holt equated mass shootings to hurricanes in the event guns aren’t corralled and could leave the American people stuck on a “hamster wheel” of violence. Prior to Holt’s first comment, Democratic Senator Bill Nelson (Fl.) was speaking to him…

Drudge: Reporter 'Confined in a Closet' at Biden-Nelson Event

Tom Blumer
March 26th, 2011 8:35 PM
Question: What happens when you put Joe Biden, Florida Senator Bill Nelson, and Orlando Sentinel Reporter Scott Powers together in the house of a rich Democratic donor? Answer: They don't stay together for long, as reported in a Drudge flash late this afternoon (also carried at the PJ Tatler, whose time stamp is about 45 minutes later after adjusting for its West Coast location):…

Jeff Poor
September 11th, 2008 6:29 PM
You would never associate sex and drugs with crude oil - but politically, the Democratic Party might try. Sen. Bill Nelson, D-Fla., appeared in an interview on CNBC's September 11 "Power Lunch" the day after it was revealed that federal investigators discovered an Interior Department group overseeing the collection of oil and natural gas royalties improperly had sex with subordinates…