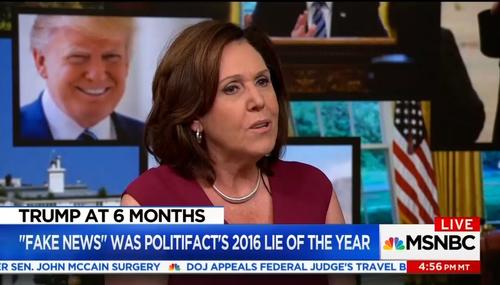 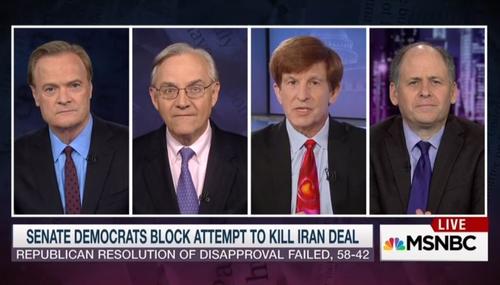 Curtis Houck
September 11th, 2015 8:08 PM
During a segment on MSNBC’s The Last Word late Thursday, all three liberal panelists spouted off on the ability of the Soviet Union to follow treaties (in context of the Iran deal), comparing the Iran nuclear agreement to Richard Nixon’s China visit, and lamenting the “partisan...political climate” Republicans have caused the deal to be implemented under. 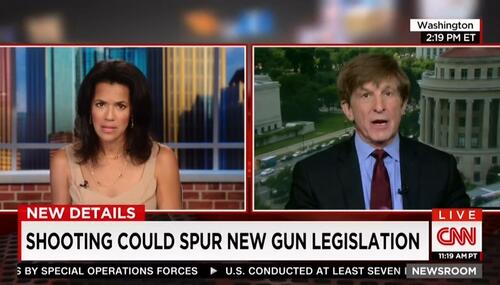 Brad Wilmouth
July 26th, 2015 9:44 PM
On Saturday's CNN Newsroom, host Fredricka Whitfield brought aboard liberal American University Professor Allan Lichtman to get his views on why recent presidents have had so much difficulty in passing new gun control laws. Lichtman, whose history of running as a Democrat for the U.S. Senate in Maryland was not mentioned, was given an unchallenged forum to push for more gun control in…

Tom Blumer
November 14th, 2011 7:32 PM
In Hawaii today, according to an Associated Press dispatch filed by Ben Feller, President Barack Obama is reported to have told supporters that, in Feller's words, "everything they worked for and that the country stands for is on the line in his 2012 re-election bid." Well, if what those donors have "worked" for is an inside track to government money, and if what the…

Amidst Obama's Falling Poll Numbers, MSNBC Tries to Suggest He Could R

Matt Hadro
August 24th, 2010 12:00 PM
During the 3 p.m. MSNBC news hour Monday, anchor Chris Jansing asked the question and hosted an expert who supplied the seemingly desired answer. The question: Could President Obama make a mid-term comeback similar to President Reagan in 1982? The answer: Absolutely.The two discussed the similarities of the situations faced by the presidents, and seemed to conclude that if the economy turns…

CNN's Alina Cho: Obamas are the 'Royal Family of the United States

Matthew Balan
April 1st, 2009 6:22 PM
CNN correspondent Alina Cho loaded the regal language into her report on Wednesday’s American Morning about Europe’s “apparent love affair” with Michelle Obama. Besides the obligatory Jackie Kennedy references, Cho gave a preview of the first lady’s tea with Queen Elizabeth II: “On today’s schedule: tea with the queen, and insiders say the queen and America’s queen bee will be fast friends.” The…

Matthew Balan
January 8th, 2009 12:57 PM
On Thursday’s Newsroom program, CNN correspondent Jim Acosta indirectly compared the Obama family to the pregnant Virgin Mary and St. Joseph looking for a place to stay in Bethlehem during a report about the unavailability of the Blair House: “...[I]t’s still not clear why there wasn’t enough room at the inn for the Obamas. The 70,000 square foot complex is actually bigger than the White House.…