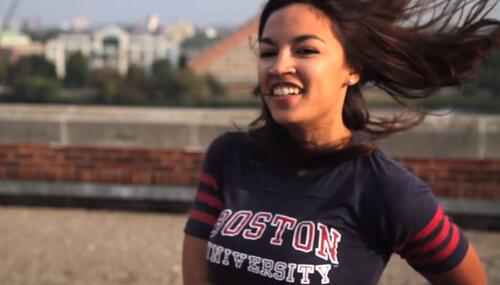 Clay Waters
January 7th, 2019 1:25 PM
Rep. Alexandria Ocasio-Cortez did a dance while in college several years ago, an edited version of it hit social media. Newsweek’s Jason Le Miere squeezed two misleading articles out of the spat, furthering  the media myth that Republicans are somehow offended or outraged by her dancing, while never actually naming a single outraged conservative. The first was  "Conservatives… 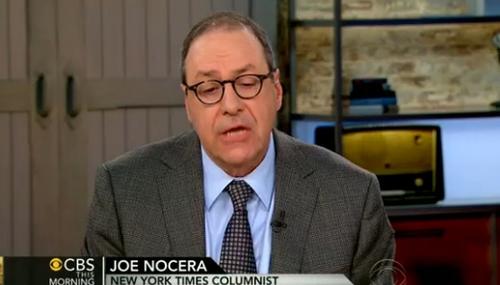 Tom Blumer
February 4th, 2015 7:02 PM
On Friday, Joe Nocera at the New York Times, in the words of a February 4 Times correction, premised his op-ed column "about the indictment of the longtime New York State Assembly speaker, Sheldon Silver ... on several factual errors." The correction failed to correct yet another factual error, namely that Silver, who was arrested, as the Times itself reported, on January 22, has…

Mark Finkelstein
August 12th, 2008 2:26 PM
From a non-Jew, it would smack of anti-Semitism.  From Eric Alterman? You be the judge.The author of the Altercations column at Media Matters has a running complaint:  Rick Klein, editor of The Note at ABC News, pays too much respect to the work of other Jewish pundits. Jennifer Rubin, one of the chief bloggers at Commentary's "Contentions" blog, was Alterman's first target, in his…

Noel Sheppard
April 25th, 2008 10:28 AM
A remarkable thing happened Thursday: a press member wanted to ask Nobel Laureate Al Gore about the growing international food crisis and how it relates to ethanol and global warming hysteria.Not surprisingly, the man who cast the tie-breaking vote in the Senate fourteen years ago mandating the use of ethanol wasn't available, and a spokesman for his hysteria-driving Alliance for Climate…

Noel Sheppard
August 8th, 2007 5:17 PM
So, you want to use corn to reduce the nation's dependence on foreign oil, huh? Have you thought through all of the ramifications first? For instance, how are cattle ranchers going to afford to feed their cows, and what might that do to the availability of beef around the country and its price? Clearly, such issues weren't fully considered before Congress decided to mandate the use of ethanol…

Not Much Ado Over 'Alms' Libel Outcome

CAIR and Al-Qaeda Connected; Does Anyone in Old Media Care

Tom Blumer
June 19th, 2007 10:11 AM
Ohio's press must have been forced into rationing newsprint and bandwidth during the past couple of days. I can't otherwise explain how the Toledo Blade, Cleveland Plain Dealer, Cincinnati Enquirer, Dayton Daily News (news; blogs), and especially the Columbus Dispatch, have thus far carried no coverage of this Ted Strickland appearance on Sunday: Monday, June 18, 2007 OHIO GOVERNOR SPEAKS AT…

Ken Shepherd
April 13th, 2007 11:36 AM
Yesterday I noted that the New York Sun reported Melissa McNamara to be the producer CBS fired for plagiarizing the Wall Street Journal in a script she wrote for Katie Couric's April 4 "Notebook" vlog. For its part, CBS News refused to publicly release the name of the fired producer. As of publication of this blog post, CBS's ombudsblog "Public Eye" has not addressed the Sun'…

Ken Shepherd
April 12th, 2007 10:40 AM
The New York Sun is reporting today that CBS "Blogophile" Melissa McNamara is the producer that was fired for plagiarizing from a Wall Street Journal column. The fired producer recycled language from a Jeffrey Zaslow column in the script she wrote for a Katie Couric "Notebook" entry published to the CBS Web site on April 4. CBS has refused to name the fired producer, but I'll…