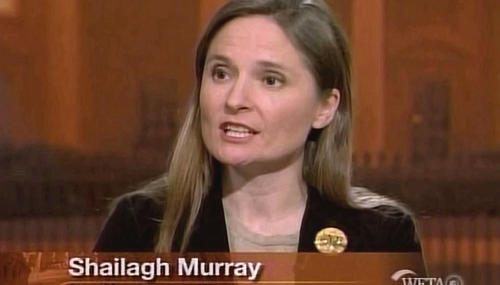 Brent Baker
March 24th, 2015 3:46 PM
To serve in his inner-most circle of trusted confidants, President Obama has selected someone who spent most of her adult life in a profession very friendly to him and eager to boost his liberal causes: journalism. Former Washington Post political reporter Shailagh Murray will succeed Dan Pfeiffer as Senior Adviser to the President. 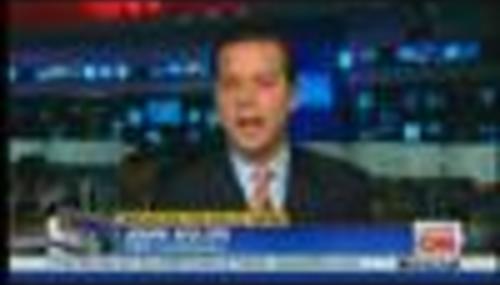 Lachlan Markay
March 18th, 2011 3:41 PM
After penning a number of stories toeing the Democratic line on a variety of issues, Washington Post reporter Shailagh Murray decided to make it official: the Post announced Friday that she has taken a job in the office of Vice President Joe Biden. Murray marks the 18th journalist to move from a reporting position to a post in Democratic politics or vice versa since President Obama took… 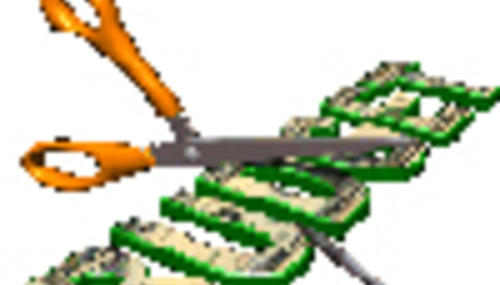 WaPo Wonders: How Can You Spend a Trillion Dollars with 'Tangible Resu

Tim Graham
August 8th, 2010 7:41 AM
The front page of Saturday's Washington Post carried an article by Shailagh Murray from Ohio's 13th congressional district, just west of Cleveland. The dominant theme was two-term Rep. Betty Sutton's whining that her GOP opponent Ted Ganley, a car dealer, benefited from Cash for Clunkers but now bashes it. The Post wondered about why Democrats get so little credit for the "stimulus,"…

Tim Graham
July 18th, 2010 11:24 PM
The Washington Post published another story dedicated to the proposition that the Tea Party is too extreme and will ruin the Republican Party's appeal to moderate voters. Reporter Shailagh Murray's entire story on Sunday dwelled on how standard-issue Republicans “worry that tea-party candidates are settling too comfortably into their roles as unruly insurgents and could prove hard to manage if…

Tim Graham
April 26th, 2010 11:07 AM
It would sound odd to say the Washington Post is harsher on Tea Party activists than they are on the man who shot Ronald Reagan. But that's what happened on Monday's front page. Shailagh Murray's article on former Congressman Charlie Bass moving to the right, endorsing the Tea Parties, and saying "their agenda is exactly the same as mine," painted conservatives this way: But for a…

Ken Shepherd
May 7th, 2009 11:41 AM
President Obama is proposing a measure today to slowly kill the D.C. school voucher program by attrition. Because the liberal National Education Association wants Congress to immediately kill the program, the Washington Post's Bill Turque and Shailagh Murray hailed Obama's plan as "an attempt to navigate a middle way on a contentious issue."President Obama will propose setting aside…

Ken Shepherd
January 22nd, 2009 3:02 PM
Reportedly few Republicans see reason to ultimately vote against confirming Obama's attorney general designee and the GOP Senate minority has only put a one-week delay on his confirmation hearings, but the Washington Post was insistent in its January 22 headline that that Republican senators were set on "Obstruct[ing] Eric Holder's "Path to [the] Justice Dept."This is markedly…

McCain Seeks 'Balancing Act' on the Planet; WaPo Does Not

Can an Obama Backer Be a 'Strong and Consistent Abortion Foe