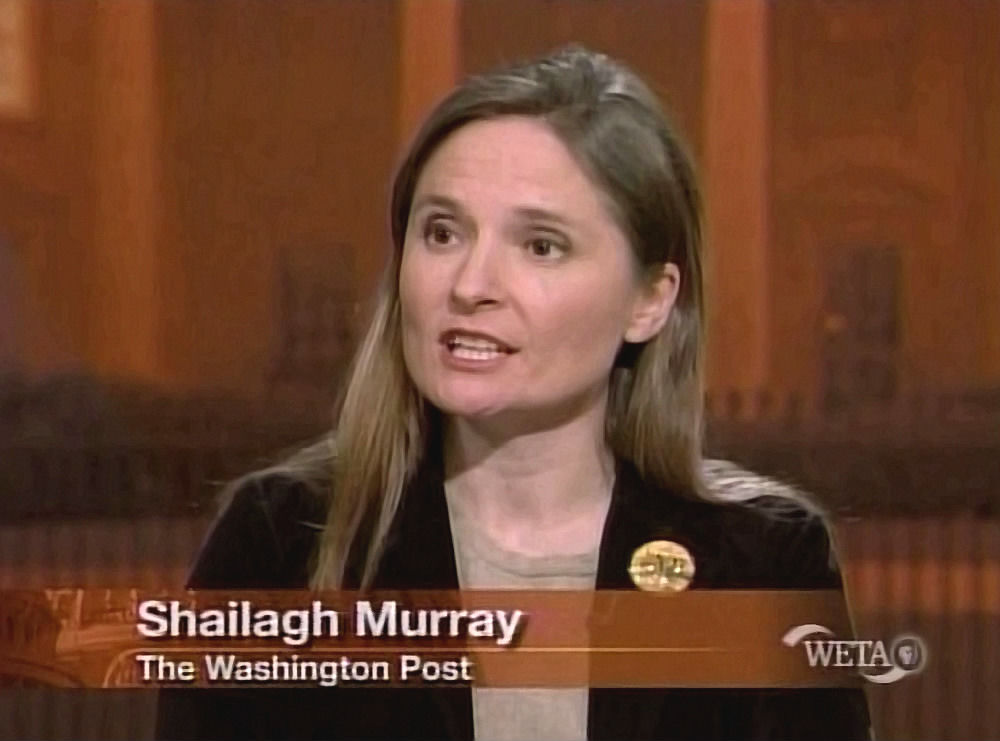 To serve in his inner-most circle of trusted confidants, President Obama has selected someone who spent most of her adult life in a profession very friendly to him and eager to boost his liberal causes: journalism. Former Washington Post political reporter Shailagh Murray will succeed Dan Pfeiffer as Senior Adviser to the President.

Murray worked as a Wall Street Journal correspondent from 1992 until jumping to the Washington Post in 2005, a position she left in early 2011 to more directly promote the interests of Vice President Joe Biden as his Communications Director. In that slot, she replaced Jay Carney, formerly Time magazine’s Washington Bureau Chief, who moved from Biden’s office to become White House Press Secretary.

In Biden's office, she simultaneously held the title of Deputy Chief of Staff for the Vice President.

(Image from a 2010 appearance on PBS's Washington Week in Review.)

Politico quoted President Obama hailing her value to him: “For four years, I’ve relied on Shailagh Murray’s strategic advice and keen ability to cut through the Washington noise to focus on what matters to everyday Americans, and I’m proud to have her as a senior adviser.”

>> My list of 30 of those who have revolved between the news media and the Obama administration. <<