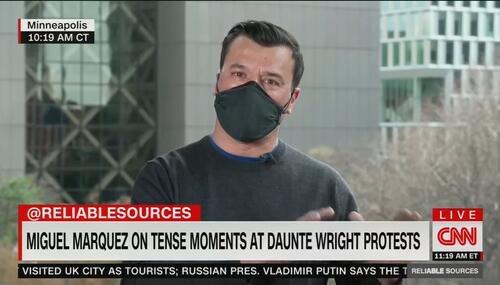 NewsBusters was the first on the scene Wednesday night to report how CNN was covering up an incident where one of their crews in Brooklyn Center, Minnesota was battered and chased off by a violent Black Lives Matter mob. Four days went by before Reliable Sources host Brian Stelter mentioned the incident on-air for the first time, and in doing so he scoffed at our reporting went “viral…

Shortly before the handoff between CNN’s Anderson Cooper 360 and Cuomo Prime Time on Wednesday, a person from one of their crews on the ground in Brooklyn Center, Minnesota became the victim of battery when a member of the Black Lives Matter mob beamed him in the head with an apparently frozen water bottle, causing him to seemingly lose consciousness for a moment… 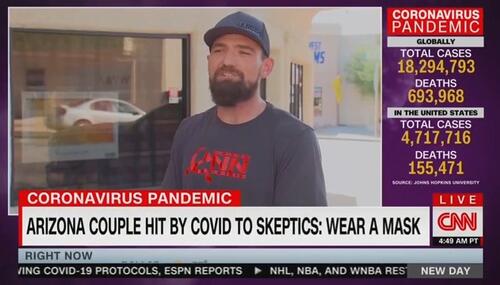 CNN airs a segment that includes an interview by CNN reporter Miguel Marquez with an Arizona gun shop owner wearing a t-shirt emblazoned with "CNN" -- except the 'C' had been replaced with . . . a hammer and sickle. His message was clear: the Communist News Network! 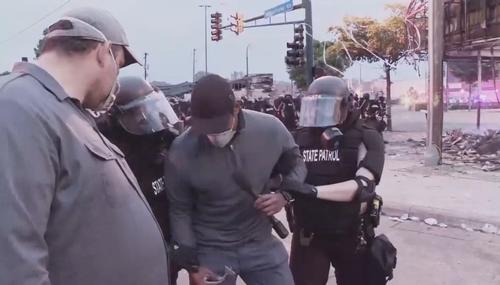 Curtis Houck
May 30th, 2020 3:57 AM
Don’t let any national journalist tell you that they don’t want to be a part of the story. On Friday night into early Saturday morning, CNN eagerly turned around not one but two promos touting their coverage of the Minneapolis riots, including the disturbing and despicable arrest of correspondent Omar Jimenez and his crew hours earlier on New Day. So, our New York and Washington-… 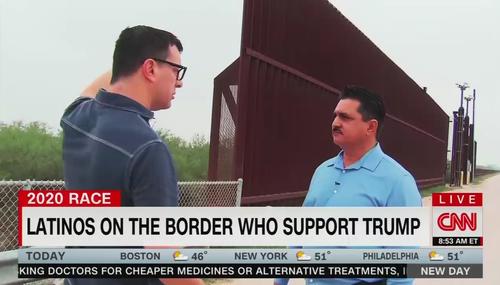 Kristine Marsh
March 19th, 2019 11:27 AM
CNN journalists were shocked this week to find out their own poll revealed 34 percent of Latinos support President Trump. Correspondent Miguel Marquez highlighted the numbers as he spoke to pro-Trump Hispanics in his report which first played on Erin Burnett OutFront Monday evening, then replayed on New Day Tuesday morning. 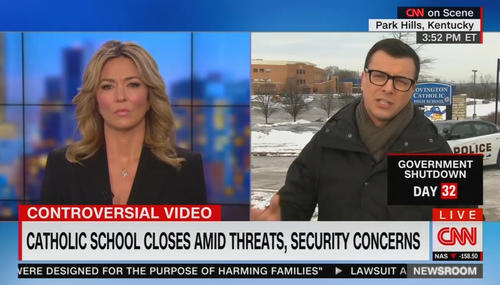 Curtis Houck
January 22nd, 2019 8:19 PM
Tuesday afternoon’s CNN Newsroom dedicated a full segment to the shameful security threats to Covington Catholic High School, its students, and their families. However, it largely brushed off this horrible reality by focusing on a “poignant exchange” between a Native American and Trump supporter outside the Covington Diocese as well as defending the media writ large from their… 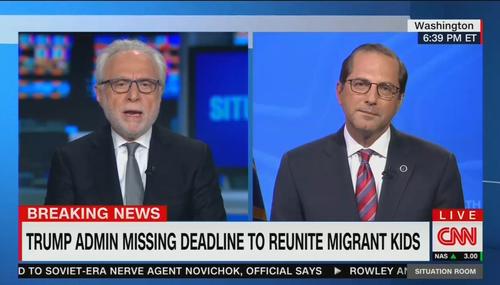 Brad Wilmouth
July 11th, 2018 1:56 PM
On Tuesday evening, CNN's Wolf Blitzer seemed oblivious to the importance of verifying that illegal immigrants with children actually are the real parents after they drag the children across the desert to enter the U.S. illegally instead of simply walking into a legal port of entry, as the CNN host pressed HHS Secretary Alex Azar over why the Trump administration has not reunited children… 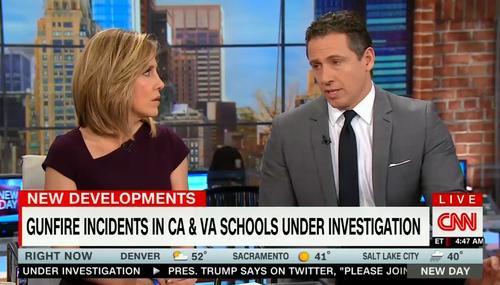 CNN Hypes 'Shocking Reminders of the Danger' of Teachers With Guns

Brad Wilmouth
March 15th, 2018 8:47 PM
On Thursday morning, CNN's New Day show ran a full report on the recent cases of two school teachers -- one from California and one from Virginia -- who accidentally fired their weapons inside school buildings as the report hyped the incidents as "shocking reminders of the danger" of arming teachers. The report even included the soundbite of a parent who had been leaning toward… 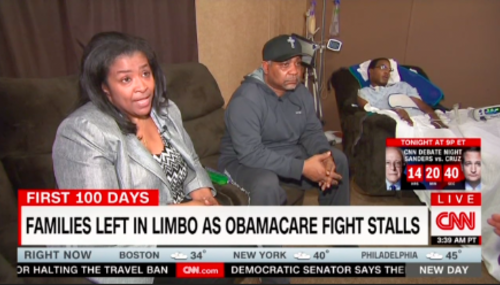 Jackson Richman
February 7th, 2017 1:02 PM
On Tuesday, CNN's New Day profiled a West Virginia family who can afford to care for their paralyzed son due to recieving health insurance through ObamaCare. Although an unfortunate circumstance, the story was a blatant case of media bias in favor of maintaing the law. At the end of the story, correspondent Miguel Marquez inserted his opinion and said preserving Obamacare… 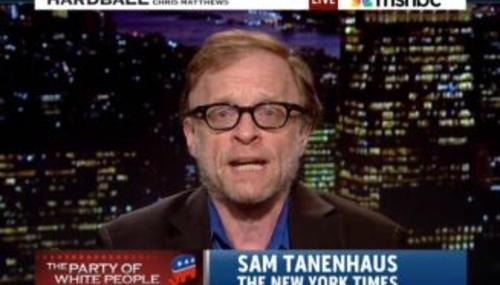 Matt Hadro
March 13th, 2013 3:36 PM
It took only seven minutes after the announcement of a new pope for CNN to interview women's ordination activists in St. Peter's Square. The liberal activists were the first interviewees on CNN after the white smoke emerged from the Sistine Chapel chimney. Correspondent Miguel Marquez pointed out their "ordain women badges" and gave credence to their cause. "We have…

Brent Baker
October 22nd, 2007 9:45 PM
A rare upbeat story on Iraq ran Monday night on ABC's World News. Anchor Charles Gibson touted “an extraordinary comeback story” about Fallujah, the city of one of the war's bloodiest and longest battles, but now where reporter Miguel Marquez discovered bustling markets, Marines welcomed by kids and no car bombs or shootings of Marines in several months. Gibson effused about how “we have an…

Sanchez Blasts Media, But Media Only Highlight His Criticism of Bush

Brent Baker
October 15th, 2007 9:01 PM
The news media “eagerly reported” comments from General Ricardo Sanchez, the former top commander in Iraq, “calling the war in Iraq a quote 'nightmare with no end in sight,'” FNC's Brit Hume noted Monday night before pointing out how “there has been considerably less reporting of his harsh criticism of the press in the same speech.” Indeed, in his Friday address to a group of journalists, Sanchez…