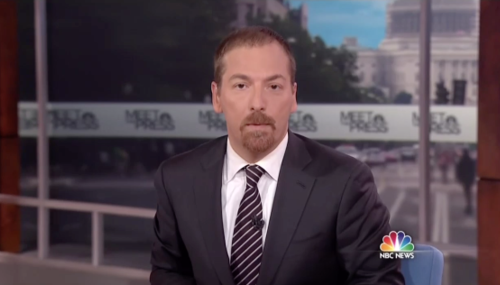 Chuck Todd: Should Conservatives ‘Surrender In the Culture Wars?’

Jeffrey Meyer
October 12th, 2014 2:44 PM
Last week, the Supreme Court declined to hear several Appeals Court cases on gay marriages, which resulted in bans on gay marriage being struck down in numerous states across the country. Following the Supreme Court’s decision to punt on the issue of gay marriage, Meet the Press moderator Chuck Todd saw this as a sign that social conservatism was declining and obnoxiously asked “… 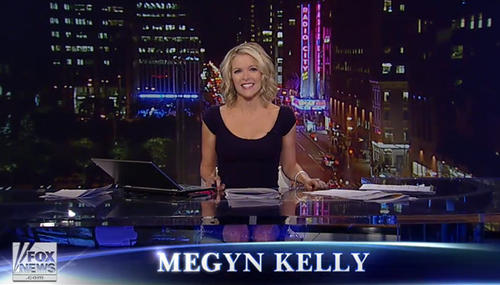 Matt Philbin
October 15th, 2013 8:59 AM
The Washington Post was once the paper that brought down a president. These days, what with the industry in decline and a Democrat in the White House, the Post has a more modest goal – to be the paper that brought down a mascot. Nobody has done more to agitate for the Washington Redskins to change their name to something more politically correct. In just the last year, October 2012… 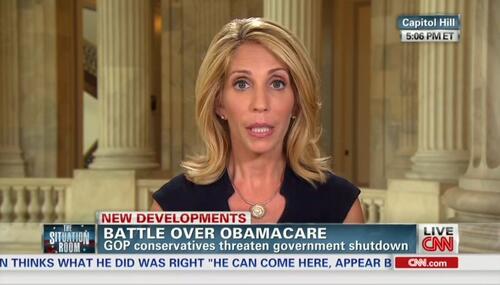 Kathleen Parker Anoints Hillary To 'Save The World

Mark Finkelstein
August 14th, 2013 8:24 AM
What a piker, that Barack Obama.  All he was going to do was stop the rise of the oceans and begin to heal the planet.  Hillary can do a heck of a lot more.  She can actually . . .  "save the world." Just ask Kathleen Parker.  The Washington Post columnist that—laughably—some still call a conservative, recommends in in her latest column that… 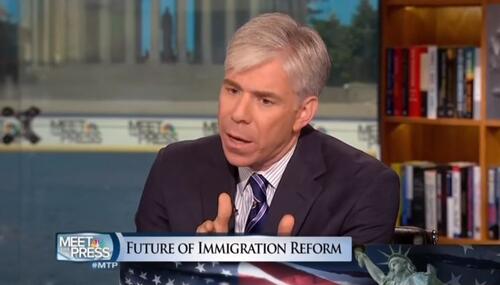 Paul Ryan: Worst Thing About Working in Congress - ‘A Lot of People

Noel Sheppard
June 24th, 2013 11:10 AM
Congressman Paul Ryan (R-Wisc.) made some statements about Congress Monday though by no means earth shaking explain the low level of trust Americans have in the institution. Appearing on MSNBC’s Morning Joe, Ryan said the worst thing about working in Congress is “a lot of people lie…You know they know they’re doing it.” 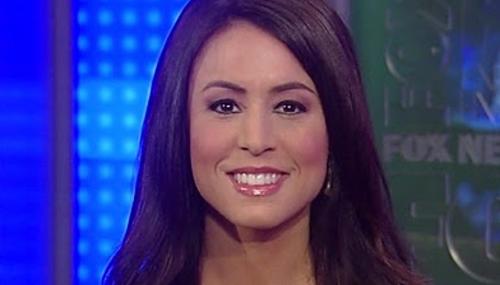 Kyle Drennen
May 6th, 2013 12:24 PM
Appearing on NBC's Chris Matthews Show on Sunday, Washington Post columnist David Ignatius initially dismissed the Benghazi terrorist attack as being "Fox News's super-story," with left-wing host Matthews agreeing: "This is a big Fox story." Fellow Post columnist Kathleen Parker called out Ignatius: "I know Fox has been covering it, but, you know, that doesn… 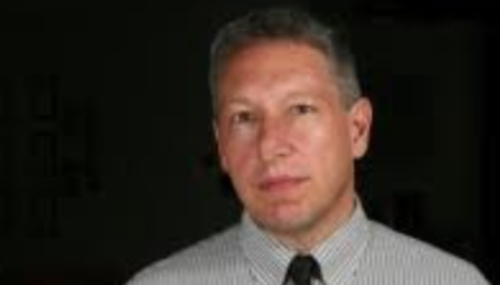 Noel Sheppard
May 5th, 2013 6:07 PM
It really is amazing how excited liberal media members can get when the economy produces 165,000 jobs and a 7.5 percent unemployment rate under a Democratic president. So enthralled was Chris Matthews that he actually asked guests on the syndicated program bearing his name Sunday if this will give Democrats including Hillary Clinton "bragging rights" in 2016 (video follows with… 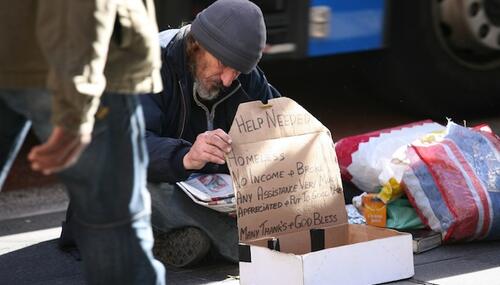 Mika: Where I Used To Work, Successful Women Were Sabotaged By Leaks

Mark Finkelstein
March 6th, 2013 8:58 AM
Whoah!  What place was Mika Brzezinski talking about?  On today's Morning Joe, Brzezinski said that at a place where she used to work, "any woman who did anything or got to the top immediately had something revealed to the press or online or whatever that would bring them down."  And whatever happened to solidarity among the sisters?  Mika added: I suggest that… 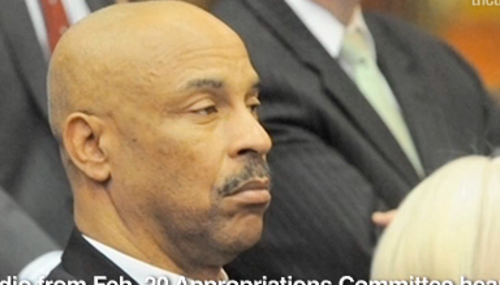 Tim Graham
March 2nd, 2013 3:19 PM
Over at the Daily Kos, Bill in Portland Maine wished Happy Birthday to his favorite economic truth-teller Paul Krugman, as he added “I admit I don’t know a fiduciary whatzamahoozie from a hole in the ground.” But the really comical paragraph came on Friday, as he summarized the “vapidity” of this weekend’s Sunday shows, and just as the Kosmonauts think Bob… 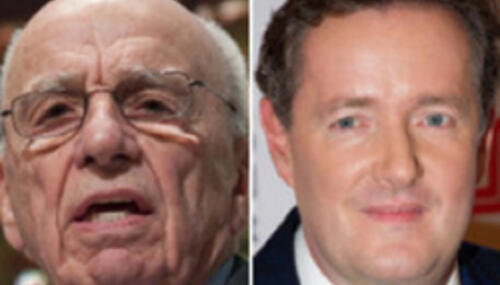 Noel Sheppard
January 27th, 2013 2:31 PM
Washington Post columnist Kathleen Parker made a couple of predictions on Sunday's syndicated Chris Matthews Show that are guaranteed to raise eyebrows on both sides of the aisle. First, in a discussion about whether Hillary Clinton will run for president in 2016, Parker said she wouldn't as "ultimate revenge" on husband Bill who "wants her to run more than anyone else… 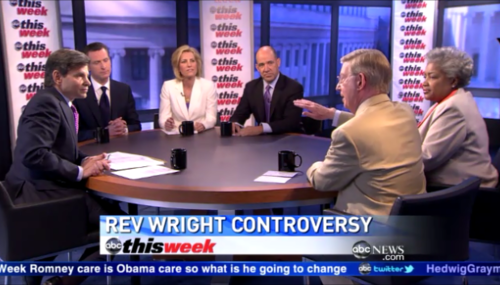 Clarence Page: 'Right-Wing Wouldn't Have' Rev. Wright Story 'If it Was

Noel Sheppard
May 20th, 2012 12:51 PM
If there was a contest each week for the dumbest comment made by a member of the media, this would likely be last week's prohibitive favorite. On the syndicated Chris Matthews Show this weekend, during a discussion about Barack Obama's America-hating Reverend Jeremiah Wright, the Chicago Tribune's Clarence Page actually said with a straight face, "Right-wing wouldn't have… 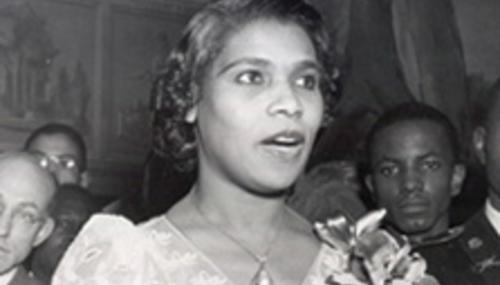 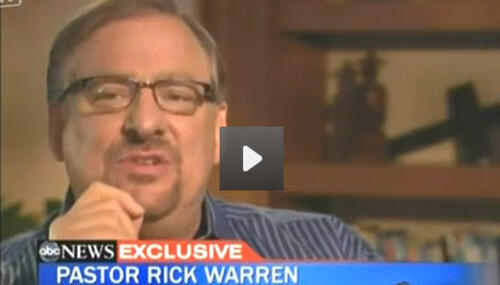 Dan Rather: 'Race Will Be a Factor in This Presidential Campaign

Noel Sheppard
April 8th, 2012 11:55 AM
With the way the Obama-loving media have mishandled the Trayvon Martin shooting, there's seems to be no question the Left wants race to be an issue in the upcoming elections. Appearing on the syndicated Chris Matthews Show this weekend, HDNet's Dan Rather ominously said, "Race will be a factor in this presidential campaign" (video follows with transcript and commentary): 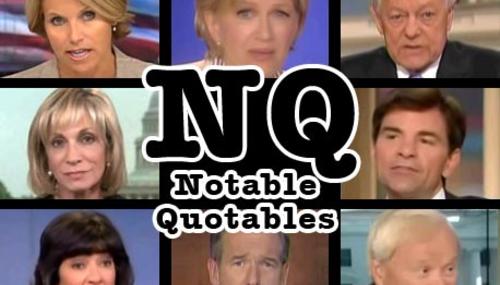 Noel Sheppard
April 1st, 2012 4:15 PM
Kathleen Parker this weekend demonstrated that even so-called “conservative” media members long for the death of the Tea Party. On the syndicated Chris Matthews Show, the Washington Post columnist predicted, “The Tea Party’s not going to have the same clout in the 2012 election as they did in the last cycle” (video follows with transcript and commentary): 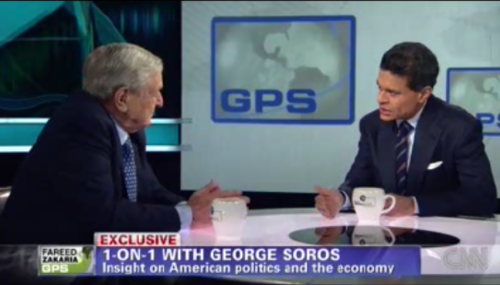 Noel Sheppard
February 12th, 2012 1:00 PM
The double standard by which the media view presidential sex scandals is nothing less than stunning. On this weekend's syndicated Chris Matthews Show, the entire panel - which included two women, one being the supposedly conservative syndicated columnist Kathleen Parker - said the new revelations regarding former President John F. Kennedy having sex with a 19-year-old White House intern…