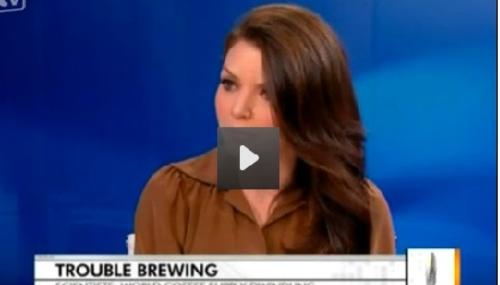 Bashir: Cain Skipped MLK Ceremony Because He Doesn't Want To Be 'Assoc

N.Y. Times Columnist: Who Cares About a 'Tiny Group' Like the Black Pa

Tim Graham
July 19th, 2010 1:20 PM
While MSNBC has spent a week or so playing the allegation of Tea Party racism in heavy rotation, on Monday’s Morning Joe on MSNBC, anchor Mika Brzezinski devoted a segment to the controversy over the New Black Panther Party’s voter intimidation. New York Times editorial writer Charles Blow denounced the group and agreed that the Justice Department needs to answer questions, but he predictably…

Stephen Gutowski
April 20th, 2009 9:42 PM
Susan Roesgen, the hack who harassed tea party goers, was a driving force behind the flawed Jena 6 narrative that circulated the MSM cesspool back in 2007. The level of professionalism which made her famous on tax day has clearly been par for course in Roesgen's career. Patterico has uncovered the extent of her involvement pushing the absurd and reprehensible racially charged narrative:

Kyle Drennen
January 11th, 2008 4:37 PM
Following a segment on Monday wondering if America was "finally color-blind" in the wake of Barack Obama’s Iowa caucus win, on Friday’s CBS "Early Show," co-host Harry Smith seemed to say no as he previewed a segment on recent comments made about Tiger Woods: "Also coming up in this half hour words that wound, Tiger Woods reacts to a racial slur from a Golf Channel anchor…

Mark Finkelstein
November 30th, 2007 7:15 AM
A conservative comedian [yes, there are some], appears at a venue in a heavily-white suburb at a campaign event for a white candidate and tells his audience composed overwhelmingly of people of pallor they'd be embarrassed if they supported a black candidate and the white candidate won, saying "Oh no. I can't call him now. I had that black guy. What was I thinking?"What are the odds…

Vivian Lee
November 20th, 2007 1:24 PM
On Saturday, State Representative Carla Blanchard Dartez (D-La.) lost her re-election bid to Republican challenger Joe Harrison in a heated and controversial run-off. Yet the largest newspaper in Louisiana, The Times-Picayune (TP), chose to bury it as an afterthought in its coverage of the statewide election results. The Times-Picayune online edition, NOLA.com, placed this paragraph at the end…