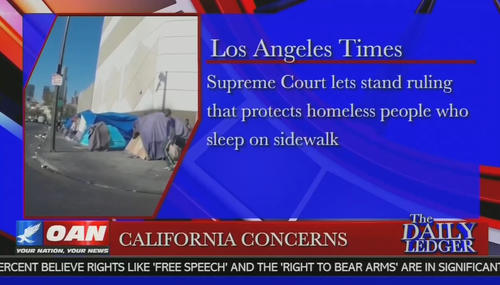 Ben Shapiro
December 18th, 2019 5:50 PM
This week, the Supreme Court effectively mandated continued legal tolerance for homelessness across major cities on the West Coast of the United States. The 9th U.S. Circuit Court of Appeals recently ruled that Americans have a right to sleep on the streets, and that it amounts to “cruel and unusual punishment” under the Constitution to levy fines based on such behavior. 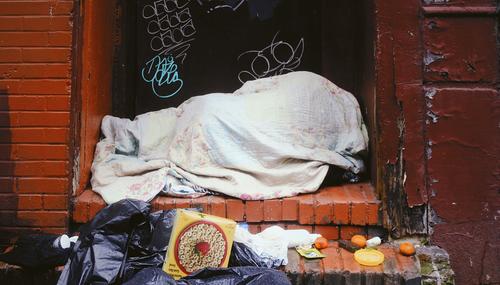 ‘The Unhoused?’ Homelessness Gets the PC Treatment at Washington Post

Culture
Matt Philbin
September 19th, 2019 2:42 PM
Remember the first outbreak of PC years ago? Back then it was a distant, isolated phenomenon -- an exotic STD localized to college campuses. Reality, like a dose of penicillin, would take care of things. Normal people had fun changing “bald” to “follically challenged,” and “hookers” to “horizontal laborers.” Good times. 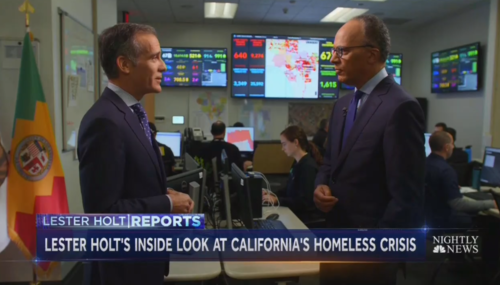 Nicholas Fondacaro
September 18th, 2019 8:59 PM
The liberal bastion of Los Angeles hasn’t had a Republican mayor in office since 2001. Yet, according to Democratic Mayor Eric Garcetti, and the silence from NBC Nightly News anchor Lester Holt, the city’s exploding homelessness problem was getting worse due to “conservative cuts to programs.” 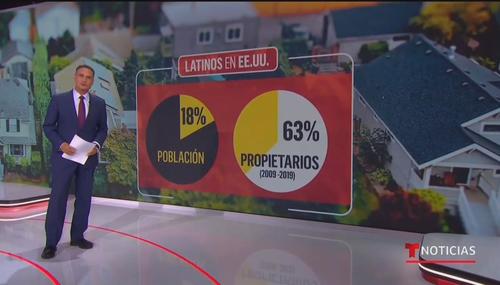 Whatever Happened to Skid Row?

R. Emmett Tyrrell Jr.
December 21st, 2018 2:57 PM
WASHINGTON -- Homelessness is up for the second year in a row. That is no surprise to me. I spent the last few days in New York City, where it seems the homeless are as numerous as the tourists. They are everywhere. Not that they are not numerous in our nation's capital, too. I returned to Washington by the train, and there are areas of Union Station that are as populated with homeless people… 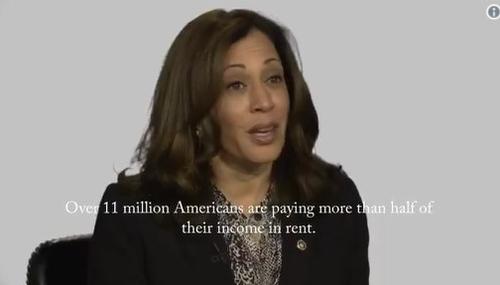 Tim Graham
July 28th, 2018 9:12 AM
PolitiFact's kid-gloves treatment of prominent Democrats is on display again. Twitchy noted ultraliberal Sen. Kamala Harris drew a rare evaluation, but of course, the ruling was "Mostly True." PolitiFact has only evaluated Harris nine times -- five Mostly True, two True, and two Half True (and one of those was Democrat-on-Democrat warfare). 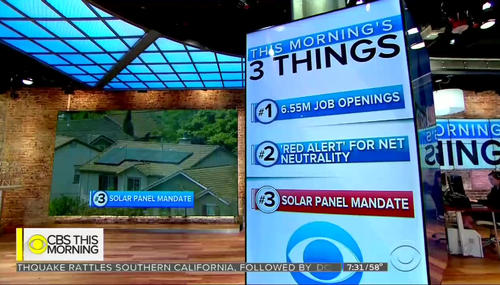 Business
Julia A. Seymour
May 22nd, 2018 10:32 AM
California is king when it comes to environmental regulations, but the latest decision to mandate solar panels comes at a high price. For homeowners. Those costs of freedom of choice and almost $10,000 higher construction expenses per home didn’t matter much to California’s proponents of solar panels or the liberal media which downplayed costs and critics when they mentioned them at… 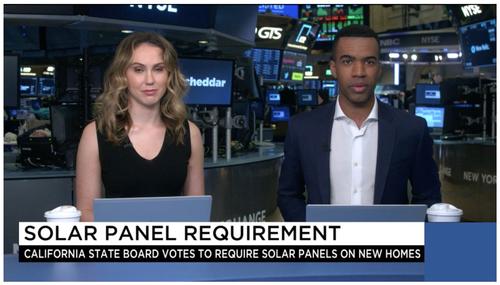 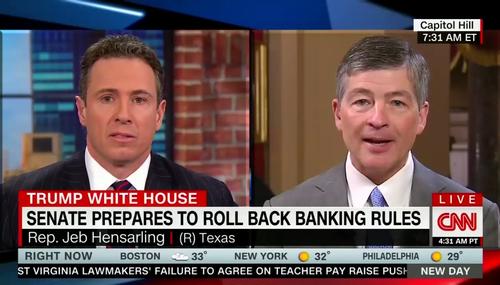 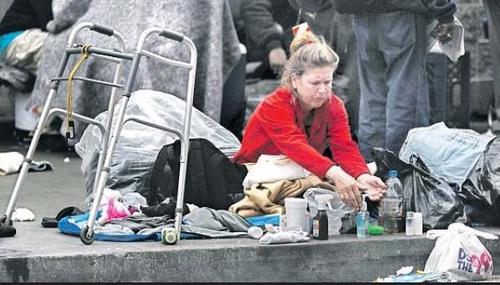 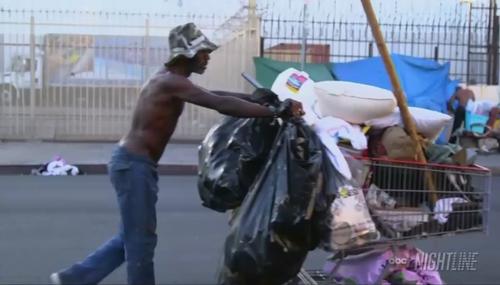 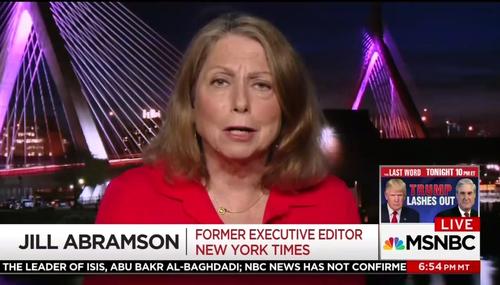 Brad Wilmouth
June 17th, 2017 4:37 PM
Appearing as a guest on Friday's All In with Chris Hayes on MSNBC, former New York Times executive editor Jill Abramson slammed the Donald Trump administration's accomplishments so far as a "debacle" and declared that the Republican budget has "savagely" taken money from poverty programs and education. Abramson: "I think both of the scenarios, Chris, that you just…