How do you become a “conservative folk hero”? It helps a great deal if you believe, and your fellow right-wingers believe, that liberals are picking on you, contended The Daily Beast’s Ana Marie Cox in a Saturday column.

Cox defined conservative folk heroes as celebrities or demi-celebrities “whose fame is not dependent on a celebrity-generating skill (acting, singing) but on a set of beliefs.” Her examples included the Robertsons from Duck Dynasty; Joe the Plumber; Ben Carson; and the Duggar family. 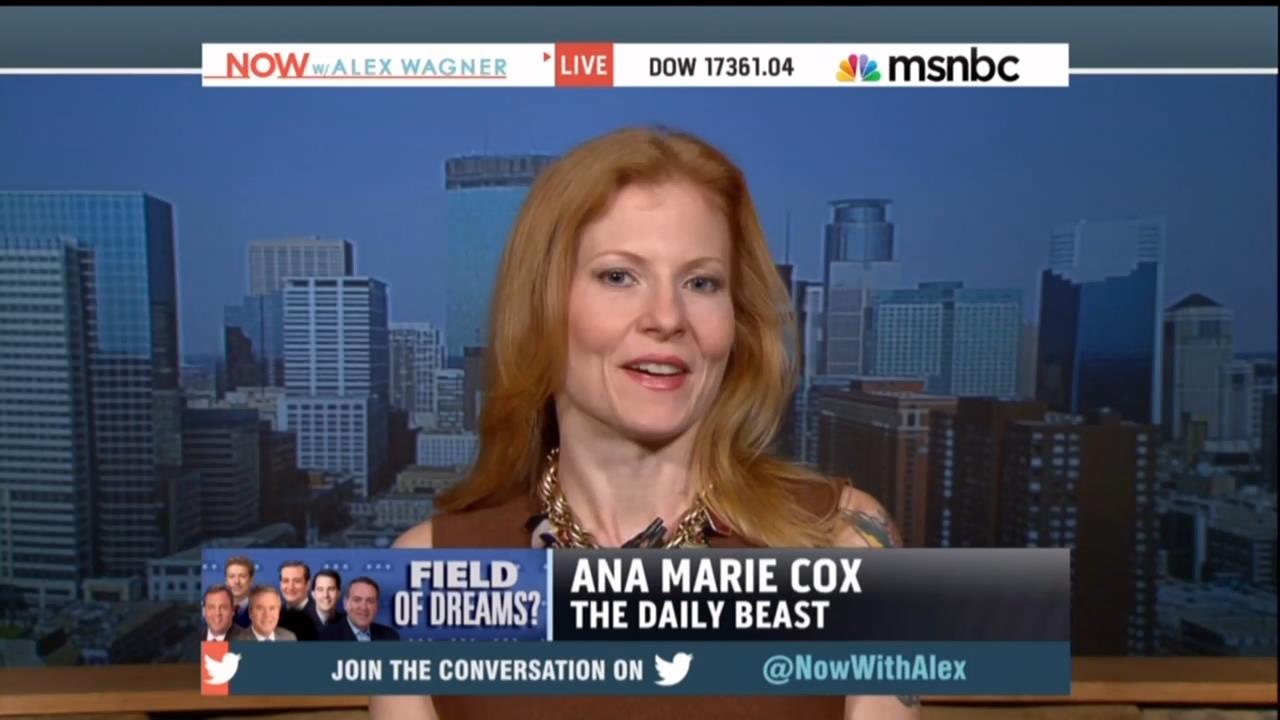 Their renown, she wrote, is sustained in part by a “network of conferences, straw polls and candidate cattle-calls,” but moreover they “find their credibility increases not via leadership but through victimhood. All criticism by mainstream voices becomes proof of worthiness—and the case of Josh Duggar exposes just how self-defeating the raising up [of] these folk heroes via victimhood can be.”

Lena Dunham is an author, filmmaker, actress, and, yes, political activist…Josh Duggar…is famous solely because he belongs to the Duggar family. And the Duggars are essentially famous for the same reason the Kardashians are: their sex lives.

Conservatives take their celebrities where they can get them. Sure, there are actors and country music stars…but the Duggars are the rare example of a true conservative folk hero crossovers, individuals whose fame is not dependent on a celebrity-generating skill (acting, singing) but on a set of beliefs. They share that slim slice of Venn diagram (general popular recognition and genuine conservative activism) with the Duck Dynasty clan and a smattering of lesser lights: Joe the Plumber, the owners of Memories Pizza, Cliven Bundy, and Pam Geller. Military heroes are adopted quickly, and territorially. Ben Carson was raised up immediately after his one-sided “confrontation” with the president.

Indeed, there was that brief moment when it seemed like conservative America might adopt Caitlyn Jenner as an icon. If only liberals were as upset with Jenner’s stated party ID as Rush Limbaugh and the Twitteratti thought it might be. It has turned out that Jenner’s party affiliation is the least interesting thing about her. Really, that a wealthy white woman is Republican isn’t nearly as surprising as how many rural, middle-class people are.

Conservatives might argue—and they have a point—that liberals don’t need a separate celebrity culture. Liberal media darlings are, pretty much, media darlings. Their path to celebrity isn’t political because it doesn’t need to be political. Lena Dunham isn’t famous because she’s the victim of a right-wing pile-on, she’s the victim of right-wing pile-on because she’s famous.

The Left doesn’t have anything quite like the conservative folk hero, people who are neither politicians nor activists nor professional performers but simply famous for being liberals. Sandra Fluke, perhaps. Cindy Sheehan (remember her?) And when they do pop up, the liberal political ecosystem doesn’t have the same network of conferences, straw polls and candidate cattle-calls that prop up the Duggars and their brethren.

Even more than the conferences, however, conservative folk heroes find their credibility increases not via leadership but through victimhood. All criticism by mainstream voices becomes proof of worthiness—and the case of Josh Duggar exposes just how self-defeating the raising up these folk heroes via victimhood can be.

…What does Sarah Palin’s own fame stand on now these days, anyway? A caps-lock key and a sense of grievance. It’s not much, but these days, it’s all any conservative celebrity needs. Ironically, it’s their grievance that makes them worthy of attention from the mainstream media as well. The Duggars’ and Palins’ off-the-map political and world views are what draw attention. Outsiders want to stare at the spectacle.