The former Democratic governors of Michigan and Ohio are on tap to be in the same place at the same time on June 27 in the Buckeye State capital of Columbus.

This is a made-for-the-media event for the record books. I certainly can't recall a time when two former governors who oversaw a combined total of over 1 million peak-to-trough job losses during their terms in office have been at the same place at the same time — to celebrate. Yes, I said celebrate.

Jennifer Granholm, who governed Michigan from January 2003 to 2011, and Ted Strickland, who was Ohio's governor from January 2007 to January 2011, should be ashamed to show their faces in public after their disastrous tenures. Instead, they are lionized by the Democratic Party faithful.

During Granholm's eight miserable years, Michigan's economy became a serious basket-case laggard. Yet the Ohio Democratic Party is thrilled to have her as their keynote speaker at their 2015 State Dinner on Saturday, June 27, calling her "the most fired up speaker from the 2012 Convention": 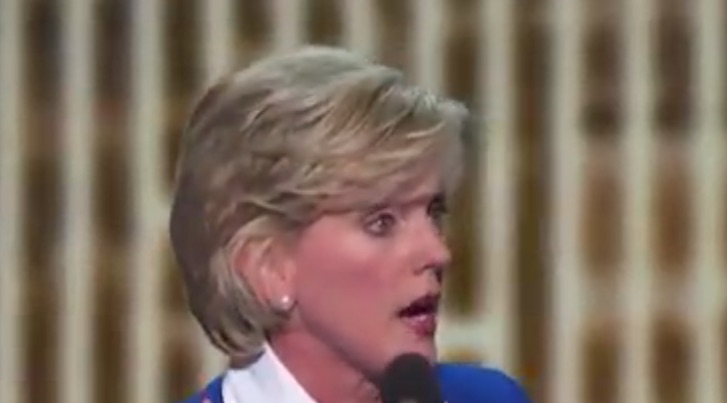 “Governor Granholm inspired the country with her fiery 2012 Democratic National Convention speech, so we’re thrilled to welcome her to Ohio to do the same as we prepare for 2016,” said Ohio Democratic Party Chair David Pepper.

Note the reference to "saved" jobs, obviously indicating that there was net no increase in employmnent.

The truth is that Michigan lost over 582,500 seasonally adjusted Household Survey jobs over the final 64 months of Granholm's time in office:

Even as those auto industry jobs were allegedly "saved" thanks to the federal government electronically creating tens of billions of dollars out of thin air, the Wolverine State still lost 198,000 jobs in 2009, and an additional tiny number in 2010, even as the rest of the country began to ever-so-slightly recover.

Ohio's jobs decline under Strickland, who I have confirmed is expected to attend the June 27 event, wasn't quite as steep, but it happened much more quickly. The Buckeye State lost 435,000 seasonally adjusted Household Survey jobs between December 2006 and December 2009:

The average monthly job loss of just under 12,100 under Strickland during his 36 months of decline was actually greater than the 9,100 average seen under Granholm in Michigan during that state's 64-month cratering.

My challenge to Ohio's media is to head over to the Columbus Convention Center on June 27 so they can ask these two star Democrats what it's like to be the first governors who have lost a combined total of over 1 million jobs to be considered party heroes.

Now that they've been given a heads-up, you'd at least expect Ohio's press to note how awful these two former governors' tenures were for their respective states' residents.

Don't bet on it. Granholm and Strickland are Democrats. But if Republicans with such awful records were involved, they'd be all over it.