AP Lapdog Lederman Covers Obama Golf Foursome, But Not How Reporters' Pool Hung Out at a Shed (Updated)

UPDATE, March 31: This morning in an email, the AP's Lederman pointed me to a Saturday afternoon "Big Story" item time-stamped the day before the report to which this blog post below links. For whatever reason, that earlier "Big Story" item has more detail than what appears, despite the Sunday time stamp, to be Lederman's original report posted at the AP's national site. In that "Big Story" item, Lederman writes that "Like last time, the White House arranged for the reporters covering the president to wait at a separate location nearby where Obama won't be visible," and that "Previous administrations have allowed brief news media coverage during presidential rounds of golf. Obama's policy generally is not to allow reporters to observe him." Lederman did not mention reporters' decision to stay in a shed rather than return to their hotels. The posts' point about reporters' willingness to submit to what I described as "dismissive, insulting treatment" stands.

At the Associated Press on Sunday, Josh "Lapdog" Lederman filed a brief report telling readers the names of the captains of industry who would be golfing with President Barack Obama that day. Bigwigs with the Floridian, the Boston Celtics, and (yes) even Halliburton, the former source of all evil during the Bush 43 administration, were in the foursome.

Lederman "somehow" failed to note that the White House ordered reporters back to their hotels, and that when they refused, they instead chose to hang out at a shed. Paul Bedard at the Washington Examiner has the details Lederman didn't care to mention, even in passing:

Reporters refuse Obama's dismissal from golf course, are sent to the 'shed' 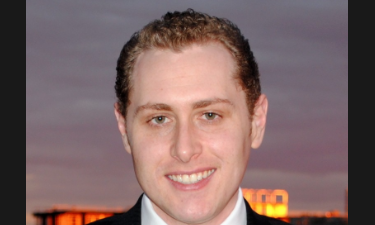 In its latest attempt to shut down media coverage, the White House Saturday dismissed reporters to their Florida hotel by declaring a news "lid" even though President Obama was just beginning his golf game — but the press pool voted to stay.

After a two hour flight, Obama motorcaded to the posh Floridian National Golf Club in Palm City to play a round and also stay.

At that point, the pool reporter, Byron Tau of the Wall Street Journal, wrote in his report to other correspondents, "The White House has called a lid. Pool does not anticipate news or POTUS sightings until tomorrow's departure of Air Force One."

With a lid, the reporters in the "travel pool" would typically return to their hotel. But with Obama still in public golfing, though at a very exclusive club, something could happen. So the pool voted to stay in the area just in case.

... Despite the lid, pool voted to stay on site.

"Pool is holding in a maintenance shed," Tau reported.

Obama's golf pools are regularly frustrated by never even seeing him. Some previous presidents, notably George H.W. Bush, would allow reporters to watch his play on one or two greens. Sometimes he answered questions.

It would seem that the pool reporters have little if any support from their upper managements to push back any harder.

The administration has a long history of keeping reporters away from Obama:

Based on Lederman's lethargy in reporting what happened to the White House pool yesterday, it's reasonable to believe that this dismissive, insulting treatment has continued during the past four years, but that it has become so routine that no one bothers to complain publicly about it.

We probably won't hear much about reporters' being denied access or mistreated for a while — until the GOP primaries heat up.