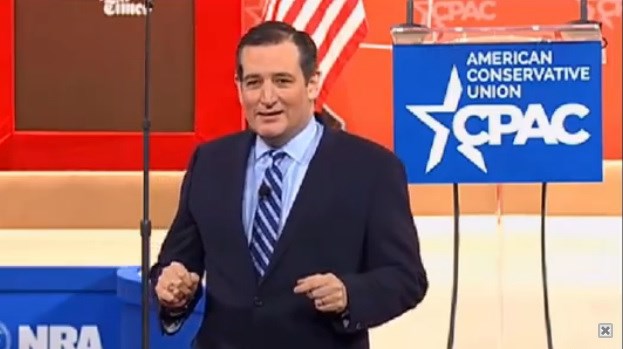 Post reporter Philip Bump took it upon himself to try and rebut Cruz's remarks on global warming in an interview with the Texas Tribune point by point, saying “there’s not much Cruz got right here.”

First, Bump made this ludicrous claim:

First, Cruz conflates the science of climate change with the politics of climate change. Scientists don't scream, "You're a denier." They point to the scientific evidence that human activity is leading to climate warming -- the evidence of which is overwhelming....There is no "evidence that disproves their apocalyptical claims," because if there were, scientists would abandon the theory. That's how science works.

Earth to Bump: Starting with "Bill Nye the Science Guy" on down, there are a pile of very political scientists screaming "denier." (The Post loves to repeat that.) It's simply incorrect to say scientists aren't lobbying hard to shut down and discredit "deniers" wherever they seek to speak in the "news" media.

Journalists like Mr. Bump love to proclaim the evidence is "overwhelming," and then when any skeptical scientific finding is thrown in their path, it's dismissed as irrelevant. As in the troublesome fact that there's no increase in temperatures in the last 17 years according to satellite data:

Fourth, the "warming hiatus" is not "a real problem" for climate scientists, except in the sense that it poses another question to be answered. In fact, scientists have a theory on why temperatures haven't increased as quickly as projected in recent years. (In short: They suspect that it has warmed -- but deep in the ocean.) What's more, scientists that studied the satellite data to which Cruz refers reject the idea that it somehow disproves the idea that human activity is making the world warmer.

Somehow, Bump and his favored scientists are free to dismiss facts as irrelevant without being a "satellite data denier" or "science denier."

But perhaps the most interesting flaw in Bump's fervid rebuttal is about the media coverage. Cruz said:

I read this morning a Newsweek article from the 1970s talking about global cooling. And it said the science is clear, it is overwhelming, we are in a major cooling period, and it's going to cause enormous problems worldwide. ... Now, the data proved to be not backing up that theory. So then all the advocates of global cooling suddenly shifted to global warming, and they advocated it's warming, and the solution interestingly enough was the exact same solution -- government control of the energy sector and every aspect of our lives.

Dan Gainor and Warren Anderson captured that in their 2007 MRC Special Report Fire and Ice.

Newsweek was equally downbeat in its article “The Cooling World.” “There are ominous signs that the earth’s weather patterns have begun to change dramatically,” which would lead to drastically decreased food production, it said.

“The drop in food output could begin quite soon, perhaps only ten years from now,” the magazine told readers on April 28 the following year.

This, Newsweek said, was based on the “central fact” that “the earth’s climate seems to be cooling down.” despite some disagreement on the cause and extent of cooling, meteorologists were “almost unanimous in the view that the trend will reduce agricultural productivity for the rest of the century.”

Despite Newsweek’s claim, agricultural productivity didn’t drop for the rest of the century. It actually increased at an “annual rate of 1.76% over the period 1948 to 2002,” according to the Department of Agriculture.

That didn’t deter the magazine from warning about declining agriculture once again 30 years later – this time because the earth was getting warmer. “Livestock are dying. Crops are withering,” it said in the Aug. 8, 2005, edition. It added that “extremely dry weather of recent months has spawned swarms of locusts” and they were destroying crops in France. Was global warming to blame? “Evidence is mounting to support just such fears,” determined the piece.

Just as Sen. Cruz said, the media shifting from cooling to warming, and they ran panicked copy about an overwhelming scientific consensus about cooling. But Bump thought this was a rebuttal:

In 1975, Peter Gwynne wrote a brief for the magazine that suggested that some scientists believed the world was cooling. It was nine paragraphs long, quoting scientists who admitted that their projections were preliminary. To DailyClimate, Gwynne explained, "It was just an intriguing piece about what a certain group in a certain niche of climatology was thinking." He added, "Newsweek being Newsweek, we might have pushed the envelope a little bit more than I would have wanted."

But that article has fueled a cottage industry in science rejection. What Cruz is doing is treating as valid one magazine article from 40 years ago but rejecting as hopelessly flawed study after study showing that the world is warming.

The Galileos on climate change are, like Galileo, the scientists. The people pushing back on the science are, like Cruz, those who favor the status quo. Cruz's comments, from start to finish, are simply not correct.

Bump is creating a false impression that the Newsweek story was an outlier about a "certain niche." But guess what? Time magazine, The New York Times, even The Washington Post all jumped on the cooling bandwagon. Back to Gainor and Anderson:

The first Earth Day was celebrated on April 22, 1970, amidst hysteria about the dangers of a new ice age. The media had been spreading warnings of a cooling period since the 1950s, but those alarms grew louder in the 1970s.

Three months before, on January 11, The Washington Post told readers to “get a good grip on your long johns, cold weather haters – the worst may be yet to come,” in an article titled “Colder Winters Held Dawn of New Ice Age.” The article quoted climatologist Reid Bryson, who said “there’s no relief in sight” about the cooling trend.

Journalists took the threat of another ice age seriously. Fortune magazine actually won a “Science Writing Award” from the American Institute of Physics for its own analysis of the danger. “As for the present cooling trend a number of leading climatologists have concluded that it is very bad news indeed,” Fortune announced in February 1974.

“It is the root cause of a lot of that unpleasant weather around the world and they warn that it carries the potential for human disasters of unprecedented magnitude,” the article continued.

That article also emphasized Bryson’s extreme doomsday predictions. “There is very important climatic change going on right now, and it’s not merely something of academic interest.”

Bryson warned, “It is something that, if it continues, will affect the whole human occupation of the earth – like a billion people starving. The effects are already showing up in a rather drastic way.”

However, the world population increased by 2.5 billion since that warning.

Perhaps Bump and his Post colleagues should go back and read their own newspaper's stories from the 1970s as a check on their politically motivated arrogance about scientific predictions. In the end, they are predictions, not fact.

When Republicans predicted in 1992 Bill Clinton would raise taxes -- and he did, a year later -- these same national media outlets were infuriated at the "falsehoods" being spread about Clinton. Why can't journalists allow an actual debate about predictions, and allow some space for the idea that dire "scientific" predictions from the 1970s or the 1990s haven't turned out to become reality?