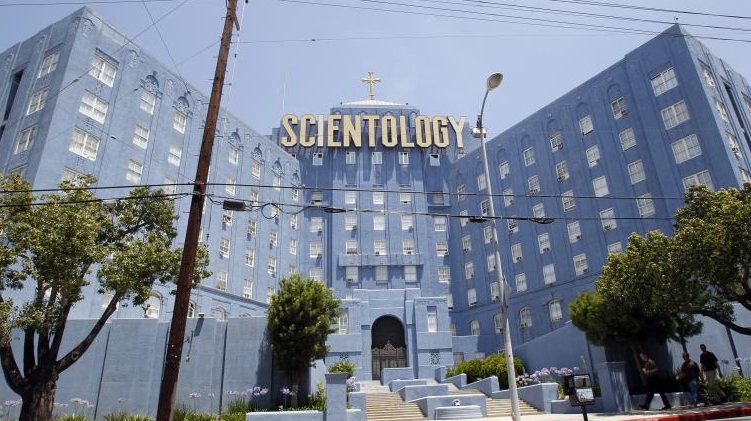 Reporter Alex Cieply did not have the integrity to note that the Times will take money from Catholic-bashing atheists and the Scientologists, but won’t allow a full-page ad to attack Islamists because that might unleash crazy violence from Muslims (they denied Pamela Geller in 2012). Cieply’s Friday story began:

If controversy sells, HBO may suddenly have a hit in Alex Gibney’s new documentary about Scientology and renegades who left it behind.

On Friday, the Church of Scientology took aim at the movie — which its members and leaders have not yet seen — with full-page newspaper advertisements in The New York Times and elsewhere detailing what it says are journalistic lapses by Mr. Gibney....

The critique guarantees a combustible debut for a movie that is scheduled to make its premiere at the Sundance Film Festival on Jan. 25, and will screen in a small number of theaters before reaching a wide audience on HBO, beginning on March 16.

The Scientologists’ ad compared the forthcoming Gibney documentary to Rolling Stone’s campus-rape debacle at the University of Virginia. Gibney, who made a nasty anti-Catholic documentary for HBO, accurately described himself as “very much a lapsed Catholic” in his anti-religion approach:

Most alluring, said Mr. Gibney, was the book’s underlying theme, which, in Mr. Gibney’s words, explores “how people become prisoners of faith in various ways.” (Mr. Gibney describes himself as “very much a lapsed Catholic.”)

Gibney's films are not known as factually meticulous when he gets angry. In that film, Gibney used a Catholic-bashing expert who bizarrely claimed  “at any one time, no more than 50 percent of Roman Catholic priests were practicing celibacy.”