The Washington Post explicitly sided with Hollywood feminist it-girl Lena Dunham in Thursday’s Style section with an article titled “Lena Dunham and the uncertain territory of memoir.” This is how we handle a crumbling allegation of sexual assault?

Post writer Karen Heller lamented memoir writers are “held to some standards of reliability and are often subject to attacks if their stories defy verification.” They played the don’t-pick-on-the-rape-survivor card, and Breitbart’s John Nolte and Breitbart were butt-kicking “hounds of hell” for trying to verify her tale of how "Barry" the campus conservative at Oberlin assaulted her: 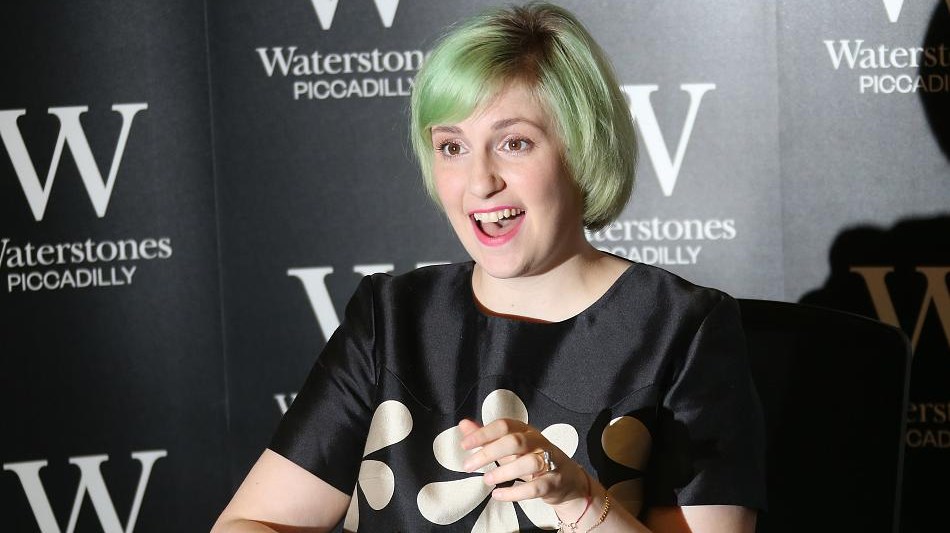 The criticism led Dunham to more explicitly describe her intentions in sharing the story of the assault. “I hoped I might inspire others to share, and that forming these connections would assist us in healing,” she writes. “There is no right way to survive rape and there is no right way to be a victim. What survivors need more than anything is to be supported.”

Leading memoir writers, including Anne Lamott and Mary Karr, defend Dunham’s book and worry that criticism of the “Barry” pseudonym and description obscures the more serious issue of assault.

“The woman can’t do anything without people cashing in on her celebrity by kicking her butt in print,” Karr says. “She’s the victim here. I am horrified by the hounds of hell running after her. This is another assault on a feminist who dares to succeed.”

Lamott says “I am 100 percent on her side,” and worries that continued criticism favors assailants. “The women they raped will never come forward now. The men are off the hook. They are all but offering goat sacrifices in gratitude and relief, maybe half of them swearing never to do it again, half of them smirking.”

“I completely believe her,” says memoir writer Kelly Corrigan. “It is to our great detriment that these things are so difficult to reveal, and it’s sort of tragic that everyone is jumping in and casting this terrific doubt on this story.”

Some of our nation’s most noted memoir writers concede that our memories are tricky, imperfect things. After the assault, when Dunham visited a gynecologist, “I could only mumble through a description of that night. After all, I had been drunk and high, which only compounded my confusion and shame,” she writes on BuzzFeed. Survivors of assault “are asked to provide an unassailable narrative when the event itself is hazy, fragmented, and unspeakable.”

How much unassailable truth do readers expect from a memoir — of trauma, or even a pastoral account of childhood?

If you were too drunk or high to know whether or not you've been assaulted, perhaps it's best not to put it in a nationally distributed book with a $3.5 million advance. Heller very barely notices that some people expect the truth in a memoir – and most especially, people who are identified as rapists. Besides, poor Lena Dunham is too busy being an overcompensated star to write the truth.

Beyond trauma or assault, which are often difficult for survivors to recall in accurate detail, memory can prove unreliable. And any story can lend itself to various interpretations. “We remember things differently, and each of us is as the center of our memories,” says writer Tobias Wolff. “We’re the leading actors. There is the utterly subjective character of memory that leads us into argument and tension with others.”

In the best of circumstances, writing a memoir is difficult. Dunham is an entertainer with a demanding job of “Girls” creator, writer and star, who seems to have written her first book under tremendous pressure, a huge advance and punitive time constraints. But when a charge of sexual assault is made, an alleged perpetrator is described in such minute detail, could experienced professionals have served their novice author better with a more thorough vetting process?

Geoffrey Wolff, Tobias’s brother, wrote “The Duke of Deception” about their father, a pathological liar, whose fantastical stories he investigated. “I’m going to write everything I believe to be true,” he says. “The writer knows memory bends, but everything I write I believe to have happened.”

As in the case of Bill Maher uncorking the vilest insults about conservatives (and their children), Dunham's memoir proves again that being a left-wing hero on HBO means the liberal media never feel you have to tell the truth or act with any civility whatsoever.