So it’s a bit shocking to find another former Postie, Time editor at large David Von Drehle, outdoing Sherrill in the ooze department in the November 3 edition, throwing out the word “orgasm” to describe Bradlee’s charisma. He began (italics his):

Charisma is a word, like thunderstorm or orgasm, which sits pretty flat on the page or the screen compared with the actual experience it tries to name. I don’t recall exactly when I first looked it up in the dictionary and read that charisma is a “personal magic of leadership,” a “special magnetic charm.” But I remember exactly when I first felt the full impact of the thing itself.

Benjamin Crowninshield Bradlee was gliding through the newsroom of the Washington Post, pushing a sort of force field ahead of him like the bow wave of a vintage Chris-Craft motor yacht. All across the vast expanse of identical desks, faces turned toward him — were pulled in his direction — much as a field of flowers turns toward the sun. We were powerless to look away.

This almost sounds a little borrowed. Right after Bill Clinton won the presidency in 1992, Time's Margaret Carlson threw this ooze at incoming Clinton press secretary George Stephanopoulos: "His too-good-to-be-true face looks out from a gallery of photos lining the wall of his parents' apartment....Critics think the soft-spoken Stephanopoulos has insufficient heft to speak for the President; yet this brooding, dark presence has a quiet authority. His power whisper makes people lean in to him, like plants reaching toward the sun." 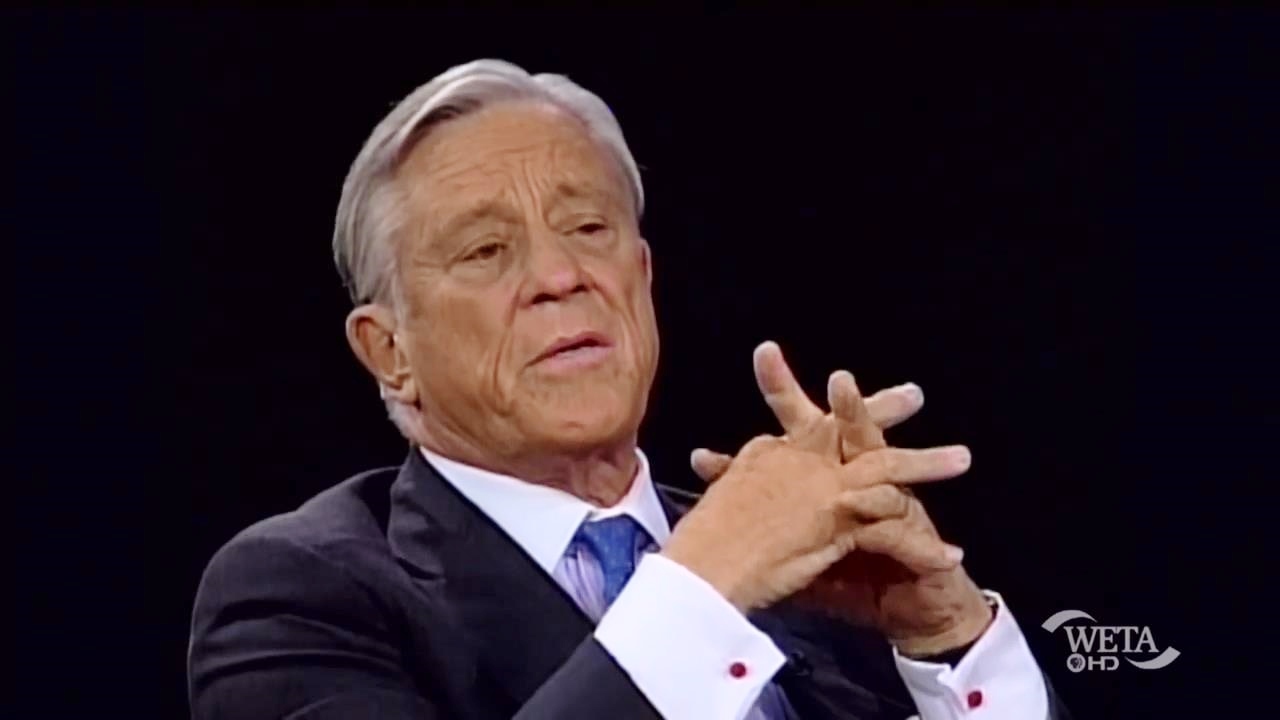 It is pointless for me to try to describe this essence, because in that moment I realized that it cannot be observed or critiqued. Charisma can only be felt. It is a palpable something-more-ness — magical, magnetic — as rare as the South China tiger. I’ve met famous writers, directors, actors, athletes, billionaires, five Presidents of the United States, and none of them had it like Bradlee.

Having Bradlee sit down at your table in the Post’s lunchroom, where he often dined with the troops amid the plastic trays and sad salads, was like having Sinatra plop down beside you at a Trailways bus station. Great stuff, but you couldn’t help thinking that something was being squandered, that he really ought to be elsewhere, bedding Grace Kelly at the Hotel Hermitage in Monaco, or stealing the Mona Lisa, or outwitting Dr. No....

Yet Ben wore all this with impossible ease, just as he wore his handmade shirts from London’s Jermyn Street as casually as a mortal wears Land’s End. God, those shirts — as beautiful and numerous as Gatsby’s, but minus the stain of anxiety. Only three types of men wore shirts like that: toffs, posers and Ben.

Bradlee’s too-chummy relationship with JFK only added to his aura, and the mysterious death of his sister-in-law Mary Pinchot Meyer somehow added, too. The only downside came in Bradlee’s embrace of the utterly phony Janet Cooke story. Then it was back to the gush: Bradlee left before he became befuddled at the declining fortunes of newspapers in the digital age. He said he was happy he left before that:

I’m thankful too. For only the adrenaline charge of those go-go years, the generation after World War II, could have drawn such a man to the newspaper game. And the fact that Ben Bradlee was a part of it, never mind the prizes and the books and the movies — just the fact of Bradlee, the force, the charisma, threw an electric glow over the whole business and made it a joy to go to work. Though his ship passed over the horizon, he left a luminous trail dancing in his wake.

Here’s the essential gush from Sherrill:

“Hey, Tiger.” He said things like that. He had lusty greetings, exotic epithets and obsolete profanities he got away with. He was unabashed, uninhibited....A giant spotlight seemed to follow him — and if he stopped to talk to you, you felt it on your shoulders, and down your back.

Could he have been more handsome? That craggy face, the tight conspiratorial smile, the broad shoulders, strong arms, and year-round tan? The sheer aliveness? Even under the harsh fluorescent lights of the newsroom, he put Cary Grant in “His Girl Friday” to shame. The actor Jason Robards, who played Bradlee in the film “All the President’s Men,” prepared you for meeting the real man — but at the same time, never came close.