The Democrats are looking desperate in Colorado. Chuck Plunkett of the Denver Post reported that “Arthur Kane, an award-winning journalist, posted a first-person account Friday of an encounter with the [Gov. John] Hickenlooper campaign in which he says he was threatened with arrest.”

Hickenlooper, a former mayor of Denver, is seeking re-election. (Some Democrats have even mentioned him as a dark horse for president.) Kane is a former Denver Post reporter and former local investigative TV producer now working for Watchdog.org. He's seeking the governor's tax returns. Mitt Romney Alert! Here's Plunkett's take: 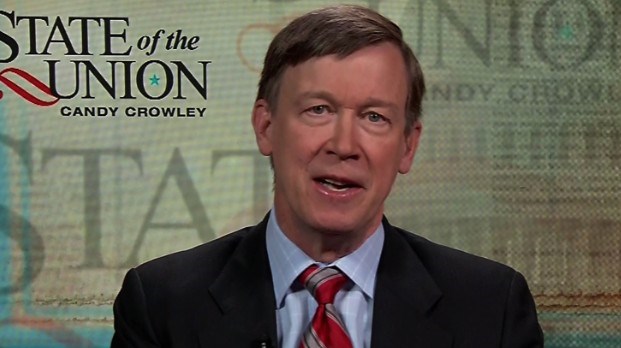 Like many Colorado media outlets, including The Post, Kane asked the campaigns for Hickenlooper and former congressman Bob Beauprez to provide copies of the candidates’ income tax returns.

The campaigns have provided tax information to outlets, like The Post, but Hickenlooper’s campaign has denied Kane. The returns are private information that candidates aren’t required to release. They are not part of open records laws. But serious candidates usually honor the request.

Plunkett’s saying the Democrats are playing unserious games with Kane. Here’s how Kane described the threatening exchange with the governor’s spokesman on Watchdog.org, which he recorded:

Campaign spokesman Eddie Stern led me out of an office building that houses a number of different offices, including the Hickenlooper campaign, at 2525 16th St. in Denver and asked me to leave.

“Do you mind if we step outside,” Stern said, leading me out of the office complex to the sidewalk and parking lot.

“This is a private office, and I have to ask you to leave at this time,” he said. “Will you not record me?”

“No I will not, not record you,” I responded.

“It’s a private office. I’m being recorded without my consent,” he said.

“We’re standing in a public parking lot, a public sidewalk, probably paid for by taxpayers. So anyway are you going to give me the tax returns or not?” I asked.

Stern then led me into the lobby of the building.

“I’ve been asking you for a month and half for the tax returns,” I said.

“Again, this is a private office. We’re asking you to leave or we’re going to have to call police,” Stern said.

The week of Sept. 15, I called the office and emailed asking for the governor’s tax returns. Stern did not respond to that and at least four other calls and a visit to the office this week.

The one time he did come to the phone, I asked him for the address of the office to pick up the returns and he refused to disclose it.

“We’ll look at your inquiry and the outlet you’re with and bounce it off the team and get back to you,” Stern said Sept. 25.

I told him if he didn’t call me back in a week I would come to the office, which I found through a public records database, to pick up the returns.

He finally called police from the lobby of that building.

Earlier in the day, Kane reported he attended a news conference and asked Gov. Hickenlooper why the returns have not been provided to him.  “I think what we’ve done is release them to every legitimate media operation that we know of,” he said. Isn't it funny how Democrats don't think a media outlet is legitimate if they seem aggressive with Democrats?