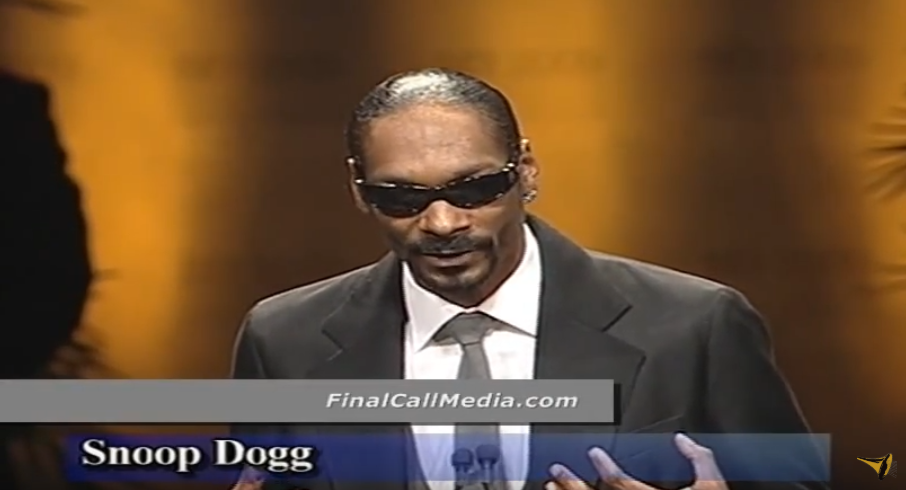 Social media has been consistently banning people based on liberal complaints. But when it bans someone championed by liberal Hollywood and the Democrats, suddenly everyone becomes a free-speech advocate.

After Minister Louis Farrakhan was banned by Facebook as a “dangerous person,” (alongside Alex Jones, Milo Yiannopoulos, and Laura Loomer), rapper Snoop Dogg strongly protested. In a video posted to Instagram, Snoop Dogg said, “The fuck y’all gonna ban Minister Louis Farrakhan? For puttin’ truth out there? I stand with him. Ban me, mothafucka. Ban me, ‘cause I’m gonna keep posting his shit.”

The rapper didn’t seem interested in preventing censorship, however. He said, “There’s a bunch of motherfuckers you all can ban, but you choose Minister Louis Farrakhan.”

In another video posted soon after, Snoop Dogg urged his supporters to back up Farrakhan. “Post your favorite Minister Farrakhan video on your Facebook or Instagram page. Show some love to a real brother. Post it right now. He got footage everywhere. If you ain’t got none snatch it off of YouTube, it’s everywhere. Put up some Minister Louis Farrakhan footage. Show some love. Show what he really be talking ‘bout. Educate the truth. Can’t ban all of us.”

Snoop Dogg joined the Nation of Islam in 2009, calling himself an “advocate for peace.” He donated $1,000 to the organization at the time of his joining. Farrakhan even promoted one of Snoop Dogg’s tracks on his music project, Let’s Change the World.

Facebook made the decision May 2 to ban Farrakhan and a handful of far-right voices on its platforms for being “dangerous.” In a statement to Fox News, Facebook said, “We’ve always banned individuals or organizations that promote or engage in violence and hate, regardless of ideology. The process for evaluating potential violators is extensive and it is what led us to our decision to remove these accounts today.”