Rubio Grills Tech Execs: ‘Do You Support Principles of Democracy?’ 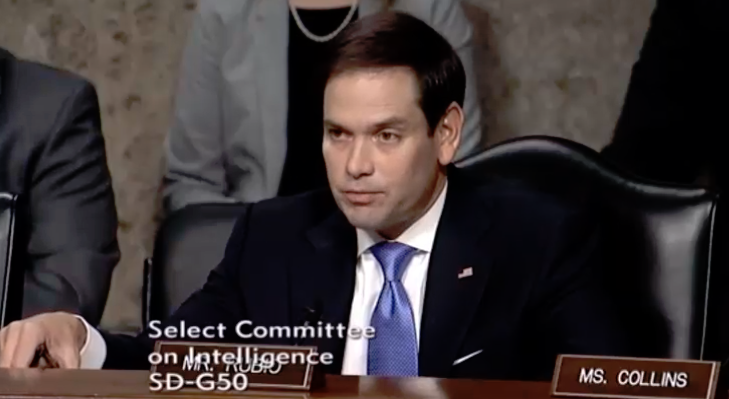 It’s worth asking big tech companies whether they practice core American values on a global scale.

After mentioning to the witnesses that Twitter and Facebook have worked with the governments of Russia, Turkey, and Pakistan and complied with these countries’ demands to censor content, Rubio asked, “These principles of democracy, do you support them only in the United States or do you feel obligated to support them around the world?”

In his opening question, Rubio explained, “Here’s the problem… what happens when an authoritarian regime asks you to do that, because their definition of disinformation or misinformation could actually be the truth. Their discord or what they defined as discord would be things like defending human rights, interfering in their internal affairs they would define as advocating for democracy.”

He mentioned that Pakistan had requested that more than 1,000 accounts be blocked due to Muslim blasphemy claims, and then pointedly asked Dorsey as to why they were working with countries to block accounts based on laws that go against freedom of speech.

Rubio asked, “In Twitter, how is blocking the accounts of journalists and an NBA player [in Turkey] in keeping with the core tenet of freedom with expression?”

Dorsey responded, saying that Twitter was required to work with foreign governments, but that the company had fought against the Turkish governments many times. He said that Turkish citizens apparently were able to access blocked accounts by proxy, as if that made the situation better. He also stated that the company embraced and tried to stay close to American values.

In the beginning, Rubio also called the Google “arrogant” for not sending a top executive to testify at the hearing.